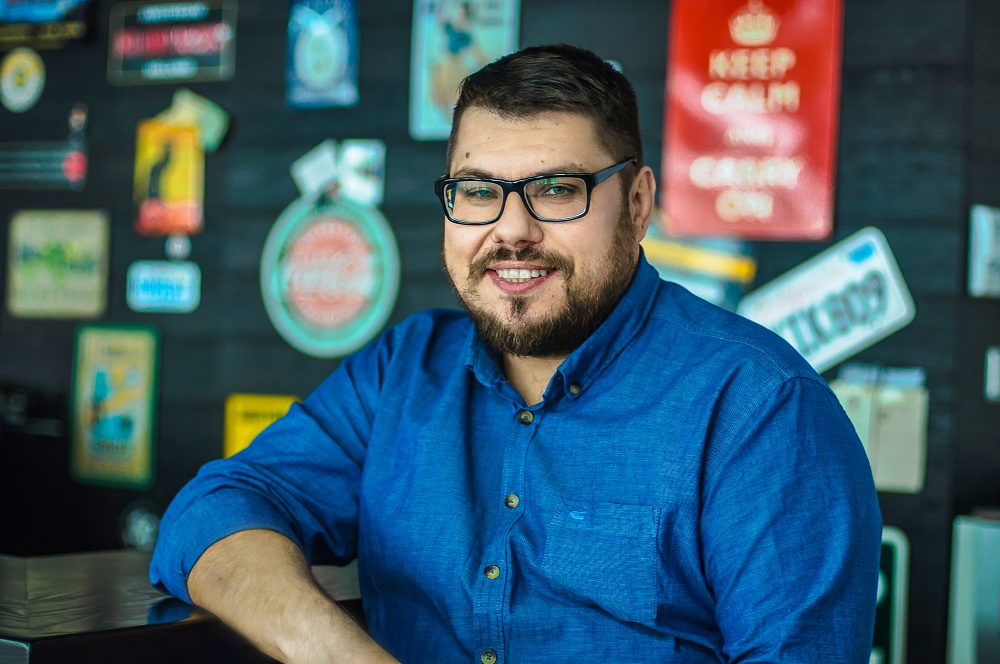 The interview was originally published at Hold the Trend, conducted by UDI Content Manager Alina Nychyk.

Foreword: Ukraine is a country steeped in corruption. Politicians in power fully control policy and courts. It is difficult for businessmen to operate unless they have connections in government. Truthful entrepreneurial data is very difficult to find. Open data policy is not fully implemented. Business have to dwell in an atmosphere of uncertainty and high risks. After the Euromaidan many new laws were implemented as part of Ukrainian integration into the European Union, however, old corrupted elites still hold power and many reforms were unfinished.

Interview with Aleksey Ivankin, Ukrainian IT specialist, founder of OpenDataBot, expatriated to Poland when Ukrainian government played unfair with his business.

I was living in Ukraine and owned an IT business. Of course, I knew that raider attacks are widespread in Ukraine and people in power are responsible for them. However, like most people I was thinking that this is something that can happen to others not to me. 3 years ago some events changed my perception. One day, my co-workers and I came to our office and found out that our corporate shares in one of our business were stolen. Later, police took all our computers and servers from the office, using fake criminal case. The work of my company was blocked.

We spent 6 months for returning our computers and servers and received them only after the court decision.

I was thinking it over and analyzing. I came to my mind that we would not appear in the respective situation had we some notifications of changes in our company beforehand. One year ago, in April, Ukrainian government changed regulations of open data policy in the country. Corporate registry data were appearing to the public once a week. I thought that we could compare the data from the previous week to those of this one. Ukrainian people need protection from raider attacks from the police and politicians.

Unfortunately, there are no changes in the work of police and government policy towards IT-companies in Ukraine. So, we decided to leave Ukraine. The first country for our company was Thailand, but later we understood, that it would be more beneficial for us to be closer to Ukraine. Finally, we moved to Poland last year.

In Poland there is KRS (Krajowy Rejestr Sądowy – National Court Register), where everyone can check the data about any company. Here, business activity is simpler and faster. In Ukraine there is a possibility for some companies to get protected data from the government, but it is not available for all. When during our work we found out that “open data” policy is not full and we still did not have access to much data, we started writing petitions to the public media to press on the government. I also gave a number of interviews to Ukrainian popular media to inform the population about this. The government did not like this and started a response campaign against us. It’s easier for them to claim that I am a liar than just open the whole data to the public.

OpenDataBot is a service that allows you to monitor registration data of Ukrainian companies and court register. With this information, you can control your contractors and protect yourself against corporate raids. We collect information from the open public registers and other sources and send instant messages to your Telegram, Facebook Messenger, Skype or Viber. We provide a free application, which gives a chance to get information about any changes in chosen by you companies. I will give you a simple example, when Ukrainian lawyer comes to work every day, he needs to spend 20-30 minutes to check his registration and court decisions. We save time for 26 000 users every day.

Presently not, but we could think about providing such a possibility.

There are around 1 mln companies in Ukraine, we analyse 25 000, not bad at the moment. We are developing. We had requests from banks to control their lenders. It is a widely spread situation in Ukraine, when someone lends money from the bank and later announces fake bankruptcy, the bank loses its money and cannot do anything.

When open data policy works properly, business can analyse the information, understand growth possibilities and protect itself. Otherwise, every businessman can appear in this situation, which made me leave Ukraine.

The future depends on Ukrainian business and media. From our side, OpenDataBot will demand government to implement Public Information Law, that started open data era in Ukraine in 2015.