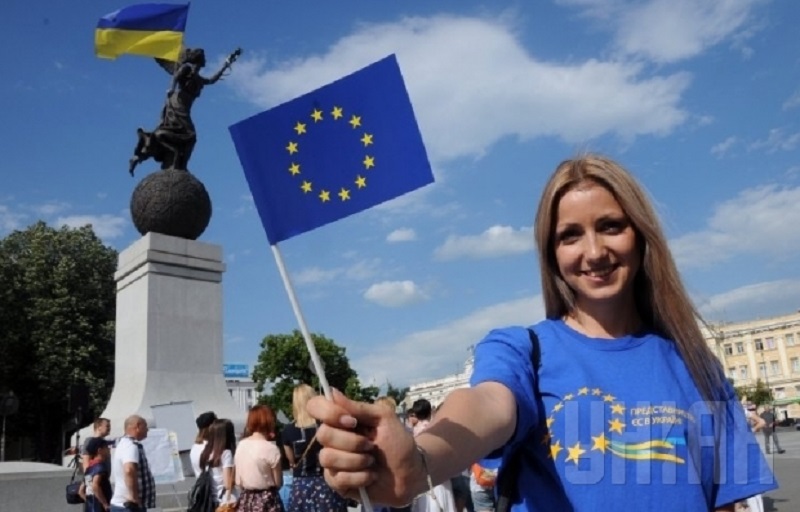 The article was written by Aleksandr Zamkovoy, UDI Associate business specialist and economic analyst with the “Institute of Political Information”.

A long before the voting process in the European Parliament and the actual granting Ukraine of visa-free travel with the EU countries few people followed the process of visa liberalization, which began in October 2008 as part of the EU Eastern Partnership program. Even fewer people know how many steps have been taken recently towards reforming legislation and establishing effective democracy instruments at the national and local levels. It took Ukraine just one and a half years to fulfill all the requirements and recommendations set out in the final report of the European Commission and thereby earn the changes made by Council of Europe Regulation No. 539/2001, which canceled visa restrictions for Ukrainian citizens.

The implementation of the “Action Plan for Visa Liberalization” has really became a national priority for us. But even 3 years ago, Ukraine just moved from bureaucratic approvals to the stage of requirements implementation.

How did Ukraine manage to get so close to this historic moment? Not only high GDP growth rates have consistently led Serbia, Croatia, Moldova and a number of other countries to a visa-free regime with the EU, but a clear and timely fulfillment of all the requirements of the European Commission. These requirements aim at introducing effective bases for the functioning of state authorities and public institutions by controlling their activities. It was enough to prove a sound desire for European standards and demonstrate stable development. It is worth noting that the European Commission is rationally assessing the potential risks that Schengen countries will face. However, taking into account the mutual responsibilities of the European and Ukrainian authorities, the agreement was nevertheless implemented by the European Parliament.

To move the border with the EU member states and stay in their territory for up to 3 months (for every 180 days), the need to obtain a Schengen visa will be withdrawn as early as June 2017. It’s no secret that for many Ukrainians, the need to obtain visas for travel to the EU countries significantly complicated the travel process, constrained their advance planning, was a source of additional expenses. Because of this, a significant proportion of Ukrainian tourists never crossed the borders of the EU, preferring to spend their holidays in other places or substantially minimizing it. However, the removal of visa restrictions is intended to significantly affect not only the simplicity and ease of crossing borders, but also to introduce an element of openness in relations between Ukraine and the EU, which are still observing each other.

The article was translated by UDI Translator Christina Gvozdkova.