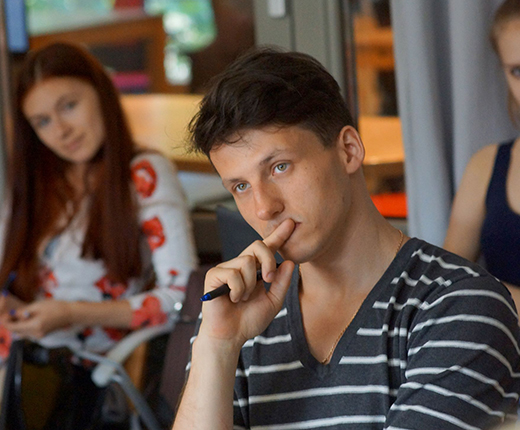 Oleksandr Zamkovoi holds a Bachelor Degree in Management of Foreign Economic Activity from the I.I. Mechnikov Odessa National University, and a Masters Degree in International Management from Institut Superieur d’Agriculture de Lille. Having joined the NGO “Institute of Political Information” in 2012 as a project manager, Oleksandr has acquired profound experience in the organization and implementation of public projects.

Starting from 2015 as Institute of Political Information project manager Oleksancdr took an active part in the all-Ukrainian NGOs coalition “Transparent Councils”, which was founded with the main objective of implementing anti-corruption practices and regulations at the local level. Significant results have been achieved in this area. Supported by Internews-Ukraine, in 2016 Oleksandr joined a project monitoring public officials’ electronic declarations and the usage, by state bodies, of the public procurement e-system “Prozorro”. This experience guided Oleksandr to join the NGO anti-corruption coalition “Under Control”, which helps uncover corrupt acts committed by state officials.

In addition, since 2014 Oleksandr has worked as a full-time journalist and economic columnist for the news site Informer.od.ua, a platform which allows public activists to publish their own analysis and monitoring of social and political activity in the region. The number of visitors to this website in March-April 2016 was 120,000. Oleksandr is further a specialist of economic forecasting in the joint Swiss-Ukrainian company Palma Group S.A., where he is responsible for monitoring mass markets, industry analysis, business planning, and assessment of corporate risks.