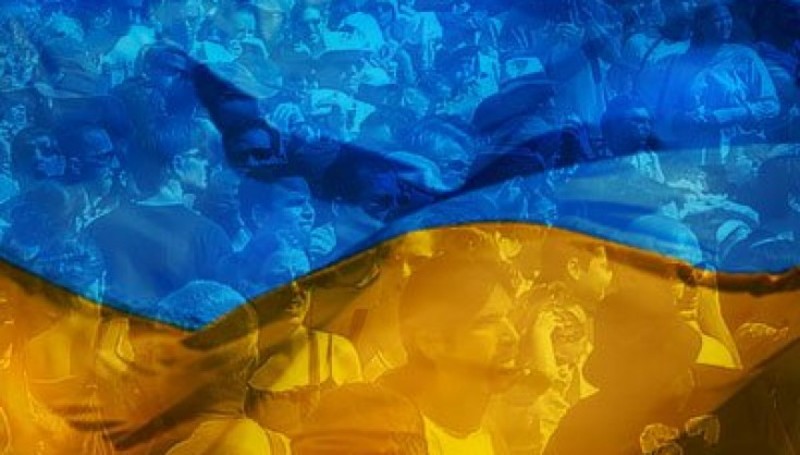 The article was written by UDI Associate Alina Nychyk.

Starting from Euromaidan uprising and continuing to the present days of fragile ceasefire and low implementation of reforms in Ukraine, the Ukrainian diaspora has been an influential fighter for the country’s better future. The Ukrainian diaspora has played a significant part in country’s affairs, exemplifying a unique formula for diaspora interaction with its country of origin. The following analysis explores activities of Ukrainians living abroad when trying to solve the Ukrainian crisis.

When the Euromaidan protests began 3 years ago, expat Ukrainians rapidly mobilized to support their country. While Kyivans were freazing on Maidan, fighting for their European choice, foreign Ukrainians organized small ‘Maidans’ in their respective inhabited corner of the world. Ukrainians went out into the streets of London, Tokyo, Sydney, New York, Warsaw, and Frankfurt. Through these actions, the Ukrainian diaspora fought for a wider global response. First, the Yanukovych government was targeted for its use of force against peaceful protesters, and later the Russian aggressive actions in Crimea and Eastern Ukraine. For example, in Australia, a 40,000-strong Ukrainian community urged the country to impose sanctions on Russia after its annexation of Crimea. The small Ukrainian community in Hong Kong submitted a petition to Russian consulate, which later informed the embassy in Beijing. Ukrainians living in Russia were also concerned, trying to help Ukraine through different actions. Ukrainian organisations in Russia sent letters to Vladimir Putin, pushing for an end to Russian interference in Ukraine’s internal affairs. Then, whilst Ukrainians protested for the release of a political prisoner, Nadiya Savchenko, expat Ukrainians advocated this in their local communities. The combined effort succeeded. By informing people in other countries, Ukrainians managed to popularize the crisis in Ukraine and to raise foreign awareness about the country.

Significantly, Euromaidan sparked awareness of Ukrainians internally and externally. Many individuals, having left Ukraine some time before, did not feel themselves much connected to their country of origin. The famous protests inspired a far-reaching reconnection to Ukrainian roots for many emigrants. They began attending events and requesting their local governments to support Ukraine. Many drew in their new foreign families or friends with. This fueled a more prominent mobilization of the Ukrainian diaspora. Unprecedented numbers of people attended Ukrainian events in various parts of the world. In many countries, Russian embassies became a popular platform for Ukrainian protests. Such actions did not influence Russian policy on Ukraine. However, the protests brought the Ukrainian situation to the doorstep of foreign governments, which in some instances built momentum for imposing sanctions on Russia. Aside from donations and material help, numerous expat Ukrainian volunteers were directly fighting the war in Donbas.

Ukrainians living in Western democracies began to question the adequacy of international response to events in their home country. Russia broke with its obligations as a signatory of the 1994 Budapest Memorandum on Security Assurances when it annexed Crimea. Other foreign signatories – Britain and the USA – did not react as obligated by the treaty. The Ukrainian diaspora got confused by the lack of political will to stop human rights violations in Ukraine. For many Ukrainians, the possible reason for this reluctance was connected to a lack of information or a spread of misinformation about the situation. These campaigns included a number of protests and events discussing the conflict in Ukraine, photo exhibitions, and initiatives to prove Russian misinformation. Each action expressed a fight for Ukraine. In the last 3 years, the diaspora also established a number of new NGOs, civil initiatives, and media around the world. Even expat Ukrainian students engaged in the awareness campaign by developing study projects and presentations on the situation in Ukraine. It is in the last 3 years that being a Ukrainian has became fashionable, and supporting Ukraine became trendy. Unprecedented foreign awareness was reached when Hollywood stars were dressing in Ukrainian style clothes, and wearing T-shirts with words condemning Russian aggression against Ukraine. (For example, Arnold Schwarzenegger wore T-shirt with Crimea and the inscription on it “I’ll be back” etc.)

As a consequence of the Ukrainian diaspora’s fight for Ukraine, countries with bigger and more active diasporas introduced greater responses to the crisis in Ukraine. If not talking about sanctions, even casting votes for United Nations General Assembly Resolution 68/262 affirming Ukraine’s territorial integrity, could serve a perfect example. It was introduced among others by Canada, Germany and Lithuania. Most countries with active Ukrainian diaspora voted in favor and many countries without it abstained. If not looking at the dependencies of some of the ‘against’ and ‘abstained’ voters from Russia politically and economically (like Kazakhstan, Belarus) or autocratic political regimes (as Syria, North Korea, many of the African “failed democracies”), the influence of the Ukrainian diaspora is very vivid argument.

Knowing the abilities of diaspora, when hosting Ukrainian World Forum in Kyiv this August, Petro Poroshenko stressed that Ukrainians all over the world should unite and protect their country. Sociologist, Vic Satzewich, aptly pointed out that one of the positive outcomes of the conflict in Ukraine is the reinvigoration and reunification of Ukrainians globally. According to him, the Ukrainian diaspora enhanced its ability to globally drive actions to benefit Ukraine, making valuable influences. It lobbied foreign governments, organised countless protests, collected aid, and stably informed the world about events in Ukraine. Therefore, the significant role of the Ukrainian diaspora in addressing the Ukraine crisis is undeniable. Ukrainians all over the world showed their support and awareness, spreading it in their foreign societies and helping to improve the situation in Ukraine in many ways.