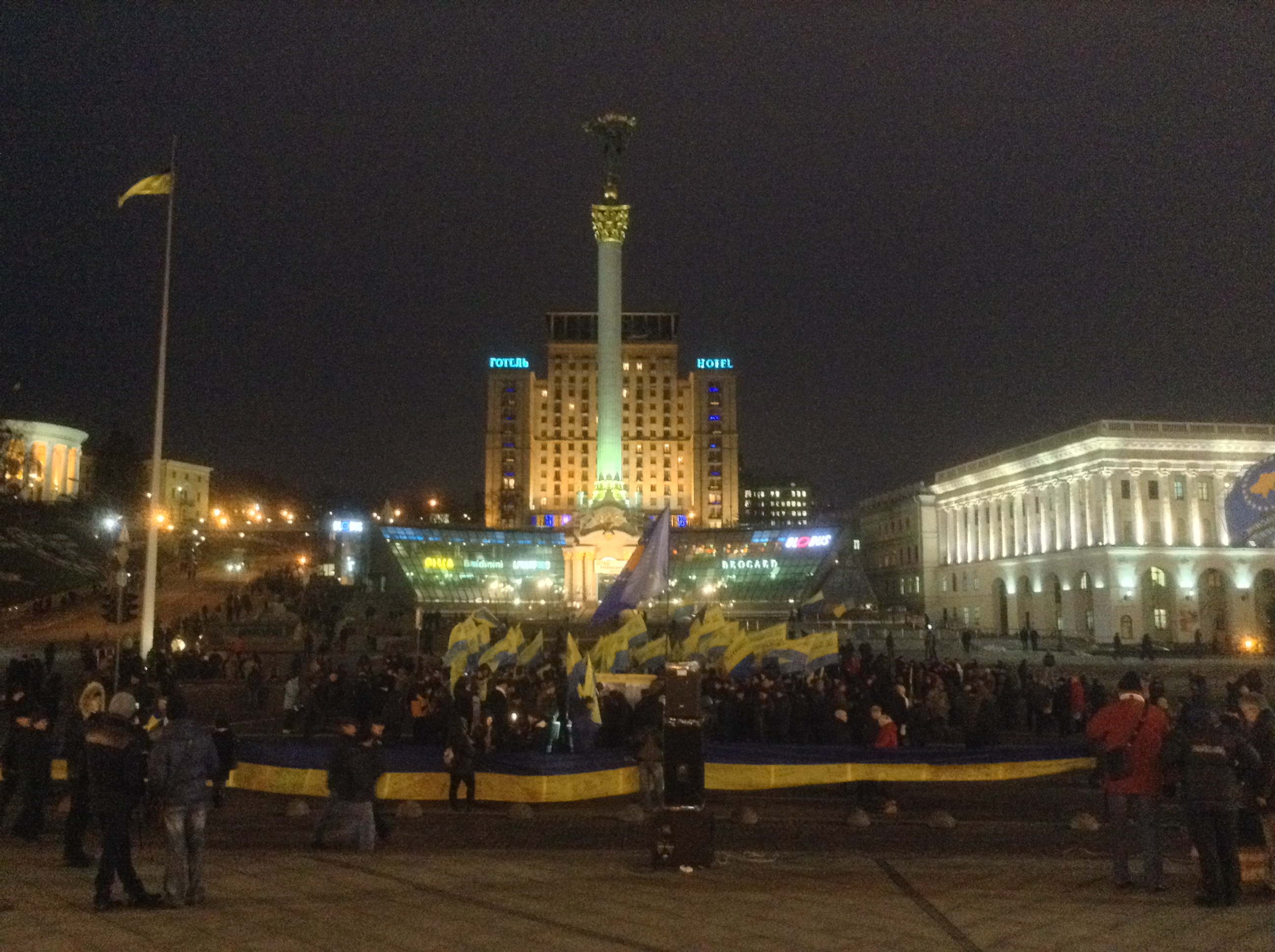 Three years have already passed since 21 November 2013, when Ukrainians went out to main country’s square – Maidan – to defend their European choice and to ask former President Viktor Yanukovych to sign the Association Agreement with the European Union. A peaceful demonstration became a trigger to a series of unprecedented and horrible events. Viktor Yanukovych did not hear the begging of Ukrainians, which fueled further protests. The former president and his pro-Russian supporters fled the country, which in turn left the pro-Russian part of the population in Crimea and Eastern Ukraine dissatisfied with pro-European course of the country. Russia used the opportunity to divide the population in these vulnerable regions. In March 2014 Russia made a fake referendum and annexed Crimean peninsula. Later a bloody war started in Donbass region, which according to various sources killed around 10,000  and displaced more than 2.5 million people.

At that time, the pro-European government in Kyiv was struggling to reform the country and to fight corruption. It was not very successful: for example, the recent e-declaration system required politicians to declare their wealth and it showed how rich present politicians are in comparison to ordinary people hardly making money enough money to get by. Even when we look past the war, the situation in the country is far from good and stable. The currency is falling, prices are going up and people’s salaries – down, European perspectives are far from reaching for most of the population and for the countey as a whole. The average salary fell from $410 in 2013 to $160 in 2016. The minimum salary has just been raised till $123 per month.  People’s dissatisfaction grows and new protests happen quite often. Today on  21 November 2016, Ukraine is celebrating the Day of Dignity and Freedom. Some provocations and conflicts are expected, so in the afternoon there were more police than civilians on Maidan.

What is happening on Maidan on this important day? It appeared that not so many people came to celebrate the 3rd anniversary of Euromaidan. One of the reasons could be the fear of provocation and attacks, the possibility of which were promoted in all media. The other reason is much more complex and difficult to overcome – huge disappointment of people. Ordinary people left without any possibility for a normal human being cannot trust government any more. Here are a few photos from Maidan this afternoon. 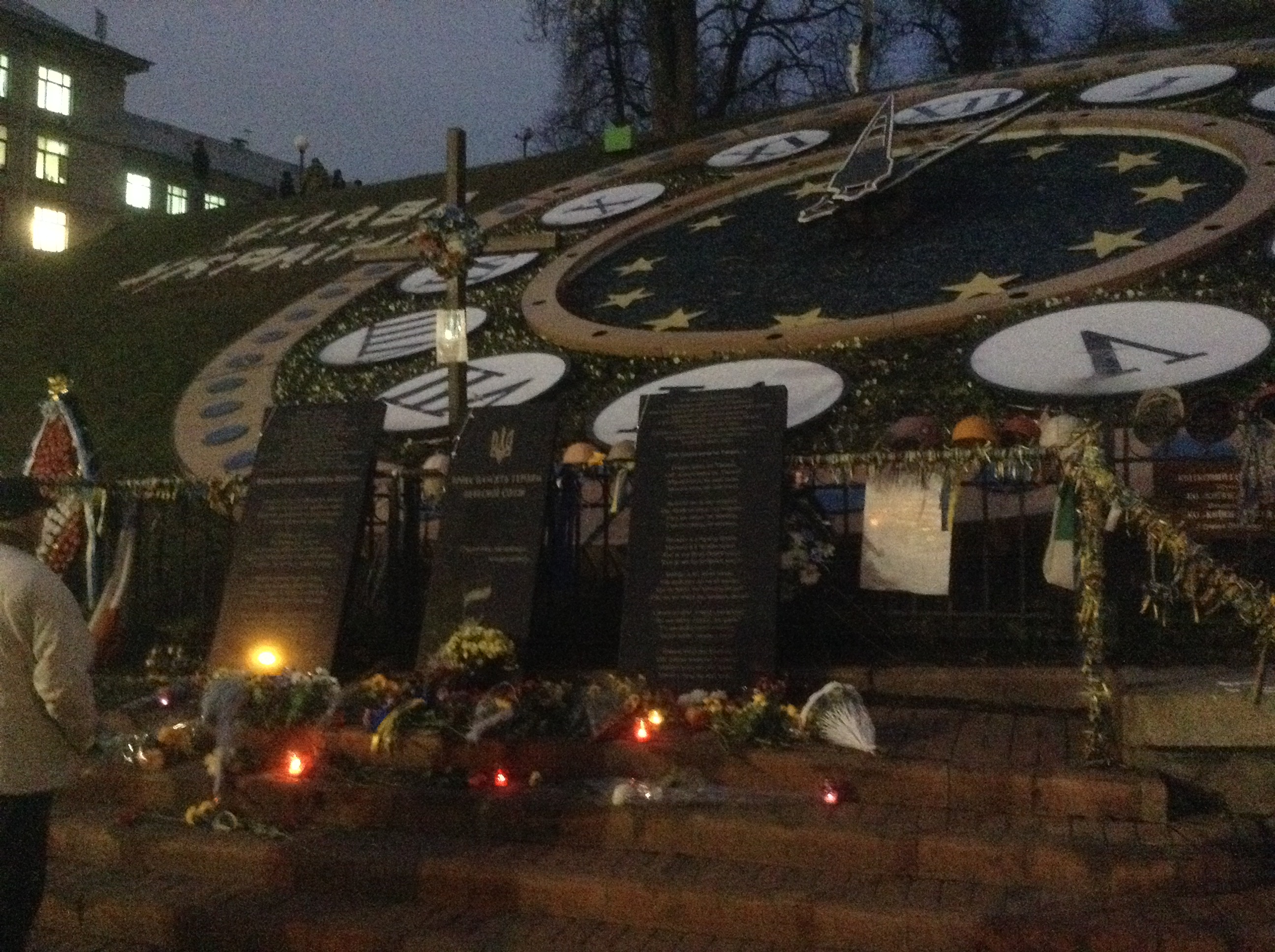 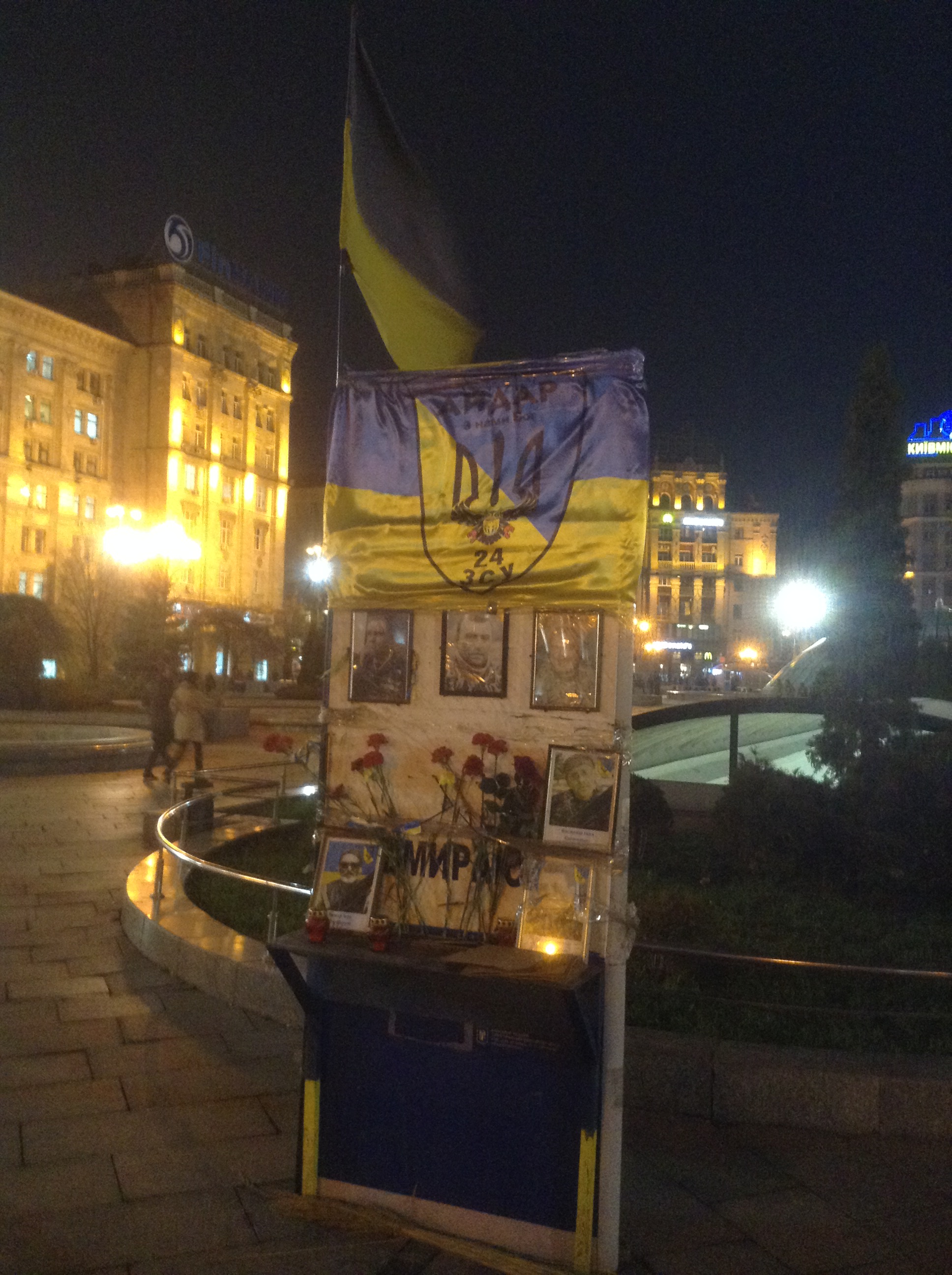 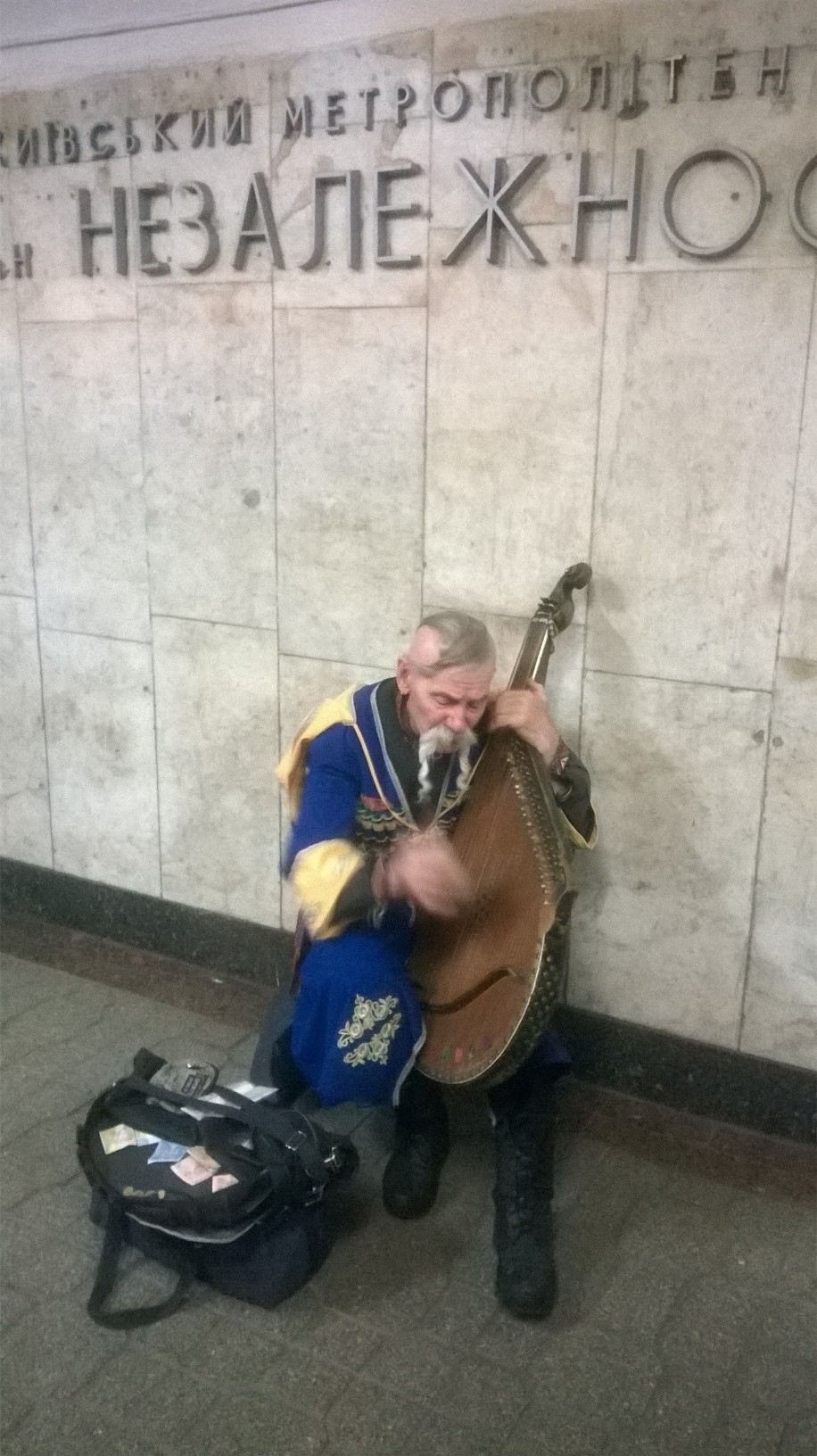 Ukrainian cossac playing bandura to earn for his life