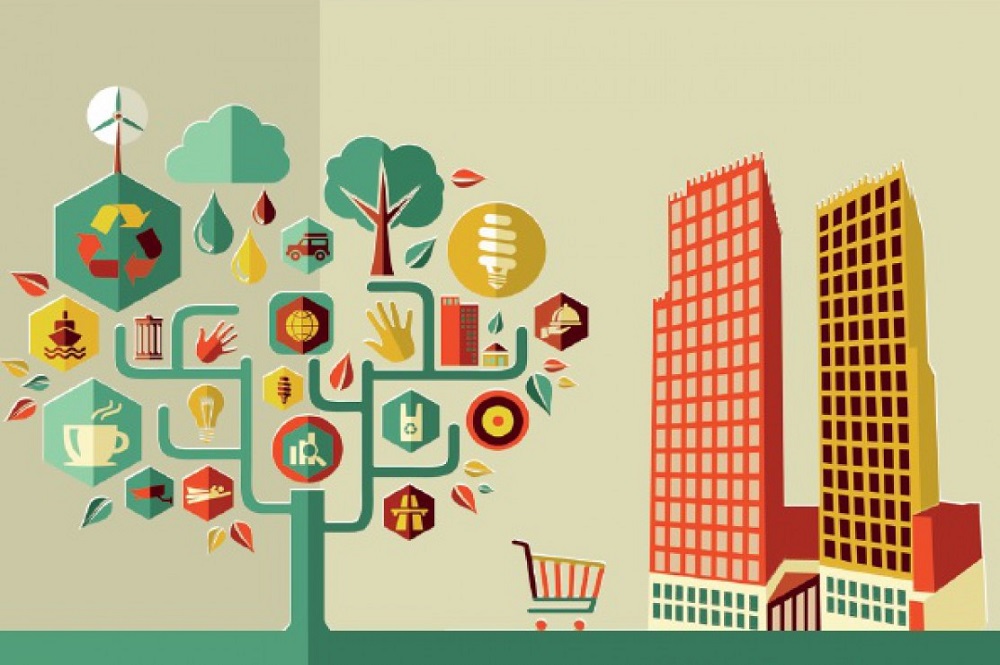 According to the WTO (2016), the share of public procurement in the global GDP accounts for 10-15 percent[1].  The notion ‘public procurement’ refers to “the purchase by governments and state-owned enterprises of goods, services and works”[2]. Insufficient competitiveness and transparency of public procurement were repeatedly emphasized as the key issues to be addressed through reforms in Ukraine. Over the period from 2000 to 2016, Ukraine’s system of public procurement underwent several waves of reforms, providing for multiple revisions of the framework public procurement law. The reason for that has been that several times newly adopted public procurement laws were not implemented as originally drafted, but complemented with corruption-friendly exemptions, “watering down” the advantages of these laws’ provisions[3]. In view of such vicious circle, it came as a surprise that in 2016 the EU recognized to be public procurement as “one of the flagship reforms of the current government”, praising numerous achievements in this domain[4].

Does this mean that the new government made a breakthrough and introduced a truly transparent and competitive public procurement system? What are the exact advantages of the reformed public procurement legislation? And is it possible to cheat on ProZorro, the open electronic tender system? Answering these questions requires an in-depth analysis of the current wave of procurement reform, addressing the rationale and importance of public procurement as a reform field; official targets of the reform, as well as its achievements and challenges.

Why is public procurement so important?

There are four major reasons, why public procurement is a crucial reform domain.

Third, a chance to participate in a transparent and fully competitive tender procedure stimulates private sector enterprises to improve their capabilities and produce innovative solutions. In turn, along with the strengthening of the rule of law, private sector development contributes to economic growth.

Fourth, as public procurement becomes ever more important within the global GDP, favourable legislation and procedures in this domain are capable of enhancing a state’s role in the world trade and attracting foreign direct investment. Since globalization presupposes tight link between a state’s success in international economic relations and its economic growth, openness and competitiveness of public procurement sector once again conditions economic growth.

TARGETS OF THE PUBLIC PROCUREMENT REFORM

The targets of public procurement reform in Ukraine are stipulated in multiple sources, such as the documents of National Reform Council and the EU technical assistance project “Harmonization of Public Procurement System of Ukraine with EU Standards”. However, the most comprehensive list of targets can be found in the National Strategy of Reforming Public Procurement (“Roadmap”)[5]. These targets include:

All the tasks and targets of the Strategy are expected to be achieved by 2022. That is why, now it is too early to assess the results of the Strategy’s implementation as a whole. However, as the first stage of the Ukraine’s legislation to the EU’s acquis is already completed, it is possible to analyze the steps that were taken to achieve the Strategy’s targets and which deficiencies of the system need to be addressed as soon as possible.

ACHIEVEMENTS OF THE REFORM

The EU reports and media sources praise public procurement as the ‘flagship’ reform field in Ukraine, wherein significant successes have been achieved so far, despite the system’s opposition to change[7]. The key achievements to found in the above sources are as follows.

First, Ukrainian Government managed to complete the first stage of the approximation of public procurement legislation with the respective regulations and directives of the EU within the timeline, envisaged by the DCFTA. In particular, the abovementioned Public Procurement Strategy and the new Law of Ukraine “On Public Procurement” were adopted. These terms, concepts and standards, contained in these framework documents, were acknowledged to comply with acquis communautaire and provide Ukraine with an opportunity to proceed with the second stage of the approximation process.

Second, the framework Public Procurement Strategy and Law created the basis for launching the electronic tender system, called ProZorro. ProZorro plays an integrating role vis-à-vis a number of authorized electronic forums for conducting public procurement, and allows for the cooperation between a public agency and private company, registered at the different e-procurement forums[8]. The new Public Procurement Law obliges public agencies to use ProZorro in cases, when the price of goods or services to be procured equates to or exceeds UAH 200 thousand (or UAH 5 million in case of works)[9]. While the Public Procurement Law does not regulate the procurement of objects below the given thresholds, they are governed by respective bylaws that provide for flexible procurement conditions.

Enhancing data openness (‘everyone sees everything’ principle) and serving as a forum for open bargaining, ProZorro also allows private entities to appeal against public procurers electronically and, thus, suspend the procurement procedure until the decision in the case would be adopted[10]. As compared to the 2014 version of the Public Procurement Law, the new appeal procedure does not let a public procurer a ‘space for maneuver’ to ‘wrap up’ the suspicious procurement before the appeal is considered by the Antimonopoly Committee. It is also praised for reducing the number of formal reasons under which the Antimonopoly Committee was previously allowed to refuse from the consideration of an appeal. To make appeals more effective, the founders of ProZorro currently elaborate on a DoZorro system to monitor ‘suspicious tenders’ and link the outcomes of monitoring to an appeal procedure.

For the time being, ProZorro is being linked to two more achievements. First, having developed from a “volunteer-led initiative” to the “nation-wide procurement reform”[11], ProZorro exemplifies bottom-top approach to reforms and Ukraine’s strengthened civil society. As regards the ‘ends’ of ProZorro, it has already been reported to save public funds, accounting for UAH 8 billion, and is expected to save up to UAH 50 billion annually[12].

Finally, approaching Ukraine’s international cooperation in the field of public procurement, it is to mention that in 2016 Ukraine officially joined the WTO Agreement on Government Procurement (GPA). The GPA provides for liberalizing public procurement markets of forty five Members to the WTO and is continually revised to counter the discriminatory aspects of domestic procedures. Joining the GPA is associated with the expansion of market access opportunities for Ukrainian businesses and enhancing the competitiveness of public procurement in Ukraine through creating the framework of foreign companies’ participation therein.

To sum up, the first post-Euromaidan Government of Ukraine managed to make a range of important steps in the domain of public procurement, contributing to the achievement of virtually all targets of the reform. However, as it is illustrated in the next sub-chapter of the article, it is still early to relax and call public procurement reform an ‘ultimate success’.

CONTINUING THE REFORM: THREATS AND CHALLENGES

According to the comprehensive analysis of the public procurement reform efforts, conducted by Stewart (2013), the vast majority of the previous waves of public procurement reform in Ukraine failed due to the ‘floods’ of exemptions from open bargaining procedures. The most vocal example in this regard has been the fact that the procurements, made for 2012 European Soccer Championship were exempt from the application of standard open bargaining procedure[14].

A range of media sources reported important state enterprises to deny the most beneficial offers for the sake of promoting kickbacks and nepotism[16].

This leads to a number of challenges. First, the criterion of quality of goods and services to be supplied does not normatively play any role in determining the winner of the open bargains. Thus, there is a threat of cheap low-quality goods and services suppliers becoming the ultimate leaders for ProZorro. Moreover, the system does not operate any criteria related to the reliability of suppliers. Subsequently, according to the data, gathered by the OpenDataBot[18], in 2016 the companies, blacklisted by the Antimonopoly Committee of Ukraine, won more than UAH 460 million through Prozorro[19].

In case of domestic suppliers, the procurer first conducts the evaluation of economic efficiency of the offers and then checks whether an offer is in conformity with the tender documentation. In case of foreign participants of tenders, the process looks vice versa. First, the tender committee of the procurer assesses the offers from the formal standpoint. Next, only selected offers (that were not denied due to formal reasons) undergo the process of cost-effectiveness check. Such procedure creates a barrier for the foreign enterprises’ participation in tenders.

While the development of institutional infrastructure of public procurements largely remains the ‘work in progress’ (especially with regard to delimiting authorities between the control and law enforcement bodies), DoZorro is still incapable of effectively monitoring ‘suspicious’ tenders.  The major reasons for that include the lack of a normative link between civil society’s monitoring of public procurement and the launch of governmental control procedures, as well as the underdevelopment of the web-platform itself.

Successful reform of public procurement needs to be accompanied by the changes in the domains of competition and state aid. The key issue with regard to the ongoing state aid reform deals with the exemptions from reporting state aid, contained in the 2014 State Aid Law. As noted by experts of the EU Support for Public Procurement project Stuart, Cemnoloskins and Roginska (2014), the above exemptions create “the real risk that the Law would become unworkable and a virtual certainty that it will fail to comply, in practice, with the EU standards”[20].

Given its tight links to the issues of competitiveness, rule of law and economic development, the transparency and efficiency of public procurement procedures in a state are of significant importance for both domestic and external stakeholders.

Since 2000, public procurement has repeatedly become an emphatic focus of reforms that never succeeded due to governments’ failures to implement well-formulated laws. Against this background, the post-Euromaidan public procurement reform (tightly linked to the implementation of the EU-Ukraine Association Agreement) looks promising. Its achievements already include progress in the approximation with the EU acquis; reporting specific savings thanks to e-procurement and enabling Ukraine to join the WTO GPA.

Nevertheless, the reform is far from over. A successful achievement of the reform targets requires taking a range of steps, such as:

[3] For an insightful analysis of the dynamics of public procurement reform in Ukraine, see: Stewart, S. (2013). Public Procurement Reform in Ukraine: the Implications of Neopatrimonialism  for External Actors. Demokratizatsiya, Vol. 21(2), p.198.

[9] For an in-detail analysis of the thresholds’ functioning, see: Bilans Consulting (2016). Procurements Under-the-thresholds: Organization of Procurements and Responsibility. An Example of the Procedure of Under-the-threshold procurement. Retrieved from http://bilans.com.ua/stati/gosudarstvennye-zakupki-v-ukraine/135-doporogovi-zakupivli-organizatsiya-zakupivli-ta-vidpovidalnist-zrazok-poryadku-zdijsnennya-doporogovikh-zakupivel.

[13] The course can be reviewed at: https://courses.prometheus.org.ua/courses/Prometheus/PP101/2016_T1/about

[16] See, for instance: Andiruchenko, P. (2016). The Dark Side of ProZorro. Available at:  http://www.epravda.com.ua/rus/columns/2016/10/24/608798; Bilinska, N. (2016). How the Assurances in the Transparency of Public Procurement can be Converted into the Competition with Pre-defined Results. Retrieved from http://zib.com.ua/ua/125413-yak_zapevnennya_v_prozorosti_tendernih_zakupivel_mozhna_pere.html.

[17] For an overview of the role non-rice factors play in ProZorro, see: Dubova, J. (2016). Issues and Problems with Public Procurement. Retrieved from https://buhgalter.com.ua/articles/zakupivli-za-derzhkoshti/pomilki-ta-problemi-pri-elektronnih-zakupivlyah/

[18] OpenDataBot is a service that monitors open data registrars to prevent raiding and ensure the control of counter-agends. More information is available at the website: https://opendatabot.com.

[19] OpenDataBot (2017). Companies from the Blacklist of the Antimonopoly Committee  Won Moore Than 460 million UAH Through ProZorro. Retrieved from https://opendatabot.com/blog/25-prozorro-black-list