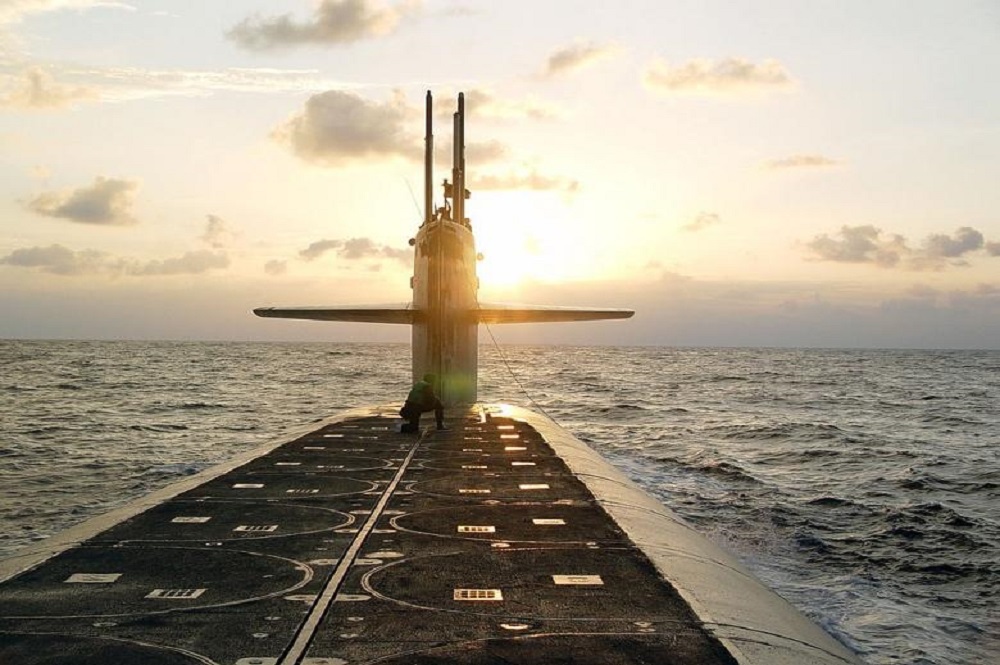 Credit to picture: The National Interest

Difficult economic situation was also a common feature for both sides but the military situation was totally different in quantity (largely in favor of Soviet bloc) and quality (nuclear weapons exclusively owned by the US). In this context, we see the situation of deterrence, where large conventional forces are deterred by the West with a threat of nuclear weapons’ use. Such an inequality enables and pushes the concept of “Immediate strategic nuclear response against a conventional attack” with high readiness to use all nuclear potential at once.

Public opinion should be also mentioned here as an illustration. Regardless horrifying effect of Hiroshima and Nagasaki bombing, it was taken by the American citizens as a necessary mean that saved lives of American soldiers.

Reflecting the mentioned above, the Strategy is entirely based on the US nuclear forces with other nations just assisting in defense. Doomsday Clock that shows whether we are more or less safe, counts 3 minutes to midnight.

At the structural level, we see the ongoing block-forming process with the European Coal and Steel Community established in 1951. In 1952 Turkey and Greece became NATO members but the Korean war dominated the agenda as a disputable zone with the US entering the war in 1950. The political picture was more or less stable with slight changes as the Democrats took lead at the Senate and such an influential leader from the Conservative party as Churchill became the Prime Minister of Great Britain.

Ongoing Korean war 1950-53 has shown different attitudes within American political establishment to nuclear weapons. Finally, D. MacArthur’s insistent claim to use up to 30 nuclear bombs to win the war was denied and provocation failed. The role of European allies was important here as no IBMs to reach US territory were at the Soviet disposal but USSR was able to reach Western Europe in return. Great Britain and France followed by other European allies argued against the use of nuclear weapons and after C. Attlee successfully communicated these concerns to H. Truman.

Both blocks have progressed in the development of the nuclear weapons with the USSR (unexpectedly for the USA) testing it in 1949 and the USA testing thermonuclear weapons on 1.11.1952.

This encouraged NATO to change strategy to “Massive conventional force build-up”, proposed by Dean Acheson (51st United States Secretary of State) with an idea of a symmetrical response and possibility to gain some time and stop Soviet-cum-Satellite aggression in Central Europe while the American strategic offensive air forces ware under way. Doomsday Clock counts 2 minutes to midnight.

This period shows well how internal changes in particular countries can gradually grow up to the multinational level. Previous strategy and its ideas turned up to be enormously expensive on a practical level for Western economies. This provoked a shift primarily formulated by the British Government at the second Global Strategy Paper as a need to make the Soviets aware that any aggression in Europe will be met with “an instantaneous and overwhelming atomic air attack” with higher role dedicated to the nuclear weapons to counter growing Soviet conventional strength in Europe. It should be taken into account that the British government was headed by Mr. Churchill, who sincerely believed that attention, previously paid to the value of nuclear weapons, was insufficient.

In the United States of America, Dwight D. Eisenhower became a president in 1953 with the Congress majority taken by the Republican Party. Thus, the US Secretary of State John Foster Dulles first introduced massive retaliation as a doctrine on January 12, 1954, when addressing the Council on Foreign Relations, included the threat of asymmetrical responses with nuclear weapons even in wars outside Europe, followed by adoption of the “New Look” policy into the United States National Security Council document NSC 162/2 of 30 October 1953. At NATO level, we see adoption of such concept as “Massive retaliation” with all mentioned above ideas incorporated. This was a logical combination of political situation with particular leaders on top and technological progress in the military sphere of that time when atomic weapons had a relatively low explosive capacity and were successfully tested in Nevada for tactical air forces together with a range of ballistic missiles developed and deployed for strategic uses1. The USSR has also progressed with the development of the thermonuclear weapons and both blocks were comparatively equal by the types of available weapons but not by its quantity. At the same time, MC 48 was not replacing MC 14/1 and it was agreed that MC 14/2 would be further developed. No information on Doomsday Clock available those years…