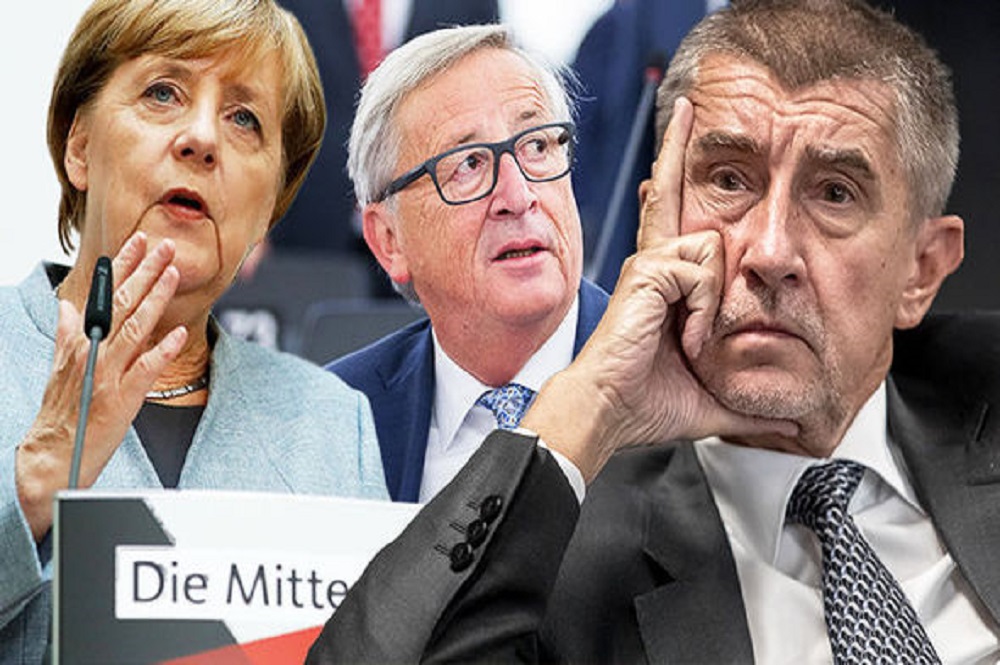 The article was originally publishe at Hold the Trend. By UDI Content Manager Alina Nychyk.

Small prosperous country in Central Europe decided not to stay apart from global far-right and populist tendencies. 2017 parliamentary elections brought new forces to power and threw away the previous leaders. What happened in Czech Republic the last weekend and what to expect from country’s future policy?

On 20-21 October 2017, parliamentary elections took place in Czech Republic. The outcome brought to power populist and far-right together with Eurosceptic and pro-Russian forces. The European Union and other Czech partners have to deal with the consequences and to search for cooperation with the new Czech government, which will be formed in one month maximum.

The party of so-called Czech Donald Trump won the elections and he will probably become a new Prime Minister. The party got 78 seats out of 200 in Czech parliament. The second biggest support received Eurosceptic Civic Democratic Party, the third – the Piracy Party. Right radicals are 4th and communists are 5th in this elections’ marathon. The party of present government was only 6th. Altogether, 9 parties entered the parliament.

Now it is the time for all winners to form a new government. However, with such vinaigrette of political ideas and attitudes, it would be difficult for these 9 parties to find a common ground for cooperation. Andrej Babiš, the leader of the victorious party is most probably going to lead the new coalition. With his party, ‘Action for Dissatisfied Citizens Party’, being created in 2011 and taking second place in 2013 parliamentary elections, Babis was already Finance Minister of the country. After his purchase of many Czech media,  he faced the allegations of spreading biased information about him and his party.

More serious accusations came later. Babis was charged with fraudulent use of 2 million euro coming from EU subsidy a decade ago. Politician denied any wrongdoing and said the investigation was invented by his enemies to prevent him from winning the elections. He and another member of his party lost parliamentary immunity in August this year and parliament allowed prosecution in September. If the case is in court, they face potential prison sentences. In spite of this ANO party won the elections. Many say that Czech billionaire used momentum in the society and no accusation could stop him from victory.

With all the above, Andrej Babiš’s promise to fight corruption in the country looks rather ridiculous. In general, ANO’s programme is a mixture of right and left ideas. They support reducing taxes and increasing pensions at the same time. Andrej Babiš’s ideas look very much like populist promises from other parts of the world. As his party received the biggest support, he is to form the new coalition. And due to his corruption charges a few parties already rejected being in government with him. At the moment, the composition of future Czech government stays a mystery.

The perspective for the EU

Czech elections 2017 are crucial for the future of the European Union. As for now, populist and right forces are in power in Hungary, Poland and to less extent in Slovakia. With Czech Republic joining ‘the sceptic camp’, its voice becomes stronger and can influence the EU’s integration. The two-speed Europe can become a reality.

The leader of the winning party, Andrej Babiš, promised to stay pro-European. He is against the introduction of euro in Czech Republic, but does not want his country to exit the EU. The other parties, which will be in the new Czech Parliament, are more dangerous. Far-right politicians with strong anti-migration and anti-European ideas gained 22 seats out of 200 and have an opportunity to influence the formation of the new government. Rather in coalition or in opposition they will definitely make their voice heard.

Pirate Party has 22 seats, which is a great success, comparing to similar parties on European continent. While disliking EU and USA, they stay the most unpredictable in this parliament. The EU can expect any issues coming from them with high probability.

Eastern Europe is becoming every time a bigger concern for the European Union. Not long ago, Visegrad Group (the Czech Republic, Hungary, Poland and Slovakia) was presented as the success story of the EU in transforming former communist societies into pure democracies. However, with their present authoritarian tendencies in governments, hate against foreigners, especially the ones of different religion, they are turning rather to the EU’s failure. Should EU confess that it failed to build a stable democracy with liberal ideas such as multiculturalism in these countries? Czech Republic is one more reason for this.

Having these countries as the EU’s Eastern border gives the opportunity to other geopolitical players to take them into their sphere of influence. The Ukraine conflict is developing very close to the region and Russia was always a master in “carrot and stick” policy. This should concern Europe. The EU cannot afford the countries to become a place for nationalism streams in somebody’s geopolitical game. A new strategy should be created to take Visegrad Group on board again.

Fortunatelly, the European Union has started analyzing the danger coming from its Central-Eastern members. During the EU Summit in Brussels, President of the European Commission, Jean-Claude Juncker, decided to communicate with Eastern Europe and invited the leaders of Visegrad Group for dinner. It was the first such meeting of Junker with leaders of these countries in Brussels. This was a chance to build a bridge between Western more stable democracies and Eastern ones, which were not accepting the EU’s latest politics. For example, the distribution of refugees stays a hot topic in all mentioned countries, which make their population to turn away from the EU.

With the new Czech government, the European Union should pay more attention to the needs and points of view of its Eastern neighbours. If it does not take a threat into account, even worse scenario can follow.

The future Czech-Russian relations could also be changed after Czech elections 2017. With pro-Russian president, only the previous government was keeping Czech Republic in line with the EU’s policy towards Russian aggressive actions in Ukraine.

The possible Czech Prime Minister, Andrej Babiš, cannot be called either Russophile or Russophobe. He stressed his support for international law and territorial integrity of Ukraine, but supported the idea of Czech president, who offered Russia to buy Crimea from Ukraine. Being a businessman, Andrej Babiš does not support sanctions against Russia and would like to restore economic cooperation with the country.

As it was pointed out before, Pirate Party does not have its clear programmer. Its different members have various ideas as to Russia as well. Its leader, Ivan Bartosh, named Russia a treat, while other members participated in pro-Russian manifestations in the country.

Communists are fully pro-Russian. They often call Ukrainian government Nazi. The same way goes Freedom and Direct Democracy Party, which supports the elimination of sanctions against Russia and does not want to support Ukraine economically.

With so many pro-Russian ideas, the new Czech government could easily move closer to Russia both in economy and politics. While Hungary and Slovakia are already having good ties Russia, Czech Republic may have a decisive role in changing the EU’s policy towards its huge Eastern neighbor.