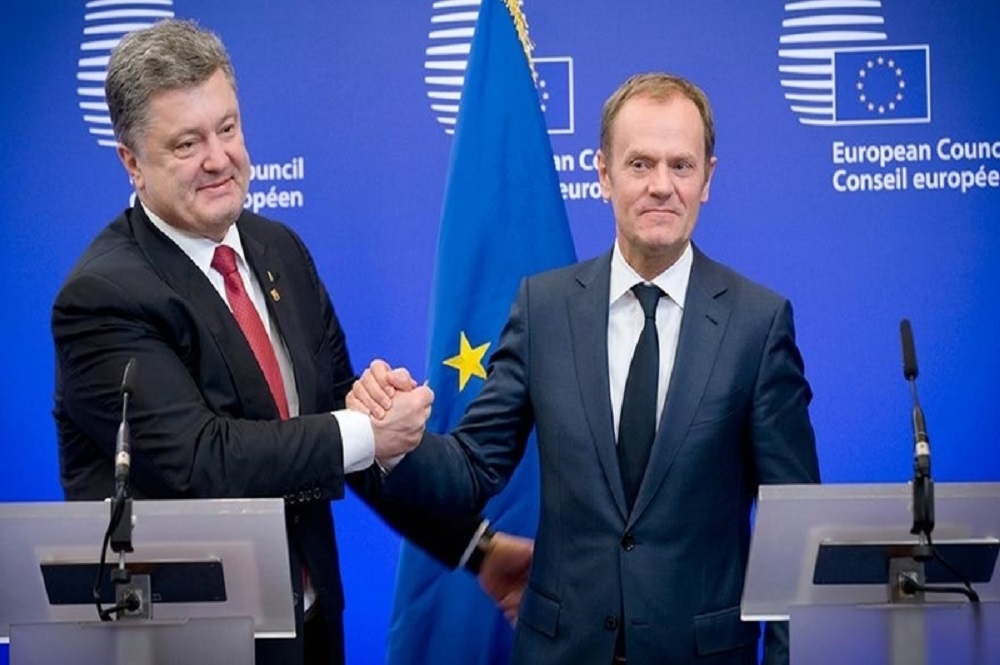 The article was originally published at The Business Ukraine. By UDI Associate Marta Barandiy.

A new political season is now underway in Brussels but Ukraine will have its work cut out remaining high on the EU agenda as we head towards the end of the year. Thoughts in the European capital are already turning towards upcoming elections to the European Parliament in May 2019, meaning a lull in lobbying as the focus shifts to campaigning. Even without this electoral distraction, Ukraine would find itself competing with a host other major issues while also struggling to avoid being obscured by Russia’s perpetually prominent presence in EU circles. The crisis unleashed in Ukraine by Vladimir Putin in 2014 is still very much unresolved, but Ukrainians cannot take continued European attention for granted. Instead, Kyiv needs to develop new strategies to maintain the country’s position as one of the continent’s top strategic priorities while persuading Brussels decision makers to resist the urge to mend fences with an unrepentant Kremlin.

From Brexit to Syria

The European Union currently has a lot on its plate. In addition to the war in Ukraine, Brussels today faces a host of pressing issues that represent direct threats to the future of the EU. These include the ongoing migrant crisis and parallel rise of far right political sentiment, the war in Syria, growing nationalist populism, and last but not least, Brexit. It is noteworthy that Russia is involved to some degree in virtually all of these problems. Russia’s military intervention in Syria has contributed significantly to the flow of refugees arriving in Europe. The Kremlin’s sophisticated multimedia propaganda efforts boosted the push for Brexit and fanned the flames of Catalan separatism. Moscow has also provided significant support to a range of anti-EU nationalist and populist parties across the European Union, in many cases helping them to enter parliament and strengthen their positions in domestic politics. This is not mere Machiavellian scheming on the Kremlin’s part. Russian posturing as a bastion against globalization (or American domination, as viewed from the Kremlin) have made Moscow equally appealing in recent years to European parties on both the far left and the far right of the political spectrum. This has helped to breathe new life into notions of Russia’s importance to the European political dialogue that largely fell out of fashion in the 1990s.

There is still significant resistance to Russia within the EU, as witnessed by the widespread expulsions of Russian diplomats in spring 2018 following the Kremlin nerve agent attack in the UK. Nevertheless, there are growing indications that a consensus is taking shape on the need to reengage with Russia. This was most obviously apparent in the recent call by European Commission President Jean-Claude Juncker for an end to “Russia-bashing”. French President Emanuel Macron has also spoken recently of the need to work with Russia. Indeed, the French head of state was one of a number of EU leaders to ignore an informal boycott and visit Moscow during the 2018 FIFA World Cup. The most bizarre indication of this apparent European thaw towards Russia was the appearance of Vladimir Putin as guest of honor at the midsummer wedding of the Austrian Foreign Minister.

Against this backdrop of gradually improving EU-Russian relations, Kremlin-tied organizations remain active in Brussels staging events designed to legitimize Russia’s occupation of Crimea and the Donbas while also popularizing Ukrainian politicians and opinion leaders who espouse pro-Kremlin positions. These activities take advantage of Moscow’s strong network of influencers throughout Europe and particularly in Brussels itself, where Russia can call upon the support of numerous NGOs, business partners, political allies, sympathetic journalists and members of the post-Soviet diaspora, not to mention its own intelligence assets. The collective message they seek to project is clear and coherent: the West is exploiting Ukraine in order to encircle Russia. In reality, the say, Ukraine has no agency of its own. It will never become part of the European family and should remain within the Russian sphere of influence.

This message resonates with many EU pragmatists who would much rather go back to business as usual with Russia. After all, facilitating a better business climate is the very essence of the European Union project. As things currently stand, the EU has actually become a barrier to doing business with Russia. Lobby groups continue to fight hard against further sanctions designed to punish Russia for its attack on Ukraine. This resistance is one of the reasons for the successful promotion of the Nord Stream II pipeline project.

Ukraine’s own stuttering progress since 2014 makes it even harder to convince EU member states to accept the costs associated with a united front against Russian aggression. EU leaders (and European electorates) see corruption scandal after scandal in post-revolutionary Kyiv and marvel at the obscene wealth of Ukrainian politicians. Meanwhile, many of the promised reforms fail to materialize and Ukraine’s civil society comes under increasing attack from within, making it difficult to argue that all the sacrifices are actually worth it.

Nevertheless, Ukraine still has plenty of friends in Brussels. The European Parliament regularly hosts Ukraine-related conferences on such topics as the fight against corruption, implementation of the Minsk agreements, the plight of Ukrainian political prisoners held by the Kremlin, human rights in Crimea, and the status of Ukraine’s large IDP community. Ukraine-related cultural and economic events are also an increasingly common feature on the Brussels calendar.

Looking ahead, much will depend on quality of the information about Ukraine available in Brussels. It is crucial to make sure Ukraine has a louder voice in the EU capital, whether the message is coming from the Ukrainian state, the media or civil society. Some of Ukraine’s communications priorities are self-evident. There is a strategic need for greater coverage of the many success stories that post-Maidan Ukraine can offer. We hear much of the problems Ukraine faces, but breakthroughs and successes rarely receive the international attention they deserve.

Greater cooperation within the Ukrainian community would also help. Numerous different Ukrainian organizations currently send out digests of Ukrainian news to MEPs and other Brussels decision makers. This duplication dilutes the message and means busy MEPs inevitably risk missing key information as their assistants seek to condense six or seven weekly bulletins on Ukraine into a single brief report.

The coming year will be crucial for Ukraine domestically, with presidential and parliamentary elections set to take place in spring and autumn. With Brussels also preoccupied by its own forthcoming parliamentary election, there is a danger that EU-Ukraine ties could slide down the political agenda. This makes the role of Ukrainian civil society even more important. Most of all, Ukraine must push the EU to maintain its resolve towards the Kremlin. Russia has a major impact on EU affairs, but Brussels must not allow this strategic significance to overshadow the need to defend international law and protect Ukraine’s European choice.