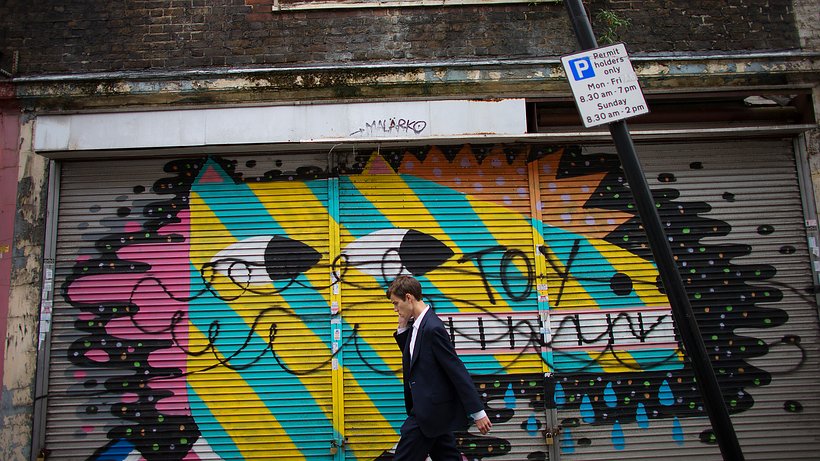 The article was originally published at Zeit. By UDI Advisor Jan Zielonka.

Bankrupt regions, impoverished hospitals, overcrowded prisons: Brexit will affect everybody in Europe. And yet nobody is taking responsibility for the mess.

It is official now. The United Kingdom has invoked Article 50 of the Lisbon Treaty and will leave the European Union. Don’t take it lightly — this is not fake news, this is a historic event which will change Europe and your own situation dramatically. Disintegration of the continent is moving at full speed and it will generate many losers.

You may not feel it yet, but life will be harder for a long time before it will get any better. The damage is largely self-inflicted; thanks to poor political craftsmanship on the two sides of the English Channel. It did not need to be this way. This is the irony of the current predicament.

I look at Brexit as an academic and as a citizen. As an academic I feel fairly happy: Brexit is a fascinating case to study and it increases the audience for my work. As a citizen, however, I feel deeply unhappy. I grew up in Silesia, behind the Iron Curtain, and a Europe without borders was my dream. Today this dream is being destroyed; I don’t want to see new walls, beg immigration officers for a visa; apply for a work permit in a Europe which I consider my home.

Although I have worked and paid taxes in the United Kingdom for many years already, I am still a Polish national, hold a Dutch passport, and own a house in Italy. My family is spread across the continent and so are my pension contributions. Access to both will be much harder for me after Brexit. I wonder whether any official will help me to sort out personal problems caused by new walls erected throughout the continent.

You may think that Brexit will affect only nomads like me, and not settlers like you, perhaps. You did not plan to go on holidays to rainy Britain, so why bother? Make no mistake: Brexit will not be an amicable divorce and it will have implications for everybody. It is not easy to untangle 20.000 laws and regulations of the European acquis; there are numerous veto players on both sides of the negotiating table; and under the glare of the media emotions will play a greater role than rational calculations in the process of bargaining.

This time Uncle Sam won’t be there to bring us all to our senses; Uncle Trump is likely to add to our complications. Brexit will create new dividing lines within the EU; the UK is already trying to bribe Poland and Hungary to help its case. Brexit will also create new dividing lines within the United Kingdom; Scotland already demands a new independence referendum. I would not be surprised if both negotiating partners – the EU and the UK –fall apart as a result of Brexit.

The idea that Brexit may well be good for the EU is absurd. “We would finally be able to create a truly European defence after Brexit,” an Italian diplomat recently whispered to me. Sure, we just lost one of the two serious European armies, was my reply. A new building in Brussels does not amount to a European defence. With whom will we create a European army, with the Czechs and Belgians?

Nor can I see more stringent European regulation of the financial sector after neo-liberal Britain leaves the single market. The government in Rome is already trying to charm London-based billionaires to move to Italy by offering tax exemptions. Others will soon follow suit. This will be an economic race to the bottom, not to the top.

We will see not only more tax loopholes, precariat, and protectionism, but also bankrupt regions, impoverished hospitals, overcrowded prisons, broken highways, and collapsing bridges. As always, the burden will not be distributed equally, creating further conflicts within and across individual states. Cleaning up the mess will take many years and tears.

I would have sounded more optimistic had Brexit been only about the EU. The EU has performed poorly in recent years and its value is now considerably inflated compared to two decades earlier. However, Brexit is only one of many episodes heralding the rise of a powerful political movement aimed at destroying the narrative, institutions, and order installed after 1989. Under attack is not just European integration but also liberal democracy and free trade, migration and a multicultural society, historical “truths” and political correctness, moderate political parties and mainstream media, and cultural tolerance and religious neutrality.

I would have sounded more optimistic had Brexit empowered Europe’s citizens. Supporters of Brexit promised to bring power back from Brussels to Westminster, but since the Brexit referendum they have tried to deprive Westminster of any meaningful say on the outcome of Brexit negotiations. Let’s be honest: European citizens will not get any say on the complex negotiations. The partisan elites will squabble at the bargaining table, and ordinary citizens will have to live with the implications.

I would have sounded more optimistic had Brexit led to self-reflection and self-improvement across the continent. Yet, no one is taking responsibility for the mess that is being created. Politicians on both sides of the English Channel point fingers at each other. In London they blame the EU; in Brussels they blame the perfidious Albion. But as the saying goes: It takes two to tango.

The UK and the EU will have to coexist next to each other in some way after Brexit, but for now they are only talking past each other. I feel like a child that is being subject to some mysterious legal divorce proceedings between agitated parents, with no voice or attention. What about you?