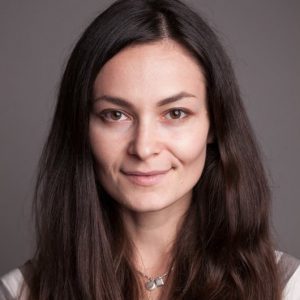 Tania Bulakh is a PhD Student in Socio-Cultural Anthropology at Indiana University Bloomington with a minor in Russian and Eastern European Studies. Her research interests cover humanitarian aid, consumer culture, state power, postsocialist transformations, and displacement. Tania’s current research project looks at the humanitarianism and material aid among internally displaced people (IDPs) in Ukraine and the construction of citizenship. Tania earned her MA in Anthropology from IU as a Fulbright Scholar. Prior to this she graduated from the National University of “Kyiv-Mohyla Academy” (Kyiv, Ukraine), where she obtained BA and MA degrees in Theory of Literature and Comparative Studies. She also worked as a senior project manager for an international PR agency and as a journalist for several Ukrainian publications.