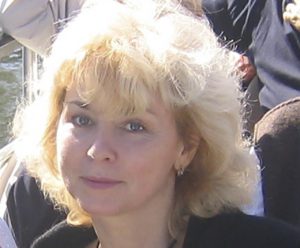 Olga Kutsenko is a Professor of Sociology at Taras Shevchenko National University of Kyiv. She graduated with PhD degree in political economy and sociology from Kharkiv University (1989). In 2002 she was awarded as a full Professor (in Sociology). In 2004 she formed and chaired a Political sociology Department at Kharkiv National university. In 2007 she moved to Kyiv and chaired the Social Structures Department at Sociology Faculty, Taras Shevchenko National University of Kyiv, where she works till now. Since 2009 she is a head of the Special Counsel for Defense of Doctor Theses in Sociology at Kyiv National University. Olga Kutsenko worked as a visiting research fellow at SUNY (USA, 1996 through IREX\USIA program), Cambridge University (UK, 1999 through CHS program), Central European University (Budapest, CRC and other OSI programs), WZB (Berlin. 2004, 2007). She was invited as a visiting lecturer by Free University of Berlin (2009, 2011), Cambridge University (2012), and several Universities in Ukraine.

She is an author of about 200 scientific publications including 8 books (monographs and collective) published in Ukraine, Germany, France, Russia and UK. The most significant publications are on social inequalities, class and elite, migrants and their integration, democratization and regional diversity studies.