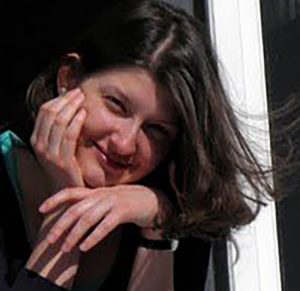 Olena Palko is a PhD Candidate in History in the University of East Anglia. Her research interest lies in the field of the early Soviet History and the history of Eastern Europe in the interwar period. Olena’s current PhD project, entitled “Becoming Soviet: Lost Alternatives in Ukraine, 1917-1933”, was distinguished and supported by the Open Society Foundation, the Study Foundation of the Berlin House of Representatives, the Visegrad Fund, and the British Association for the Study of Ethnicity and Nationalism (ASEN). Olena was a visiting fellow in The Institut für die Wissenschaften vom Menschen (Vienna) and Centre Marc Bloch (Berlin). She also holds a degree of the Candidate of Political Science (kandydat nauk) from the Institute of Political and Ethnic Studies, National Academy of Sciences of Ukraine (2013). Prior to this, she graduated from Taras Shevchenko National University (Kyiv, Ukraine), where she obtained BA and MA degrees in Political Sciences and Philosophy. Olena Palko authored a number of publications on Ukraine’s history and culture of the 1920s.