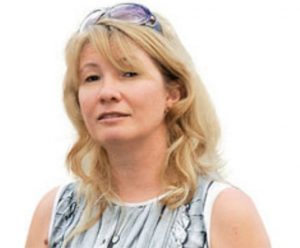 Lora Apasova is civic activist and entrepreneur. Since 2002 she is a Secretary General of the International Committee the protection of Taxpayers Rights (International Taxpayers Committee), founder of the Ukrainian Taxpayers Association (1998), Member of the Journalists’ Association of Europe (since 2009). She graduated from London Metropolitan University, (UK); Faculty of Environmental and Social Studies (Master of Public Administration) and Ukrainian Academy of Public Administration officer the President of Ukraine. During 20 years she supports for the building of democracy in Ukraine via promoting human rights, private freedom and rules of law. Since World Taxpayers Conference, 2004 in Brisbane, Australia, she works towards business cooperation and market development between Australia and Ukraine. In 2006-2009 as a Secretary General of the International Taxpayers Committee Lora provided assistance to Ukrainian Embassy in Australia to preparing seminars for Australian exporters that were interested in exporting to Ukraine. Lora holds positions in several non-profit organizations active in EU, including the Taxpayers Association of Europe and European Economic Senate where Lora drives partnerships between business and NGOs from EU and Ukraine.

In 2016, one of the project is focused on Rural Ukraine Development via non-profit organization the Union for Promotion of Rural Green Tourism Development in UKRAINE – as part of implementation of EU/UA Association Agreement (in cooperation with the Ministry of Agricultural development, Ministry of Economic, etc. As an entrepreneur and the owner of the Strategy Invest company, she provides consulting support in the fields of business development, trade and investment.