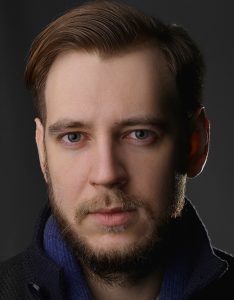 Kostiantyn Gorobets is an Associate Professor of the Department of General Theory of Law at National University “Odessa Law Academy”. He graduated with a Master of Laws degree in the National University “Odessa Law Academy” in 2011, and defended the Ph.D thesis one year later, becoming one of the youngest philosophy doctors in Ukraine. Member of non-governmental organization “Center for International Law and Justice”. Research fellow at the University of Groningen (the Netherlands) (since October 2016) with the project “International Rule of Law as Factor of Sustainable Development”. Research fellow at the University of Trnava (Slovak Republic) (since February 2017) with the project “International Rule of Law: Theory and Practice”. His main research interests lie in the fields of legal philosophy and the theory of international law. He is trying to elaborate the concept of the rule of law at the international level with regards to the ideas of legal values and normativity.