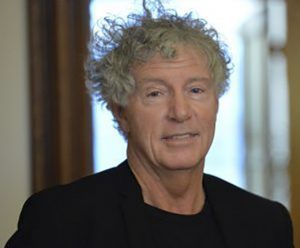 John Keane is Professor of Politics at the University of Sydney and at the Wissenschaftszentrum Berlin (WZB), and founder of the new initiative, the Sydney Democracy Network (SDN).  Renowned globally for his creative thinking about democracy, John Keane was educated at the Universities of Adelaide and Toronto (where he was mentored by C.B.Macpherson) and King’s College, University of Cambridge.

Well before the European revolutions of 1989, he first came to public prominence as a defender of ‘civil society’ and the democratic opposition in central and eastern Europe. His political and scholarly writing during that period was often published under the pen name Erica Blair. In 1989 he founded the world’s first Centre for the Study of Democracy in London. During his many years living in Europe, The Times ranked him one of Britain’s leading political thinkers and writers whose work has ‘world-wide importance’. The Australian Broadcasting Corporation (ABC) has described him as “one of Australia’s great intellectual exports”. For more info see: http://johnkeane.net/.