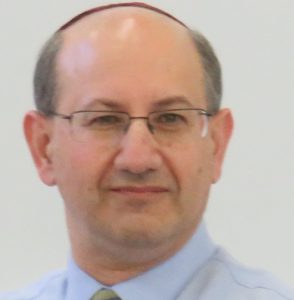 Jeremy Jones AM is a writer, speaker and activist, specialising in human rights, inter-communal dialogue and promoting cooperative and harmonious societies in Australia and internationally. An Honorary Life Member and former President of the Executive Council of Australian Jewry, he is Director of International and of Community Affairs for the Australia/Israel & Jewish Affairs Council, a member of the International Jewish Committee for Inter-religious Consultations and a Co-Chair of the Global Forum for Combating Antisemitism. As a member of the General Council of the Euro-Asian Jewish Congress, he has worked with a variety of sectors of civil society in Ukraine, and was a speaker at the inaugural Ukraine-Australia Bilateral Forum (Melbourne, 2015). He has spoken on human rights issues in thirty countries and written widely on politics, history and social issues. Amongst his honours are the 2007 Australian Human Rights Medal, the 2016 New South Wales Government Medal for promoting Community and Membership of the Order of Australia (inducted in 2005).