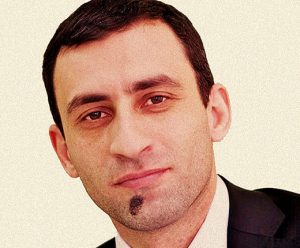 Armen Mazmanyan is the Director of the Apella Institute for Policy Analysis and Dialogue, an independent research center based in Yerevan, Armenia. He has obtained his PhD in Law from the European University Institute in 2009. He has several articles and chapters on comparative constitutional law and politics published by peer reviewed journals. Dr. Mazmanyan taught comparative and international law in the American University of Armenia between 2003 and 2012 and held research positions in different universities in Europe and the US, most recently in the Sanford School of Public Policy, Duke University, University of Sydney/Electoral Integrity Project, Harvard’s Davis Center for Russian and Eurasian Studies, and Columbia University Law School. He frequently advises international organizations and NGOs on legal reforms and democratic institutions in countries in transition to democracy and has served on core teams of OSCE/ODIHR election observation missions in a number of countries, including Ukraine, Russia, Belarus and Kazkahstan. He is currently a member of the International Steering Committee of the European Human Rights Advocacy Centre (EHRAC).