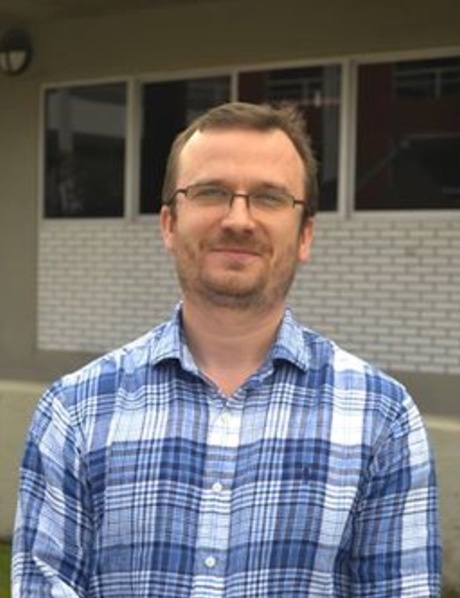 Dr. Andrii Ryzhkov holds a Ph.D. in Asian and African Languages (in Korean language) from the National Academy of Sciences of Ukraine. He had taught undergraduate and graduate courses at Taras Shevchenko National University of Kyiv in Ukraine, Kyung Hee University, Korea University and Hankuk University of Foreign Studies in the Republic of Korea.

Currently he is a full time Professor at the Autonomous University of Nayarit (Mexico), teaches at the Center of Social Sciences and Humanities. He has been awarded with research grants from Korea Foundation, Mexican National Council for Science and Technology and Mexican Ministry of Education.

He also serves as an official sworn translator of Ukrainian, Korean and Russian certified by Judicial Administration of Nayarit state (Mexico) and has work experience as an interpreter for Ukrainian and Korean governments.

His particular areas of academic interest include Korean studies and studies on the Pacific Rim, mainly topics related to cultural studies, such as country image, nation branding, media analysis, sociolinguistics and cultural consumption. He also contributes materials on the mass media image of Ukraine in Mexico and Korea for Global Ukraine News portal, as well as scientific publications on Ukraine’s image, cultural diplomacy and migration to Mexico.