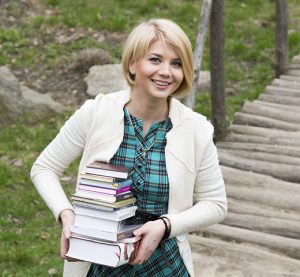 Anastasia is coordinator of the volunteer movement “Free Ukrainian Language Courses” actively operating in several Ukrainian cities. Besides that, Anastasia runs the project E-data, executed based on the Law of Ukraine on Open Use of Public Funds under the auspices of the Ukrainian Ministry of Finances. In 2013, she obtained PhD from Lviv National University on the topic: “Individual as subject and object of information policy”. Previously, Anastasia worked for the Ukrainian Ministry of Education and Science, where she was in charge of large-scale educational projects (Centre of Educational Monitoring), project management with various PR agencies, assistantship to people’s deputy of Ukraine.

During the Revolution of Dignity Anastasia volunteered as coordinator of “Euromaydan SOS” (real-time media coverage of the events). Later on, she worked as coordinator of helpline Dopomoga (legal/psychological counselling/references for East Ukraine war casualties). As of now, Anastasia regularly organizes and/or participates in various cultural, awareness-raising or charity activities in the East of Ukraine (controlled territories), such as teaching within the framework of Mova.UA, meetings with prominent cultural figures, Book Forum on Wheels, Mikoyachiki (St.Nicholas Day gifts) for East, aid to soldiers, delivery of books to the East regions etc.