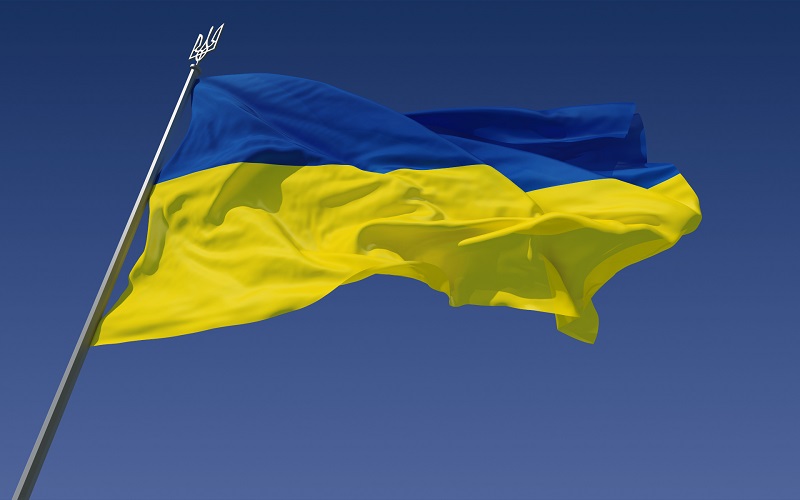 Hello this is Ukraine Calling. A weekly roundup of what’s been happening in Ukraine, with a focus on a main story. I’m Bohdan Nahaylo, currently with Democracy Reporting International, standing in for Hromadske Radio in Kyiv, and here are the some of the main stories from Ukraine.

Ukraine’s President Poroshenko traveled to New York this week to attend the United Nations General Assembly. He met with US President Obama, Vice President Biden, and Democratic Party Presidential candidate Hilary Clinton. Republican Party candidate Donald Trump did not respond to a meeting request. On Wednesday Poroshenko addressed the annual gathering of world leaders. He used the occasion to once again say that Russia was using hybrid warfare to fuel global insecurity, while pretending it is not involved in Ukraine.

A savvy Ukrainian ad campaign was launched just ahead of the UN meeting. It’s a brief statement that in 1994 Ukraine gave up its nuclear weapons in exchange for international security guarantees. And portraits of Ukrainians who are called the only real guarantors of Ukraine’s security. We’ll post a link to the campaign on the Ukraine Calling website. http://herofaces.org/

Russia’s President Putin, in the meantime, used his UN address to blame the West for upheaval in the Middle East, and appealed to everyone to uphold international law. Yet just one day earlier (20 September) Russia violated international law by holding elections in Crimea as part of their general Duma (Parliamentary) election. United Nations General Assembly Resolution 68/262 recognises Crimea as within Ukraine’s international borders. By holding elections on occupied territory they in fact de-legitimized their entire election. http://www.europeanvalues.net/opencall/ The OSCE refused to monitor the polls in Crimea, and neither the EU nor the US recognized those election results. Fewer than half of Crimea’s residents went to the polls, 47%, and 44% in Sevastopol. In villages where the majority population is Crimean Tatar, such as Pionerske, voter turnout was 7-8%.

We’ll bring you in depth commentary on this later in the show.

International figures joined Ukraine’s decision and opinion makers at this year’s Yalta European Strategy meeting in Kyiv this week. It’s an annual gathering started 13 years ago by one of Ukraine’s richest men, Victor Pinchuk, with the aim of promoting Ukraine’s European integration. For the past three years it’s been held in internal exile in Kyiv, since Yalta, the original venue, is no longer available to Ukrainians. This year Hollywood star Kevin Spacey stole the show, with seemingly everyone lining up to take selfies with him. US journalist Fareed Zakaria had a sober message for Ukrainians: “Putin’s goal is to drive a wedge between the US and the EU and to use that wedge to get rid of sanctions.” More on this year’s YES conference later.

Ukrainian Library in Moscow under Threat

A story that didn’t make the headlines in a big way but is worth noticing is that the Ukrainian library in Moscow is under further threat. Two sources reported that its book stock is being handed over to the Center for Slavic Cultures, which will, in effect, leave it without books. While Moscow hypocritically falsely accuses Ukraine of limiting the rights of Russian speakers, the pressure on organized Ukrainian life in Russia, even cultural, continues.

Meanwhile, last week the annual Ukrainian book publishers forum in L’viv was an impressive success which attested to the vitality of Ukrainian culture and the growth of the Ukrainian publishing industry.

For the first time since Ukraine Calling started airing, there was day in Ukraine’s war zone when no one was killed or injured. That was Sunday 18 September. Overall, there was a noticeable decrease in the intensity in hostilities. And on Wednesday the 21st, the Minsk Trilateral Contact Group announced that an agreement has been reached. A framework for withdrawing troops and weapons from three villages along the front line was in place. Although this is only one step towards peace, it was the first breakthrough in many months of talks, even if it did smack of déjà vu. During the past week, only 1 Ukrainian soldier was killed, and fourteen were wounded.  Ironically, the leader of the Oplot separatist organization, Yevhen Zhilin, from Kharkiv, was shot dead in a Moscow restaurant on 19 Sept by an unknown assassin. He was renowned for his pro-Russian position and opposition to the EuroMaidan movement.

Ukraine’s government submitted a draft budget on schedule, for the first time in the country’s modern history. For 2017 the Groysman government set out priority areas as defence and security, infrastructure, energy efficiency, agriculture, and decentralization of state power. The proposed deficit is 3% of GDP, down from 3.7% in 2016. International economists called the budget balanced and realistic, though parties considering themselves in opposition continued to resort to populist rhetoric and denounce recent austerity measures. http://www.kyivpost.com/article/content/ukraine-politics/government-submits-draft-budget-for-2017-on-time-423 130.html

Three more festivals to tell you about this week. The Second International Literature Festival starts in Odesa on the 28th Sept and runs through October 1st. The programme is available on their FB page, and we’ll post a link on our show’s webpage. And in Kharkiv, the Eighth Annual Dytiatko Festival happened this week. It’s organized by the Kharkiv Oblast (regional) Council to highlight children’s and youth television programming. There are workshops, master classes, concerts, bonfires, and a competition for best TV programme/film. A song for you this week is called, “Night in the Big City,” performed by Andriy Sachevya with Dana Vynnyts’ka. It’s dedicated to those killed in Kyiv’s Maidan. And in Kyiv the annual celebrated HoholFest continues until the end of the week.

Next week there will be a series of events in Kyiv to commemorate the 75th anniversary of atrocities in Babyn Yar. The ravine was on the outskirts of Kyiv during the Second World War. German forces and their local collaborators massacred close to 34,000  Jews there 29-30 September 1941. Other victims of German massacred on the site were Soviet prisoners of war, Ukrainian nationalists, communists, and Roma. Historians estimate that between 100 – 150,000  people were killed at Babyn Yar during the German occupation. Babyn Yar has become a major symbol of the Holocaust, something that was largely silenced during the Soviet era. This year’s events include a youth conference, a public symposium, a memorial space competition, and a commemorative concert. Ukraine Calling will post a link to the entire programme on the show’s website. We will be watching this and other stories in Ukraine.