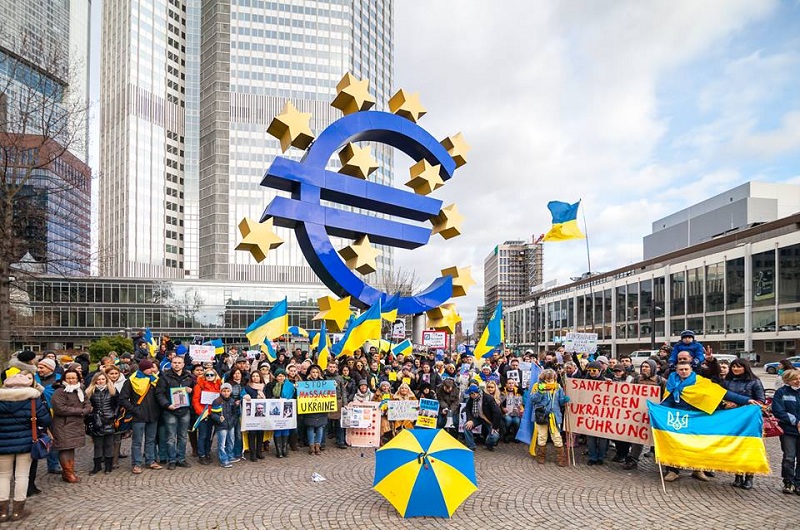 Taras Kuzio, a senior fellow at the Canadian Institute of Ukrainian Studies, University of Alberta and author of the 2015 book “Ukraine. Democratization, Corruption and the New Russian Imperialism”. First published at  New Eastern Europe.

The Ukrainian diaspora has been a cheerleader for democratisation, reforms and the integration of Ukraine into Europe while, simultaneously, some of its members have been willing recipients of Ukrainian oligarchs’ financial assistance. These two stances are contradictory because Ukrainian oligarchs are often pro-Russian or at the very least they are only interested in personal enrichment and not Ukraine’s national interest and are never supportive of the establishment of a rule of law based state in Ukraine. Acceptance of funds from Ukrainian oligarchs shows that financial donations have been paid to a far larger group of people than only US political consultants.

Gas mogul Dmytro Firtash is a case in point. Firtash, a western Ukrainian, has supported projects inside Ukraine and abroad that the Ukrainian diaspora have applauded. At the same time, according to an extensive in-depth investigation, he is Vladimir Putin’s man in Ukraine who has received discounted gas through various intermediaries. He has purportedly used the profits of this to buy chunks of the Ukrainian economy on behalf of Russia. During Viktor Yanukovych’s presidency, Firtash (together with oligarch Rinat Akhmetov and Yanukovich’s son), increased their wealth through insider sweetheart deals. Firtash’s business assets remain untouched by the Russian occupation authorities in Crimea. In contrast, the business assets of oligarch Ihor Kolomoyskyi, who adopted a pro-Ukrainian stance and funded volunteer battalions to fight separatists in Donbas, have been nationalised by the Russian occupation authorities.

Since the spring of 2014, the US government sought to extradite Firtash from Austria on charges of corruption. An Austrian court turned down the US’ request and the case is now pending an appeal from the US government.

Firtash’s donations totaled over $230 million during the last three years of Yanukovych’s presidency when Putin and the kleptocratic Ukrainian president helped make him even wealthier. Firtash funded Ukrainian theatre and cultural events within Ukraine and in Western Europe, including a new Ukrainian cultural festival in London.

An investigation of Ukrainian oligarchic funding of members of the Ukrainian diaspora and organisations concluded, “Unfortunately, too many diaspora leaders are open to cutting political deals or accepted lucrative donations from the likes of Firtash, another Party of Regions sponsor”. Firtash provided $4.5 million to the Ukrainian Catholic University in Lviv in a rather strange donation because the gas tycoon is not a Greek Catholic. The donation sparked much controversy in Ukrainian diaspora circles which had raised funds for UKU and the prestigious Kyiv Mohyla Academy. Borys Gudziak, the American-born former Dean of UKU who is now the eparch of the Ukrainian Greek-Catholic Eparchy in Paris, gave his wholehearted support to Firtash’s donation. Firtash provided $10 million to Britain’s Cambridge University to establish a Ukrainian studies program which proved to be less controversial than a similar sized donation given to the Ukrainian Catholic University in Lviv. Firtash and his wife, Lada Firtash, have been admitted to the prestigious Guild of Cambridge Benefactors. Firtash proudly displays this on the home page of his charitable foundation’s website with a picture of himself receiving a certificate from Prince Philip, who was then the chancellor of Cambridge.

Firtash’s $2 million donation for a monument in Washington dedicated to the victims of the 1933 Holodomor famine, which was unveiled in August of 2015, surprisingly produced less angst. Firtash’s donation was welcomed by the majority of the Ukrainian-American diaspora, including community leaders and activists on the pages of The Ukrainian Weekly, the main English-language newspaper for American-Ukrainians and Canadian-Ukrainians. A Ukrainian-American who has worked in Ukraine on corruption supported the acceptance of funds from Firtash when he wrote “Although I would have been well aware of Mr Firtash’s status as a Party of Regions oligarch, I would not have known two or three years ago (and, obviously, neither could Bishop Gudziak have known) about the US indictment given that Firtash’s indictment was not unsealed until April of this year.”

Knowledge about Firtash’s corruption and intimate ties with Ukrainian and Russian politicians did not suddenly emerge in 2014. Six years prior to the US attempt to have him extradited, Firtash told US Ambassador to Ukraine William Taylor that, “He acknowledged ties to Russian organised crime figure Seymon Mogilevich, stating he needed Mogilevich’s approval to get into business in the first place. Mogilevich has been on the FBI’s wanted list since the 1990s for multi-million-dollar fraud schemes.

Ukrainian Congress Committee of America (UCCA) senior member and US Holodomor Committee chairman Michael Sawkiw Jr. commented on Firtash’s donation, “We are truly grateful for Mr. Firtash’s generosity and commitment to the building of a memorial in Washington DC that will educate and inform thousands of people about a forgotten chapter in world history. Having worked on this issue for many years, this project would not have been successful without Mr. Firtash’s keen awareness and dedication to seeing this project completed. The community commends Mr. Firtash for this memorable deed and act of charity”.

The willingness to accept funds from Ukrainian oligarchs was most glaring during Yanukovych’s kleptocracy in Ukraine between 2010-2014, during which Yanukovych was under intense western criticism for selective use of justice in imprisoning Yulia Tymoshenko, creating a mafia state and reverting to Soviet nationality and language policies. How could Ukrainian diaspora organisations seek and accept funding from oligarchs, Mafiosi and Homo Sovieticus who were undertaking anti-Ukrainian policies that were destroying Ukraine’s chances of integrating into Europe?

The US-Ukraine Foundation, a well-known Washington-based charity that has promoted democracy in Ukraine, received donations and funding from the Akhmetov and Kluyev foundations for its “Ukraine in Washington” Gala in December 2013, ironically during the Revolution of Dignity. Rinat Akhmetov and Serhiy and Andriy Kluyev have been close to Yanukovych for decades. As a regional governor, prime minister and president, Yanukovych facilitated their massive corruption in return for half of the proceeds, acts which earned him the nickname “Mr. Fifty Percent”. Andriy Kluyev was a regular speaker at the annual “Ukraine in Washington” Gala throughout Yanukoych’s presidency. In effect, some of the Ukrainian-American diaspora’s leaders provided Yanukovych’s cronies with a platform to lobby the US government on their attitudes towards his keptocratic and politically repressive regime.

Yanukovych and Andriy Kluyev fled to Russia in February 2014 when the EuroMaidan revolutionaries came to power. Meanwhile, Serhiy Kluyev was permitted by the General Prosecutor’s office, which is now controlled by President Petro Poroshenko, to escape an attempt at detaining him and fled to Russia in summer of 2015.

Acceptance of funds from Ukrainian oligarchs and kleptocratic Yanukovych was undertaken largely by certain leaders of the Ukrainian-American diaspora; the former dean of UKU and head of Cambridge University Ukrainian Studies Rory Finnin are both Americans. There has always been an inherent contradiction between the Ukrainian diaspora’s support for democratisation, fight against corruption and Ukraine’s integration into Europe and the willingness of some Ukrainian American political consultants, lawyers and think tanks to accept oligarchs’ funds.