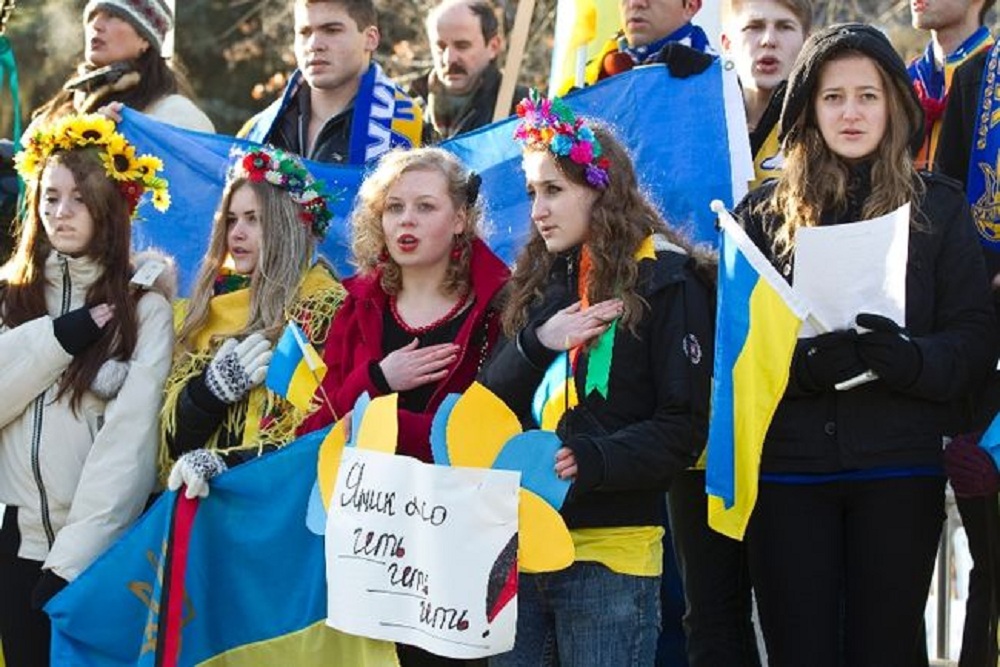 The report was originally published by Institute of European Democrats. Author: Mathieu Baudier.

The situation in Ukraine was a major concern for the European Democrats during the last European parliamentary elections of spring 2014. Over the previous months, the negotiations over an association agreement with the EU had derailed, a massive movement of protests was met with increasingly lethal state violence, the government got toppled and Russia invaded Crimea. A wave of subversion then shook a number of cities in the east and south of the country, which coalesced into a full-fledged war in Donbas.
On the one hand, it was heartening to watch people raising and struggling for freedom and democracy, with the European values clearly among their references. On the other hand, one could not escape the feeling that the EU had mismanaged this crisis, precisely because of the shortcomings denounced by the European Democrats: too technocratic and overreaching when diplomacy and political responsibility would have been required, while too weak, disunited and lacking appropriate instruments to effectively prevent the escalation into war. Moreover, at a deeper level, the events of early 2014 in Kiev and in Crimea, as well as the disinformation around them, challenge
our conceptions of democracy and the legitimacy of State power. The following years have shown the urgency of clarifying our vision of citizens participation, based on responsibility, dignity and rules, against the cynicism and relativism of the demagogues.
Three years on, the dust has settled, and the main dynamics which have been set in motion during the acute phase of the crisis can now be better identified. But the international context in which Ukraine evolves has become more unstable. Turkey, a major trading partner, is in crisis. The EU has been destabilised by the refugees crisis. It is unclear whether Russia’s success in Syria will make it more or less aggressive, and, most importantly, whether Donald Trump’s election will radically impact U.S. policy towards Ukraine. It is therefore an appropriate time to take a broad look at this country
and the challenges it faces, in order to be able to watch closely the most important issues, as the situation will continue to evolve in unpredictable ways.
The main goal of this essay is to help consider Ukraine as such, rather than through the lense of its significance or insignificance for other international actors. This is a sizable country, with the potential to be prosperous and to contribute to the stability of Europe. Its diversity, its geographical situation and its level of industrialisation make it unavoidable that its internal dynamics impact its complex interactions with broader international systems. The intrinsic relevance of Ukraine is too often overlooked, intentionally or not, in favour of a “buffer” model, where it would simply be an undefined zone of transition between Russia and Central Europe. If the past three years have proven something to many, it is that such views are simplistic and error-prone. However, relevance doesn’t mean coherence. A sense of belonging to Ukraine exists, which is softer, more widespread, more comfortable and more independent from the mother tongue or the region, that extremists care to admit. But whether and how it can give a purpose to a modern and decent State is a question that has not yet been answered.
Counter-intuitively, we will start with the big tree which usually hides the forest of Ukrainian complexities, when considered from the outside: Russia, its current regime, and its problematic impact on Europe’s stability since the Georgian war of 2008. This will allow us to treat this important matter as such, and then keep Russia as just an external factor, in order to focus on Ukraine: the failure of its post-soviet transition, the changes ushered by the “Revolution of Dignity” of 2014. Finally, we will review the current most significant issues of the war in Donbas and the corruption of a financially unsustainable system, while also assessing the significance of the reforms which have been successful. We will conclude with recommendations to the European Democrats on how to consider and work on the issues raised by the situation in Ukraine.
The author did several research trips to Ukraine between 2008 and 2013, to Lviv, Kiev, the Crimean peninsula and Odessa. In December 2016, he performed for the European Democratic Party a study and fact-finding mission in Kiev and in Mariupol, in the southern part of Donbas. The high-level analysis provided here is based on a dozen of recent interviews with Ukrainian citizens, workers of international organizations and businessmen based in Ukraine or Germany. Most of these interviews were off-the-record, due to the sensitivity of the matters discussed. Three recent reports from respected institutions have been used as primary sources, and won’t be quoted systematically: “How Europe is supporting Ukraine’s transformation” (European Council of Foreign Relations) for the political situation, “Ukraine: roots of structural instability” (BNP Paribas Economic Research Department) for the economical situation and “Special report: Russia” (The Economist) for Russia.
The opinions expressed here are solely those of the author. “Odessa” is written with two ‘s’ and “Donbas” with only one; this shows that neutrality is a complex matter, and not a priority here. “Plausible deniability” is not considered plausible, for the sake of brevity, and internationally recognized borders are used as reference.
Download the whole report HERE.