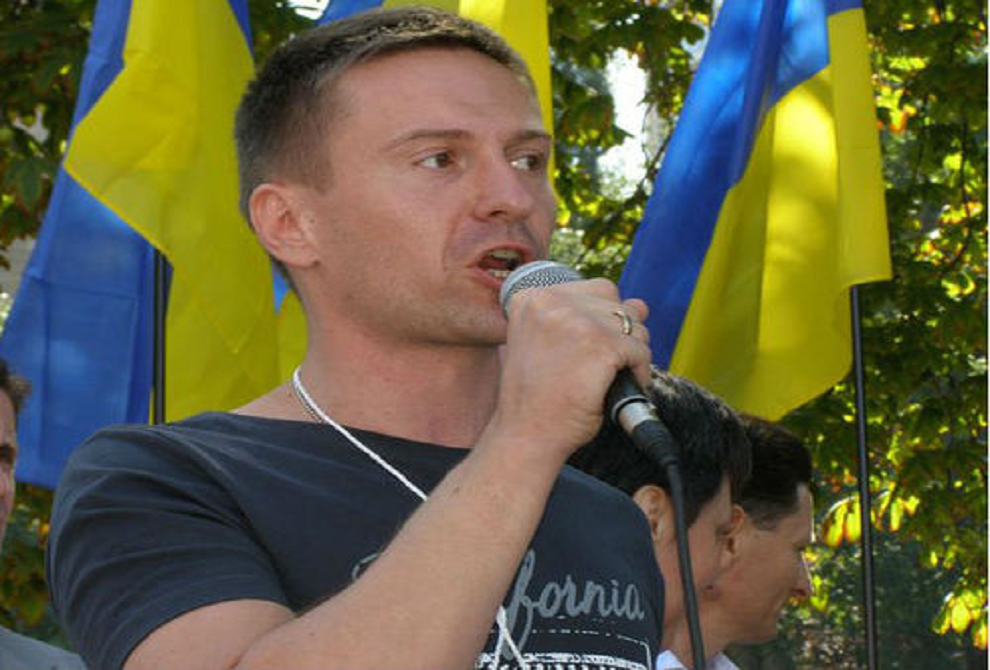 Despite Ukraine asserting its independence under fire, the past three years of hybrid warfare have brought gains and losses. UDI’s Nathan Stormont sat down with Ukrainian civil society activist and former chief adviser to the Minister of Defense, Oleksandr Danylyuk, to discuss how the prolonged war in Donbas has affected civil society, media freedom, and Ukraine’s defense capabilities.

You have been an active organizer of civil society groups (Spilna Sprava and Resistance) that were formidable drivers of the 2014 Revolution of Dignity. How vibrant is civil society in Ukraine following three years of war?

We have a lot of civil society activity after the revolution in Ukraine. Unfortunately, almost all grassroots initiatives were oriented towards solving war-related problems, and they don`t have time for anything else. Nonetheless, it is a very good indicator that this passion could be used for other types of civil and political activities after the war.

As chairman of the Ukrainian NGO Centre for Defense Reform, how would you define the organization, its mission and goals, and your role?

The Centre for Defense Reforms (CDR) is an independent think-tank focused on the development and promotion of reforms in the defense and security sector in Ukraine. It also produces analysis of potential conventional and unconventional Russian threats in the region, as well as globally. It also provides recommendations about potential counter-measures.

We work in close cooperation with the Ukrainian government’s defense, security, foreign affairs agencies, and their parliamentarian counterparts. The USG and US Congress have used our reports many times, particularly during the preparation of decisions about financial and military support to Ukraine.

I was repeatedly engaged as a key speaker and trainer providing special lectures on the current Russian unconventional and political warfare, influence operations, covert to clandestine activities, asymmetrical geopolitics for US Department of Defense personnel, US SOCOM, as well as US and other NATO-countries’ special forces units. Since 2014, I was a special adviser on these issues for several foreign governments of the region who – like Ukraine – are the targets of Russian hybrid aggression.

In 2014 and 2015 – during the height of Russian aggression – you served as chief adviser to the Ministry of Defense for Ukraine. Was Ukraine prepared for such scale of war?

Ukraine was under hybrid occupation during Yanukovych’s pro-Russian puppet regime. Most defense and security commanders were Russian agents of influence, including the Minister for Defense Dmytriy Salamatin (the son-in-law of the Russian deputy prime minister) and the head of Ukraine Security Services, Aleksandr Yakymenko (an FSB officer). The men were Russian citizens. They did everything to ruin Ukrainian defense and security opportunities and capacities. Luckily for us, despite this, the armed forces were still able to resist Russian military aggression.

Information and technology play a large role in the war – both in terms of the frontline and online. In your opinion, what are the biggest technical challenges facing Ukraine’s defense capabilities, and how can these best be resolved?

Traditionally, Russia is pretty good in electronic, cyber and information warfare, and as we can see, both Ukraine and western countries don’t have any counter-strategy. To be honest, I don`t believe in defensive measures in the asymmetrical geopolitical confrontation.

Ukraine faces the difficult task of reconciling fundamental democratic values, such as a free press, with the current climate of Russian aggression in the east and it’s occupation of Crimea. In the last year, there were a series of incidents in which press freedom was threatened, journalists intimidated through the banning of independent Russian outlet Dozhd in January. Journalists working in occupied Donbas were an attack last year on Inter TV’s studios. What is your take on these incidents, and how can Ukraine best balance press freedom with outlets perceived to threaten national security or advocate separatism?

I don`t think that this sort of approach could be used for Ukraine. Russia or oligarchs own almost all local media. They are used to influence the population. They are propaganda tools, and most of these ‘violations’ targeting press freedom are inspired by struggles between groups of influence in Ukraine – and even sometimes in Russia. Unfortunately, Ukraine doesn`t have a national strategy to counter Russian propaganda. Russia feels comfortable controlling the lion’s share of all of media space.

Last month marked the third anniversary of the annexation of Crimea. Since February, the conflict in Donbas escalated. International efforts to create a sustained ceasefire failed. How do you view the trajectory of the conflict?

Russia will try to destabilize the internal political situation in Ukraine through unconventional means. There is a risk of coup. However, I believe that they will not be successful. Instead, Russia will face its own destabilization. The next Russian regime will take its forces from Ukraine.

Oleksandr Danylyuk (@Danylyuk) is chairman of the Ukrainian non-government organization Centre for Defense Reform, and a former chief of staff to Ukraine’s Minister of Defense.

Nathan Stormont (@nathan_stormont) is a New York based occasional contributor and editor with Ukraine Democracy Initiative. He is also a Eurasian research associate for Freedom House’s Nations in Transit publication.

The views, opinions and positions expressed above do not necessarily reflect those of Ukraine Democracy Initiative.