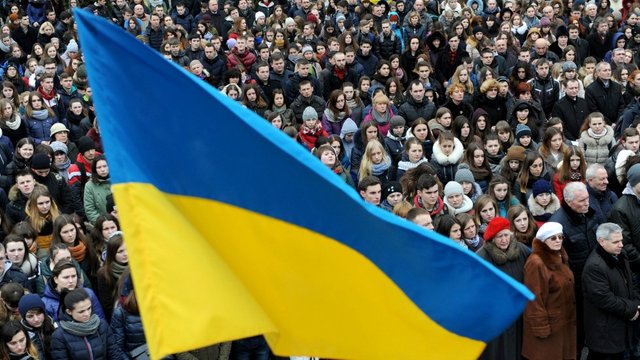 On 21 April, comedian Volodymyr Zelenskiy was elected Ukraine’s new president, beating incumbent Petro Poroshenko with 73% of the vote. His victory reflects the population’s deep-rooted distrust of Ukraine’s political establishment, which predates Poroshenko’s presidency, and the hunger for new faces. He will assume office without having any track record in politics.

Ukraine faces significant challenges, not least the ongoing war with Russia, including sophisticated hybrid warfare. A political newcomer, it remains to be seen whether Zelenskiy is able to be a strong president and commander of the armed forces. His innovative campaign focusing on anti-corruption and ending poverty, and image of being ‘one of us’ resonated across different regions and age groups. However, his electorate is composed of groups with different, sometimes competing interests. These largely include protest voters who opposed Poroshenko, for different reasons; but also those who want closer ties with the EU; and those who want closer ties with Russia. While capturing the imagination of many is a sign of strength before elections, once in office it can prove difficult to sustain the same level of popularity and translate it into the much-needed trust in the government.

While the challenges are huge and there are many uncertainties about Zelenskiy’s ability to deliver, he has a chance to succeed. With a credible and experienced team advising him, change can happen. Zelenskiy should be given a clean slate and not be prejudged.

Poroshenko came to office following the 2014 Revolution of Dignity (Maidan), promising change. Important reforms have taken place since then, including public procurement, decentralisation and energy sector reform. New anti-corruption agencies have been established. Several oligarchs have had their stakes in the economy reduced thanks to the narrowing of loopholes for corruption in several sectors. An Association Agreement and a Deep and Comprehensive Free Trade Agreement (DCFTA) were signed with the EU, and Ukrainian citizens were granted visa free travel. Poroshenko also led the country during the war with Russia and gained crucial support from the international community, including the EU and US.

Yet, for many Ukrainians, reforms are being implemented too slowly. For them, not enough has been done to raise the standard of living, fight corruption, establish an independent judiciary and stem the influence of some oligarchs who remain close to the ruling elites.

Reforming and changing a dysfunctional governance system is painful and takes a long time. Ukraine’s networks of vested interests are deeply rooted, affecting all pillars of government. Hence, despite popular pressure for reform, keeping the momentum up and stopping the pendulum from swinging back will be a major challenge. But Ukrainians are hungry for new faces and radical change.

Ukrainians want quick results. Defeating corruption and improving living standards are a central demand. Zelenskiy will need to crack on with the promised reform, otherwise he will see his support wane quickly.

The track record of the nominees for key appointments, including the minister of defence, the head of the security service, and the prosecutor general will serve as an early indicator of his commitment to reform. Some members of Zelenskiy’s team, including Ivan Aparshyn and Oleksandr Danyliuk, are reassuring choices. The genuine engagement of civil society in the reform process and as part of the team will be crucial for solidifying his reform efforts and help to fill the gap in expertise. A smooth transition of power and the avoidance of politically motivated retributions will also be important to establish his credibility, including with Western partners.

To maintain a clean image Zelenskiy needs to stay clear of the old political elites and oligarchs, including from the circle of former President Viktor Yanukovych. Distancing himself and his team from Ihor Kolomoisky, the oligarch who supported Zelenskiy’s campaign on his TV channel, is essential. Zelenskiy’s reputation will be left in tatters if Kolomoisky is seen to be pulling his strings. Furthermore, as there are likely to be competing centres of gravity in the Zelenskiy camp, he will need to show decisive leadership from the get-go.

Foreign, security and defense policies – key prerogatives of the president – will be a major testing ground for the newcomer. Since Maidan and Russia’s subsequent illegal annexation of Crimea and the war in the Donbas, relations with the US, EU, NATO and the IMF have been the backbone of reform efforts and continuity is to be expected. Having already established ties with the US State Department and having held meetings with the IMF and French President Emmanuel Macron, Zelenskiy is expected to travel to Brussels to meet EU leaders shortly.

While early on in his campaign Zelenskiy suggested referenda on EU and NATO membership, he has since reiterated that Euro-Atlantic integration will remain Ukraine’s geostrategic priority. In any case, it is important for him to remember that, on this issue, Ukrainian society does not leave much room for maneuver and pushing the other way could potentially lead to instability.

Zelenskiy has spoken unequivocally about Russia’s responsibility for the ongoing war and has backed the Minsk negotiations. It is possible that Russia could provoke an escalation of hostilities in the Donbas and use other means to exert economic pressure to test Zelenskiy’s mettle in the next days and weeks. Being prepared for such scenarios, including taking advice from experienced security and defense officials early on is crucial. More broadly, Russia remains a long-term threat to Ukrainian statehood and will continue to loom large over Ukrainian politics.

Parliament needs to approve virtually all appointments and legislation. With the upcoming parliamentary election in the fall, the following months will be critical for determining the composition of the parliament, which will, in turn, determine the power dynamics during Zelenskiy’s term in office.

Zelenskiy is talking about early parliamentary elections, which would allow his newly established ‘Servant of the People’ party to enter parliament earlier and could facilitate his reform agenda. However, it remains to be seen whether there will be sufficient time to hold legal and credible early elections.

People are the drivers of change

Ukraine is going through a transformation. Zelenskiy is only a part of it. Regardless of how long it takes, the critical driver of that change are the people: civil society activists, reformers, and ordinary citizens. There have been some achievements thanks to the combined pressure from civil society and international donors, together with reform-minded government officials. Ukrainian citizens are not giving up on change and the international community needs to continue to support them and invest in civic education and local empowerment to support the momentum for reform.