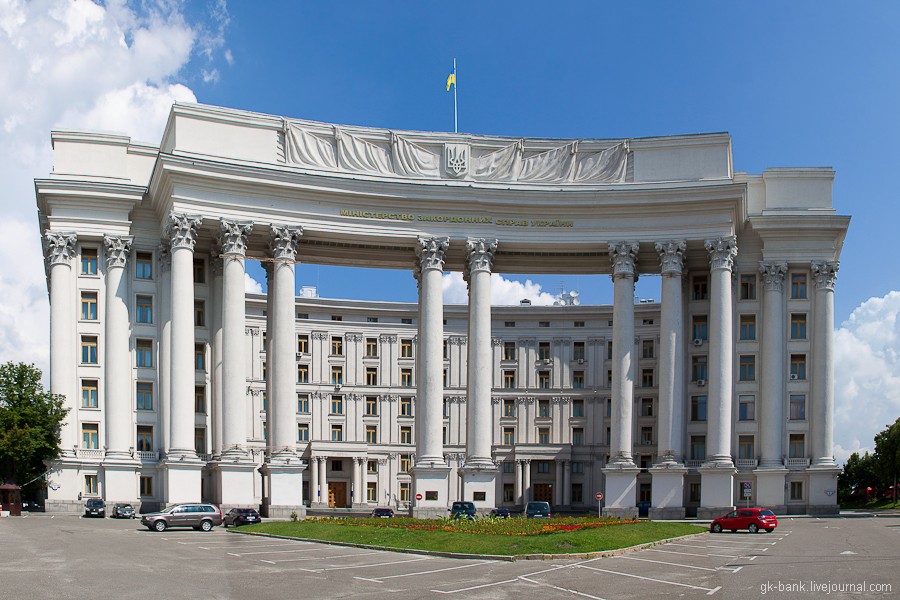 Anastasia Deeva was less than a week into her role as Ukraine’s deputy minister of interior in mid-November last year when she found herself at the center of a media firestorm after nude pictures of her surfaced on social media.

Her appointment by Minister of Interior Arsen Avakov was a groundbreaking achievement for the 24-year-old, who’d been working as an assistant to the previous deputy minister for less than two years, and it was initially greeted with a mixture of excitement, trepidation, and outrage in a country still grappling with rampant corruption and a traditional, male-dominated political landscape in upheaval.

“I knew there would be heightened attention, criticism, and biased commentary,” Deeva told Ukrainian media as the controversy grew. “But I didn’t expect such a dirty hate campaign.”

Deeva’s very public ordeal set off arguments about the rising stature of young women in public positions in a country where much of society still holds traditional views toward women, and highlighted the sharp skepticism they face in their ascendance to power.

“I think it took me about one year to show the parliament, and especially the men in parliament, that I am not just a young woman […] that first of all I am a professional, and can be useful,” said Olena Sotnyk, a 34-year-old MP who gained fame as a lawyer during the Maidan protests for providing legal assistance to victims and their families.

Women now make up nearly 12 percent of Ukraine’s legislature, a high proportion compared to previous parliaments. Many of them are young and inexperienced, after riding 2014’s revolutionary wave of youth into the upper echelon’s of Ukrainian politics. Yet, unlike their equally inexperienced male counterparts, women face a disproportionate amount of criticism from their peers in parliament and the general public.

Many Ukrainians believe a woman’s primary responsibility is to her family and home. And in government, female politicians and bureaucrats have often been associated with issues like healthcare and education, with military and defense matters considered the realm of male policymakers. But these traditional views are now running up against an emerging public perspective: that empowering young female politicians in particular can help the country combat corruption and institute real reforms.

Since Ukraine’s revolution in 2014, women have been especially active in promoting government transparency initiatives, expanding access of information to voters who want to know about the activities of their elected representatives. Proponents of these young politicians see them as less corruptible because they were largely excluded from the country’s old elite networks that mainly consisted of men who gained wealth and power through backdoor deals following the fall of Communism.

“There are about 60 to 70 very young people in parliament out of 420 […] they don’t have bodyguards, yachts, private islands, or jets: they all came either from civil society — journalists or people on Maidan — or from business,” explained Alona Shkrum, a 29-year-old Cambridge-educated lawyer and member of Ukraine’s parliament, the Verkhovna Rada.

Shkrum was only 26 when two Ukrainian political parties offered her spots in their electoral lists. Like many of her counterparts, she became a member of parliament in 2014 — following the protests that brought down Viktor Yanukovych’s corrupt, pro-Russian government — due to her activist credentials and Western education.

In fact, many of the revolution’s most high-profile activists were young women, and their role in the protests that ultimately brought down Ukraine’s government gained them widespread public respect.

“We are earning respect by doing.”

Ukraine is “on a pretty fast learning curve that there is no real distinction between what men and women can achieve or deliver in terms of work,” explained Ivanna Klympush-Tsintsadze, 44, who serves as deputy prime minister for European and Euro-Atlantic Integration.

For Klympush-Tsintsadze, women are now highly visible in Ukrainian politics “because of their motivation — they are doing something new — and because they are trying to work out their space in this predominantly male-dominated sphere.”

Despite gaining a foothold inside the upper echelons of Ukraine’s political system, they still feel scrutinized. Much of this perceived slight comes from some of the country’s older, established male politicians, who still maintain a strong presence in Ukrainian politics, and Ukraine’s older, rural voter base.

“The main challenge is still the old elites, who have an old kind of perception of women, that they should stay at home,” Sotnyk explained. Male politicians, Sotnyk says, don’t take female colleagues seriously, “especially if they think it’s a ‘man’s issue’ — for example, military or security issues. They think women can’t cope with these issues.”

Traces of this attitude occasionally appear at the highest levels of Ukrainian government.

“I’ve also seen in the initial meetings here when we discussed issues connected with defense and security, usually it’s not something men would expect women to be capable of addressing,” said Klympush-Tsintsadze, whose portfolio includes relations with NATO.

“Each and every one of us is trying to ignore this and just trying to ensure that you are competent,” she emphasized. “We are earning respect by doing,” she added.

Some young female political newcomers have devised ways for overcoming their perceived lack of experience. Hanna Hopko, the 34-year-old head of the Ukrainian parliament’s Foreign Affairs Committee, created a consortium of think tanks and advisors — including a Ukrainian diplomat with three decades of experience — to give her a four-month crash course in foreign policy.

For these young women who face intense public scrutiny, showing the public that they are bringing concrete results is key.

“Youth is not a sin,” said Deeva while sitting in her office surrounded by a group of mostly young advisors. As deputy minister, she tries “leaving feelings at home.” When in the office, she says, “I’m just the function.”

Deeva says the best way to assess her progress and instill trust in the government is simple:  Make sure real reforms are being implemented.

“It is important that people have not only knowledge that was received through education, but also have some experience — field experience, managerial experience — in order to be considered for higher positions, because that just helps them be more efficient,” said Deputy Prime Minister Klympush-Tsintsadze.

Though much of Ukraine’s reform movement has stalled, creating widespread disappointment among the public, the presence of so many new, young bureaucrats and politicians is beginning to leave a mark.

“Before the Revolution of Dignity, the Ministry of Foreign Affairs was highly bureaucratized […] With youngsters coming in, we have a much more creative approach to many things,” said Mariana Betsa, the ministry’s spokesperson and the first woman to hold the post.

Despite the challenges, Ukraine’s female politicians and government officials remain optimistic about the future of women in public life.