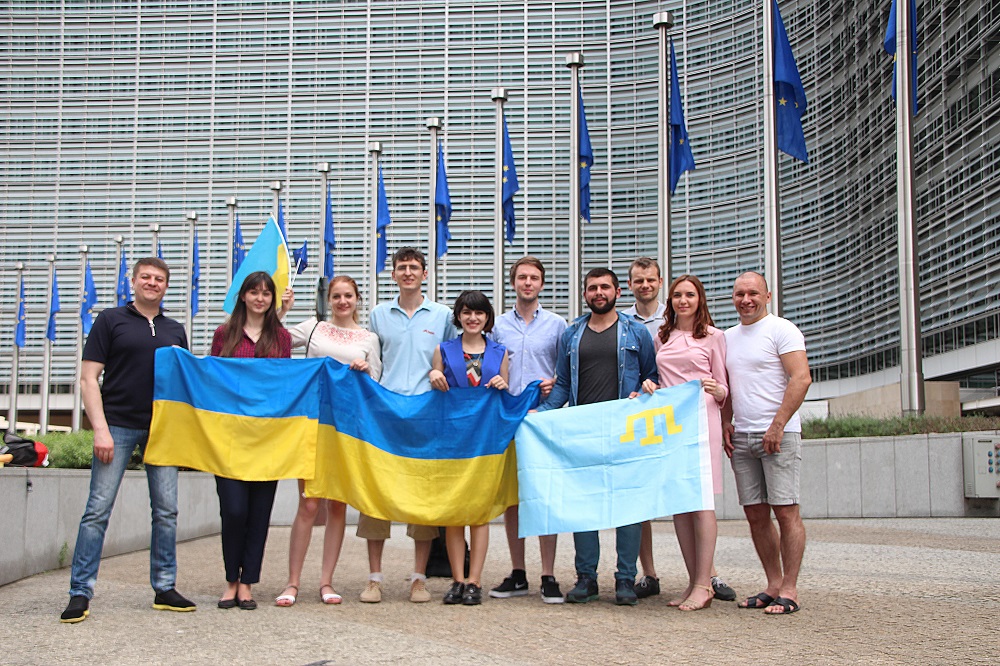 From 11th June 2017 Ukrainians are finally able to travel to the European Union without visas. One step in Ukraine’s European way of development, so much expected and fought for, but what does visa-free regime really mean for the country?

Ukraine is a country situated in the middle of Europe geographically, but on the edge of Europe according to some political perceptions. Ukraine is a paradise land, for possession of which different empires were fighting during various times in the history. Ukraine is a country of peaceful people, who just want to be masters on their own land. With the passage of time values do not change a lot and modern empires are still fighting for Ukrainian rich soil, hardworking clever people, big market and geostrategic position. Ukraine is the country where Asian and European lifestyles penetrate and leave the nation divided between both. Former occupants of the country left trails of its good and bad accomplishments, which makes people connected to them.

Being an independent state, Ukraine was leveraging between different integration blocks and keeping its neutral status trying to be a good partner for everyone. When the country wanted to make a step forward to closer cooperation with one side, the other one appeared to be against and started pressure into an independent state. Three years ago most Ukrainians decided that they want to become part of the European Union (EU), as such turn seemed more rational than the Russian way of development. The choice between corruption, poverty, autocracy from one side and democratic rights, economic development, prosperity from the other seemed very simple for Ukrainian citizens. However, three years ago no one could expect where such a usual decision in foreign policy can bring the country. No one could forecast such a bitter response from the former Eastern partner. Russian federation could not forgive Ukraine its cooperation with the EU. Now after three years of war with Russia on the battlefield and in the information space, fall of the Ukrainian economy, every time more Ukrainians are turning their back to the East and looking to the West. The European Union, being an integration organization of 28 countries, is not always an easy partner, but sometimes Ukrainian engagement is appreciated and the country is coming closer to its European dream. Today is such a special day.

Being waited for so long and delayed numerous times, visa-free regime stays an important step in Ukraine’s thorny road in European integration. Presented in Ukraine as a huge victory of the ruling party and amazing opportunity to travel freely into the EU, visa-free regime stays mostly politically than practically important. From one side, economic crisis caused by war and not eradicated corruption caused most Ukrainians to live at the edge of poverty, therefore for a lot of ordinary citizens the EU was and will stay closed due to the financial barrier. From the other side, Ukrainian authorities paint the visa-free regime as their achievement, trying to keep people in joy and not to think about lack of reforms and high corruption in the country.

Everyone should remember that visa-free regime gives an opportunity to travel to the EU (only Schengen zone) for 90 days, without being able to work or study. The requirement of having reservation in the hotel, invitation, enough funds for the stay, leave most of the previous issues with getting visa and the possibility of getting rejection on the border.

Looking from the political perspective, the EU shows its support and willingness of cooperation with Ukraine. One small victory encourages Ukrainians for greater achievements and hits into the Eastern enemy. As to a number of scientists, Ukrainian development according to European values would be the best sign to Russia, separatists in Donbass and Crimea that democracy can work properly. The whole Russian information war machine cannot do anything but admit that visa-free regime is a victory for Ukraine. The possibility of going to the EU without a visa will make more people willing to have a Ukrainian passport on the occupied territories.

Of course, visa-free regime will be helpful for business, education and tourism. Although, most people who had a chance to travel before, did not have big problems with getting visas, still deleting the procedure of getting visa for small trips will boost numbers of people and trips. More people will come to the EU, will see level of life there and will go back to develop the European Ukraine. New touristic routs with cheap offers, student trips, business exchange, and scientific collaboration are only a few positive things to expect.

From the other way of thinking, we should not forget that the EU’s trust in Ukraine raises image of the country in Europe and in the rest of the world.

Today’s day of Ukrainians in the capital of the European Union – Brussels – can serve a positive encourage for further Ukraine’s achievements. In the first day of functioning of visa-free regime Ukrainians, living in Brussels, some of them working in the EU’s institutions, gathered to celebrate visa-free regime. Later, they met with Ukrainians, who came from Kyiv to visit Brussels using the cheap offer of Ukraine International Airlines. Ukrainian Ambassador in Belgium joined his compatriots and all together they visited a mural of a Ukrainian painter in Brussels. Ukrainian cooperation with the European Union in tourism, business, politics and art is developing.

Concluding, it is worth to say that visa-free regime of Ukraine with the European Union is a victory in Ukraine’s war for its freedom, independence in its foreign policy and European way of life. Remembering, that this is a small success, which does not give Ukrainian politicians the right to stop reforms and the fight against corruption in the country, Ukrainians deserve the right to celebrate. To celebrate a bit and then fight further for free and prosperous Ukraine!