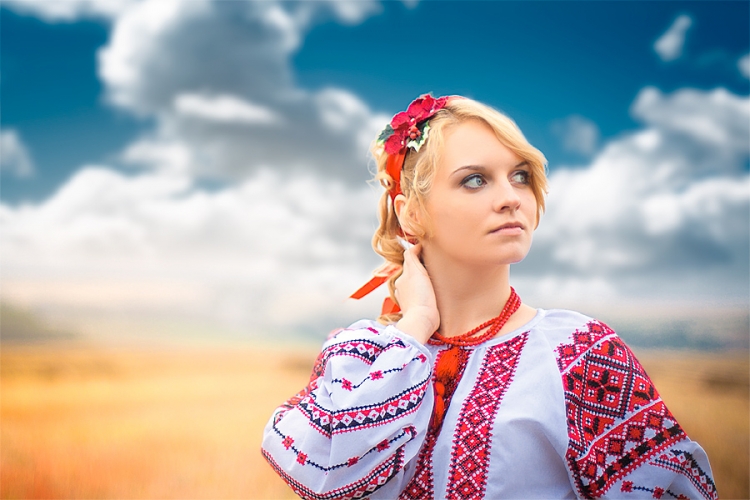 The article was first published at Eurozine. By Javier García Toni

The first thing one looks for on arriving in Kiev is the iconic Maidan Square. As I found out shortly after landing, Maidan, in Ukrainian, means ‘square’, and its real name is Maidan Nezalezhnosti, ‘Independence Square’. However, since the word Nezalezhnosti must have sounded excessively complicated, the western media began to talk about Maidan Square, literally the ‘Square Square’.

Very near the Square Square, in the central Oliva café, Yevhen Hlibovytsky is hurrying through his continental breakfast. He eats greedily, and fills his dense beard with crumbs while speaking English with a strong American accent. Yevhen, an intellectual and co-founder of the Nestor Group, had begun the conversation with an opening proposition that he considered necessary in order to understand a little of what is happening in Ukraine. ‘We are accustomed to tragedies. Each generation has had its own. It’s not the same as in western Europe, you know? There you still live off the benefits of the time that followed the Second World War. That was your last great catastrophe. The generations that came later have been able to laugh, dance, drink. Live happily. Here it’s another story.’

Kiev, or Kyiv in Ukrainian, is a city that seems a little aloof at first sight. It feels cold, big, widely spread out. The enormous Dnieper, the river that traverses the city, divides Kiev in two. With a centre on the west side and outer districts on the east, separated by a river that forms huge islands full of trees. There are not many bridges over the river, and crossing from one bank to the other is a journey into the wilderness that can make you forget you’re in a city. Kiev is the capital of a divided country, cut through by a range of fissures, commonly represented as a constant tension between its western, pro-European aspect and its eastern, pro-Russian side. The city is itself no more than an illustration of everything else.

Darnytsia, which was our district, is on the east bank. It’s one of those areas that looks the way you imagine a post-Soviet district should look: wide avenues, uniform apartment blocks with neglected garden areas, families walking along in unfashionable clothes, road surfaces in bad condition, old people and old cars. But, Darnytsia too is also witnessing the struggle between old and new that is shaking the whole country. It has this aroma that not much has changed since before the fall of the Wall, but it’s also the location of a trendy new café, the 2bob, with coloured flourescent lights, walls of exposed brick and big coffees in cardboard cups. With its particular clientele, with its delicious coffee, its cakes, its three tables forming an outside terrace. A meeting point for the young people of the district, who look the same as the ones you might see in places like Malasaña in Madrid or Gràcia in Barcelona, with the same clothes, the same mobile phones, the same coffee and the same music in the background. But also, still, and above all, with different wounds.

The faultlines of a divided country

The wounds that this generation are suffering from perhaps began with all the failed movements that are referred to as ‘colour revolutions’, but most of all with the most recent attempt by one part of the country to move closer to the longed-for Western Europe, the Revolution of the Maidan. President Viktor Yanukovich fled, and an association agreement was signed with the European Union. Ever since then European flags fly proudly from all the official buildings in Kiev, including the National Bank of Ukraine. It can’t fail to be a little amusing: some countries are voting to leave the Union, and other countries are placing European flags all over the place without being members of the club.

Our Europe and its contrasts

The Maidan Revolution woke the country up, but it also lost Crimea, however much Ukrainians may still claim it, and war began in the east. Power fell into the hands of the very corrupt Petro Poroshenko, who is now scarcely trusted by anybody, and the rift continued to grow dividing a country which, as Oksana Forostyna has indicated, ‘is too Soviet and corrupt to go West, and too western and too ambitious to simply stay post-Soviet’.

One Ukraine is made up of young people, with a good knowledge of English, and European aspirations. They have created independent media, which survive through international financing. Media channels such as Kyiv Post, Hromadske TV or Euromaidan Press, and civil society activists and politicians from small parties such as Sergii Leshchenko, the only one among all Ukraine’s politicians who was regarded with respect by all the people we spoke to. ‘He’s one of the good guys’, everyone said. This is the Ukraine that managed to organize an LGBT Pride celebration in Kiev, which had to be protected by the police, but went ahead. It is the part of society that looks forward to the future with hope.

Another Ukraine is that of the older people, of the people who remember a time full of certainty and stability, of a better standard of living, and a certain kind of national pride that is mixed in together with the feeling of having belonged for many years to a Soviet Union that is still present in the memories of many. The Ukraine that prefers to avoid adventures, that prefers not to have to worry about understanding how things change and prefers perhaps just to live a bit better. The part of society that lives looking backwards to the past with nostalgia.

But the largest Ukraine is the country of the indifferent. The sensation that always hangs in the air in any conversation is that for a large part of the population the question of who is in charge or who is thrown out of power doesn’t matter at all. There have been too many decades of accumulated distrust towards power, of vague promises and magical solutions. This was confirmed by Sergiy, a local activist for an NGO in Druzhkivka, a grey city in the east of the country only a few kilometres from the battlefront, where the presence of the conflict had to make itself felt close by.

‘How many people care about the war?’

‘Very few. For the great majority Kiev or Moscow are all the same, they just want to carry on with their lives as well as possible, because they know that nothing is going to change.’

This conversation took place in the Oblast of Donetsk, in the part of the Donbass region controlled by the Kiev government. This is the area in which the so-called ‘Anti-Terrorist Operation’ (ATO, due to its initials in English) is in progress, so that one has to go through the Ministry of Defence in Kiev to obtain accreditation. The first impression given by Sloviansk, now under Ukrainian control for two years, since 7 July 2014 – and nearby Druzhkivka, which was incorporated a little later – is that they are quiet, hot and widely scattered. The poverty of this part of the country is noticeable. In the houses, cars, bars, clothes. In schools and parks. I couldn’t avoid thinking of the Beatles song, Back in the USSR, most of all when we came across middle-aged women with backcombed hair, flowery blouses and pencil skirts. Straight out of a 1960s postcard. So close to the firing line, so far from the everyday life of a Europe that felt as absent as it was far away.

If the urban Ukraine of Kiev arouses a certain degree of hope, above all in its most internationalized, best-dressed circles, the rural Ukraine of Donetsk can be fully located within the indifferent, disheartened mass of the population. Sloviansk also has its two fashionable locales, with music and low lighting, terrace tables and irritating mosquitos. But they’re not the same as in Kiev. Here one does not feel the pulse of the same concerns or desires, except among a few honourable exceptions of well-educated young people who know the city well and are not afraid to declare themselves politically on Facebook. Maybe they have the will to do something, but one can’t avoid asking oneself the question what the hell they’re doing in this remote part of the continent. If they are part of that first Ukraine that looks west, towards a Europe from which they still expect something, it would seem that this is not the place for them. But, as we know, someone has to stay where they are from.

The impression of immense weakness given by the structures and organs of the state in Ukraine is unavoidable. Nobody trusts in the rules, nobody trusts a state that has been a shambles for centuries and never quite manages to make a new start. This is perhaps different from the sensation transmitted by Russia or European conditions, based respectively on autocracy or democracy, but where in each case there are certainties and institutional strength. It seems that in Ukraine, in contrast, parallel structures are tolerated based on systematic corruption. Precisely in order to reach areas that are not touched by a state that is not trusted and a system of political representation that is completely different from the one we are familiar with in Europe and which, for a Spaniard at least, is very hard to comprehend.

In Ukraine – this is how it seems, and what people tell you – ideologies do not exist. Parties are not right-wing, or left-wing, conservative, social-democratic or liberal. They are simply interest groups formed around some individual figure with money – one or other of the famous oligarchs – that then compete among themselves. Only some of the new parties with an impulse for regeneration seem to have their ideological position a little clearer, which is always on the centre-right or in the broadly liberal area.

The Ukrainian distrust for public authorities is perfectly illustrated by this joke that is almost three decades old:

‘Can I eat apples from Chernobyl?’

‘Yes, of course you can. It’s just that afterwards you have to bury the core deep underground.’

However, Ukraine’s greatest deficit is in social capital. There is no social capital without some optimism regarding the chances of a better future and networks with some sense of solidity; without security. This is not so much because of political repression – Ukraine feels much freer than other post-Soviet countries – but because the future does not seem to offer much room for hope. It’s the insecurity of not knowing whether you really will be able to live out a worthwhile life in the midst of a country in unending crisis, with a devalued currency, low wages, an ageing population and dual pressures from both inside and outside the country for nothing to change.

Lights in the darkness

What has been good about the Maidan? Tatiana, an independent journalist, is of the opinion that the Maidan was a means of returning into the international spotlight. So that someone would take some notice of Ukraine, ‘that Europe would take us into account’. Oleg, another journalist and also independent, replies emphatically to the same question. ‘Everything’, he says, ‘I’d do it again, one time after another. It was the awakening of the nation.’

An awakening of a nation that is still slow, sluggish, often exasperating. But an awakening, after all, and the beginning of a long road towards development, democracy and a rather more satisfying, dignified life. A dignity that is expressed through a generation that has decided to speak up and prefers creating to suffering, speaking to shutting up and laughing to weeping. The small but incipient civil society that exists in the country will be the seed of something more in the future. For the moment they insert European flags in their workaday lives. Our democracy, in spite of everything, continues to inspire trends.