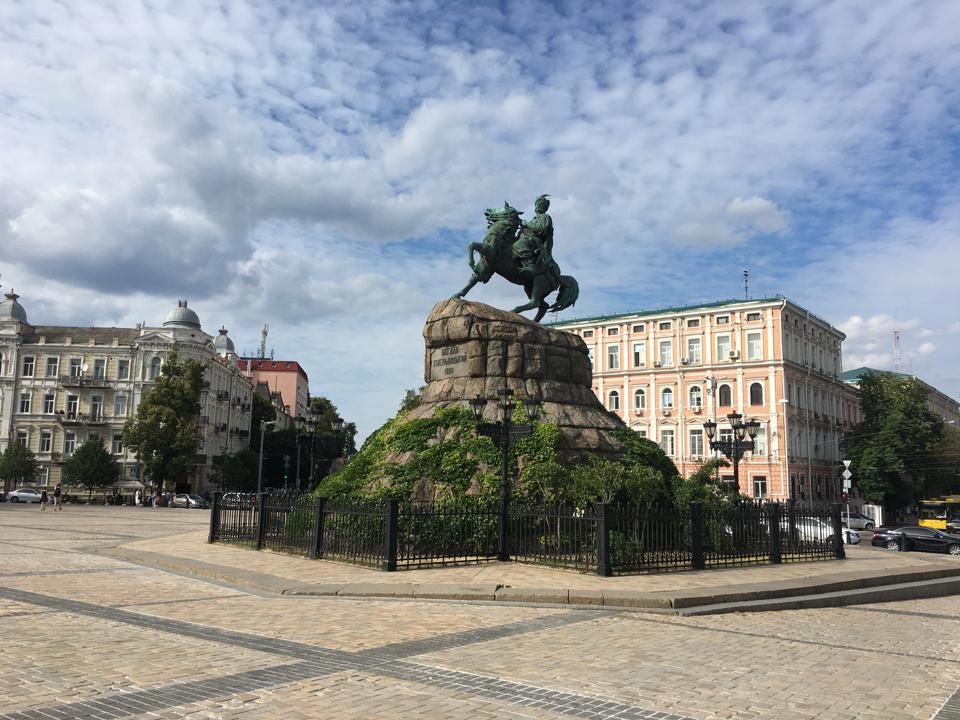 The article was originally published at Forbes. By Wes Martin. Colonel (Retired) Wes Martin served as the first senior antiterrorism officer for all Coalition Forces in Iraq.

Tying with Russia and Iran for the 131st position of 176 countries evaluated in the World Ranking of Corruption Perception, Ukraine is its own worst enemy. A survey developed by Ukraine-based Dragon Capital confirmed that the country’s citizens were more concerned about widespread government corruption and a broken judicial system than another attack from Russia. The financial situation is very volatile and prohibits the citizens, as well as potential foreign investors, from knowing what the currency will do from week to week.

Seventy years ago Germany and Japan were picking themselves up from total devastation. Twenty years later they were pushing themselves into the global market. Today Germany and Japan are two of the world’s largest economies. Ukraine possesses the necessary resources, has a work force ready to be employed, and is in prime position to become a successful economy. Unfortunately, widespread internal corruption is Ukraine’s biggest obstacle. Instead of dedicating themselves to developing a long-term future, the political and judicial leaders are primarily focused on their own short-term financial gain.

Even when foreign investors show potential interest, they are being scared away. The Ukrainian-born Vadim Segal is a blatant case in point. Now a U.S. citizen operating an investment firm in New York City, Mr. Segal had built a financial stake in the future of his original homeland. Unfortunately, his $50 million soybean plant was power-grabbed by Ukrainian billionaire Dmitry Firtash (currently waiting to be extradited to the USA from Austria to face a corruption trial). Fraud, extortion, physical threats were all tools used by Firtash.

According to the Chicago Tribune:

Comparing Firtash’s racket to the Mafia, prosecutors wrote, “Firtash and (his co-defendant Andras Knopp) have been identified by United States law enforcement as two upper-echelon associates of Russian organized crime; their prosecution will disrupt this organized crime group and prevent it from taking further criminal acts within the United States.

They added, “this prosecution also takes aim at the corruption of foreign public officials, a concern that the Congress has identified as a threat to global security.”

When Vadim Segal turned to the Ukrainian government to make things right in 2010, Firtash and his business partners had the courts and police under their control. Firtash reportedly used intimate connections to the government and the Ministry of Interior to submit a request to Interpol to arrest the Segal. After a few recent legal victories during President Poroshenko’s time, Vadim Segal is still struggling to get full control of the plant. Sergei Levochkin (former head of the Yanukovich Administration) and lawmakers Oleksandr Granovsky and Ivan Fursin managed to capture the judicial system and allegedly commercialize it.

The situation in Ukraine is so bad even its own Prime Minister recently stated: “The weakest link in our fight against corruption is the Ukrainian court.” The Firtash partners allegedly control a significant fraction of the “opposition block” in the Parliament, and the country’s leadership is forced to conduct a politics of compromise and concession, given the financial strength of its backers.

President Poroshenko has very little time to clean up his government and clean up the system. Secretary of State Rex Tillerson and other U.S. officials for some time have been pushing Ukraine to press ahead with reforms that would curb corruption and improve governmental transparency.

Ukrainian leaders are not only robbing the citizens of financial stability, they are robbing the citizens of their future. Parallels with what the Organization for Economic Co-operation and Development stated: “While the political and security situation has deteriorated in recent years, the problems are long-term and have to do with poor business environment, weak institutions, and widespread corruption.”

Investors are willing to take some risk. That is the nature of their business. They are not willing to invest in a guaranteed failure. That is what Ukraine is offering right now. To encourage foreign investment, the environment must change – starting with judicial and business reform. Situations such as what happened to the Segal brothers must be stopped, and that travesty reversed.

Meanwhile, the systematic failure of Ukraine to protect western investors will trigger economic and personal sanctions against individuals and institutions involved. Ukraine will need U.S. government support to build its future and defend its borders. Supporting crimes committed against U.S. investors and proving the government of Ukraine cannot be trusted are guaranteed to alienate the U.S. Congress and State Department.

Prime Minister Groysman came into his office pledging to fight corruption. Taking him at his word, the Ukrainian people and government officials need to get behind him and fix the problems, which are at the level of severe international embarrassment. Organized crime and government corruption can be overcome. Instead of allowing a court system to become commercialized and an enterprise as it has become, Ukrainian leaders at the top need to make some drastic changes and quickly.

The Ukrainian people will need a Rudy Giuliani to spearhead corruption and make real changes and reform if they are to attract investment in their country. As a U.S. Attorney, Giuliani indicted the heads of New York’s so-called “Five Families” under the Racketeer Influenced and Corrupt Organizations Act (RICO) on charges including extortion, labor racketeering, and murder. Maybe it’s time that Poroshenko indicted a few officials from his own political family in order to weed out corruption.

Until the government of Ukraine successfully takes aggressive action to fix itself, it is guaranteed to retain its designation of one the world’s most corrupt governments. Meanwhile, its own citizens will remain the biggest victims.