The article was first published at Euromaidan Press by: Mykola Kniazhytskyi.

Where can we still find a country where in the course of 15 years three revolutions occurred? [In Ukraine, there’s been the 1990 Revolution on Granite, the 2004 Orange Revolution, and the 2014 Euromaidan Revolution, or Revolution of Dignity – ed.] What did they change, and why does one revolution always follow another?

Because there are no cardinal changes which are able to preclude these revolutions. Society or people revolted against political factors which threatened their independence, but Ukraine traditionally was divided between two different countries and our country was a partial colony of both these countries. 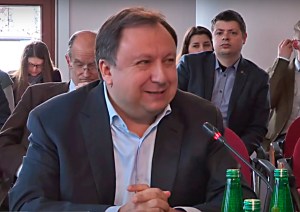 The presented maps of Ukraine demonstrate the results of an investigation carried out in 2013, still before our latest Revolution of Dignity, by my colleague, the researcReher Anatoliy Tkachuk, on the basis of sociological research into regional stereotypes [we have been unable to verify that these maps are actually carried out by Anatoliy Tkachuk, they seem to be a joke by the site inspired.com.ua – Ed]. People from different regions of Ukraine were asked: “How in your opinion do people live in these or other territories of our country?”

Even though this poll is ironic, but it shows that in 2011, neither the consciousness itself of a single Ukrainian nationality nor the knowledge of one’s own country existed. Map of stereotypes by the residents of Kyiv about Ukrainian regions. Source: inspired.com.ua, 2011. Translation: Euromaidan Press 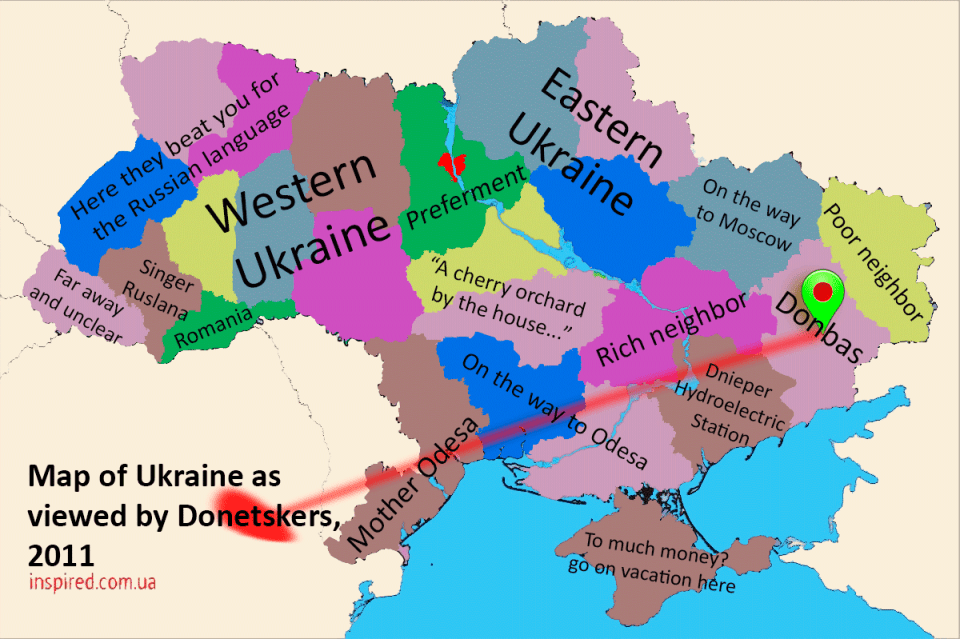 Map of stereotypes by the residents of Donetsk about Ukrainian regions. Note that people Donetskers feel intimidated about western Ukraine, where they had been convinced they would get beaten up for speaking Russian.  Source: inspired.com.ua, 2011. Translation: Euromaidan Press Map of stereotypes by the residents of Zakarpattia about Ukrainian regions. As Zakarpattia is separated from the rest of Ukraine by the Carpathian mountains, its residents have a fuzzy vision about the other regions of Ukraine. Source: inspired.com.ua, 2011. Translation: Euromaidan Press 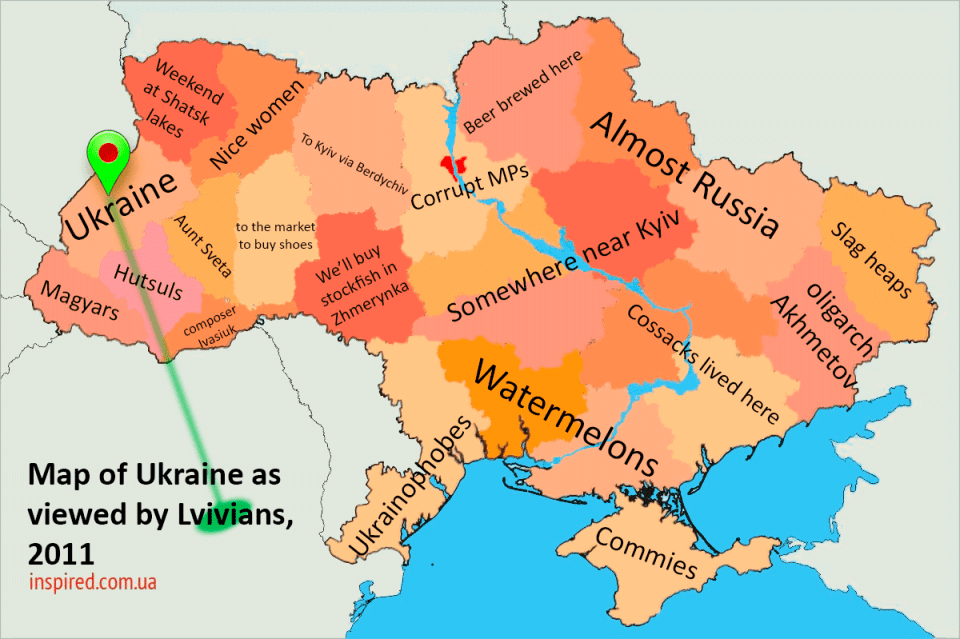 Map of stereotypes by the residents of Lviv about Ukrainian regions. The further east, the more unfavorable the stereotypes. Source: inspired.com.ua, 2011. Translation: Euromaidan Press

And this is truly a consequence of colonization which occurred over many years. What do I fear particularly from this colonization? When I stopped working as a journalist and first became engaged in politics I was impressed by (and continue to be impressed by) the fact that up until the Euromaidan revolution Ukraine basically retained its postcolonial status.

Up until the Euromaidan Ukraine factually retained its postcolonial status.

Every Ukrainian official strived to receive support so that he or she could lead essentially one territory, which did not have a deep identity.[…]

Events nowaday are unquestionably disappointing, because a significant portion of the Ukrainian elite now adopts laws based on the wishes of Ukraine’s Western partners, first of all, the United States. The arguments during voting in the parliament is: “the Americans are really asking, so we have to vote for it.”

And it’s difficult finding some sort of system in what the Americans ask to vote for. Sometimes it can be the question of the anticorruption courts or, for example, a question about authors’ rights or copyrights. I must vote in accordance with the resolution of my faction, even if I don’t agree with it, because the Americans care about their own interests in the defense of authors’ rights and sacrifice Ukrainian artists and performers. And, for example, Ukrainian films too, as Americans stand against any sort of quota for Ukrainian films. Sometimes they are the right laws, but often they are lobbying from the side of some country. This means that the Ukrainian government hasn’t yet formed into a single nucleus united by national values. This is a result of colonization.

If one looks, for example, at Israel, then one can see a group of people at the head of whom was Ben-Gurion, who united people whose children sacrificed themselves in the war; even millionaires were able to follow the orders of poor people who were their military leaders.

If you look at the example of Poland, then you can see a group of people united around the Solidarity movement, who upon assuming positions of authority were united around certain ideas which they implemented when building their country. The same is true of the Baltic countries.

Unfortunately, when our first democratic forces emerged, those which grew up from the dissident movement, they were unable to reform the country. Kuchma won the [1994] presidential elections with blatant Russian support and after that, we got hooked up on the Russian gas needle.

Basically, the colonial regime continued and has now been superseded by oligarchisation, with the country having been divided between the oligarchs who were all connected in some way to Russia. These groups were extremely interested so that no values whatsoever, except money with which they could buy people in any region of Ukraine, would unite Ukrainians.

So people feel the loss of this independence and remember that they were humiliated during the existence of different empires and rebel.

But the political class which could have emerged and develop this independence, unfortunately, does not materialize. Today our main task is the creation of this political class.

This article is a translated address by MP Mykola Knyazhytskyi at the International Symposium “3R: Revolution, War and their Consequences” in Warsaw, Poland.