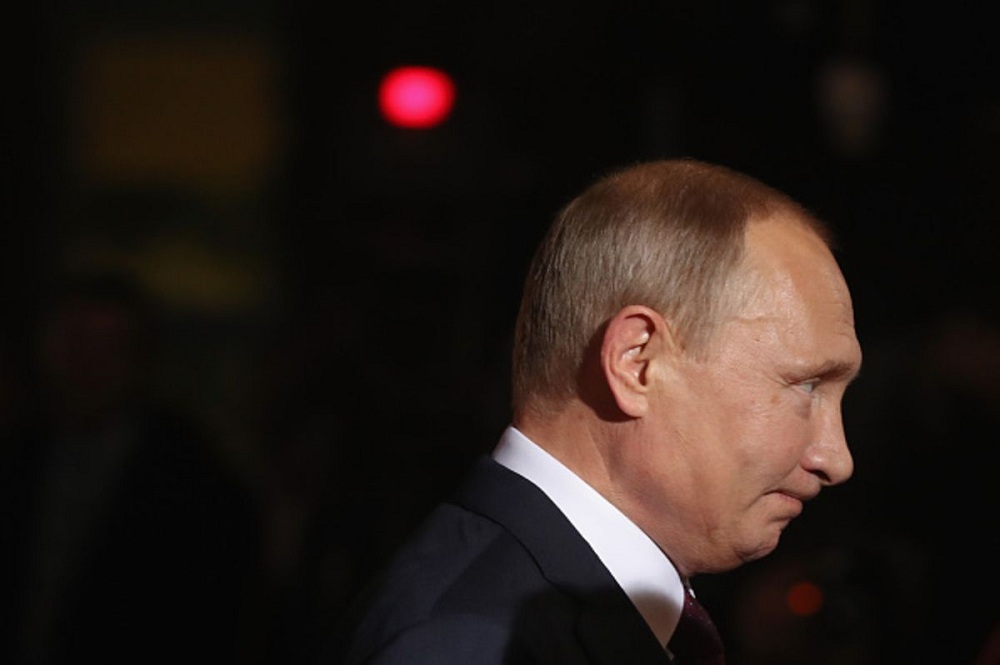 The article was originally published at Bloomberg by Leonid Bershidsky

Russian rulers have long been content to accept fear and awe in lieu of respect and admiration, and by that standard, Putin shone in 2016. This year that is proving a tougher gig to keep up, as he prepares for what might be his last presidential election in 2018.

Last year, Putin’s boldness, combined with a bit of luck, paid off: The victories in Syria, the successful destabilization of Ukraine, the swelling support for populists in Western nations. Even the Russian economy provided some hopeful signs with something of an agricultural boom and the de-facto end of negative growth (economic output shrank just 0.2 percent last year). But the path to greatness Putin has chosen is a tough one: It’s easier to make headlines than to turn them into tangible, long- or even medium-tern advantages.

Russia’s efforts to cultivate an opposition to the continent’s centrist elites look likely to backfire. The wise men at the Kremlin and the Russian foreign ministry never entertained much hope that Geert Wilders would become Dutch prime minister and veto a sanctions extension, or that National Front leader Marine Le Pen would win and dismantle the European Union altogether. French republican candidate Francois Fillon represented a far more solid hope — an alternative to Germany’s determination to treat Russia as an adversary. Fillon, however, has been tripped up by a satirical newspaper that discovered he had been paying his wife a parliamentary aide’s salary; Putin has always underestimated the power of a free press, perhaps because he has limited experience with one.

In the upcoming German election, no serious party or candidate can be counted on to advance Putin’s goals: Social Democrat Martin Schulz is no more pro-Kremlin than Chancellor Angela Merkel. So here in Germany, Russian interference has been invisible so far, and it will likely stay that way through election season.

Donald Trump’s victory in the U.S. initially looked like a major success for Putin, especially if one believes the stories of Trump’s and his associates’ close ties to Russia. But even if Trump had planned to make any peace offerings to Putin, he has been hemmed in by a major anti-Russian campaign run by the media and his political rivals. And for anyone who still thinks Trump is a Russian puppet, on Thursday, the U.S. State Department, run by supposedly pro-Russian former oil executive Rex Tillerson, put out a statement strongly condemning Russia’s annexation of Crimea timed to coincide with the annexation’s third anniversary.

Trump is nevertheless better for Putin than Clinton would have been. He’s disengaged from Europe, and Merkel’s visit to Washington on Friday is unlikely to fix what started off as a dysfunctional relationship. His focus is clearly domestic, and he’s disinclined and probably ill-equipped to meddle in areas where Russian interests are strong, such as Ukraine, the Balkans and Libya. In Syria, his interest is limited to defeating the Islamic State — something that is also in the Russian interest.

Under Trump, the U.S. has stepped up involvement in Syria. Recent U.S. strikes helped Assad and Russia retake Palmyra from ISIS fighters. All of this moves Russia closer toward its goal of securing Assad’s position in any future settlement, but it’s not ideal. Putin would have preferred to resolve the Syrian crisis in partnership with Turkey, leading to a de-facto division of spheres of influence between the two countries. Turkish President Recep Tayyip Erdogan, however, proved a less than reliable partner because of his overweening interest in destroying Kurdish separatists, and Russia has been forced to accept a kind of unspoken situational alliance with the U.S. to keep him in check. This complicates the final deal for Putin; in any case, the deal is nowhere in sight at this point despite Russian and Turkish diplomatic efforts.

In the Balkans and in Libya, Russia has made its interests known, but it has been careful not to make any Crimea-style surprise moves; victory wouldn’t be certain and a defeat could be catastrophic for Putin’s carefully constructed reputation as an international force. Last year’s alleged failed coup in Montenegro — probably a freelance effort by Russian nationalists Putin tolerates rather than fully backs — is a good reason for caution. Moscow also hesitates to go all in for Libya’s General Khalifa Haftar: He may turn out to be too weak, requiring a costlier effort than Putin can afford, both politically and militarily.

Ukraine, where Russia’s immediate interests are stronger than in the Middle East, continues its self-destructive trajectory. President Petro Poroshenko recently decided to back a blockade of eastern Ukraine’s separatist regions, which his government previously said could result in heavy economic losses for the nation. The reason Poroshenko flip-flopped is that the blockade was backed by fiercely anti-Russian war veterans — a force Poroshenko himself has unleashed and one he now fears.

It’s possible that, by tightening his stranglehold on Ukraine, Putin isn’t just turning it into a lost cause for the West — he’s also encouraging violent forms of nationalism whose rise is more dangerous to Russia than Poroshenko’s incompetence and corruption. This year, Ukraine is likely to drift further away from Russia, not get closer to it.

Economically, too, there is not much relief on the horizon for Russia. A joint attempt with Saudi Arabia and other oil exporters to talk up oil prices by promising big production cuts is fizzling. If current prices — below $50 per barrel — hold, the Russian budget won’t collapse, but there will be no growth bonus, either. Gross domestic product is expected to increase by about 1 percent — a slower growth than in other emerging markets or even the EU, and not enough to back any kind of geopolitical expansion beyond the existing relatively cheap projects.

Putin can try to move fast and unpredictably in a new shock-and-awe campaign. But he can’t count on strong allies or on a buoyant economy, and his instinct appears to be to exercise caution for now. That’s a sure way to disappear from the headlines he has counted on to bolster his image.