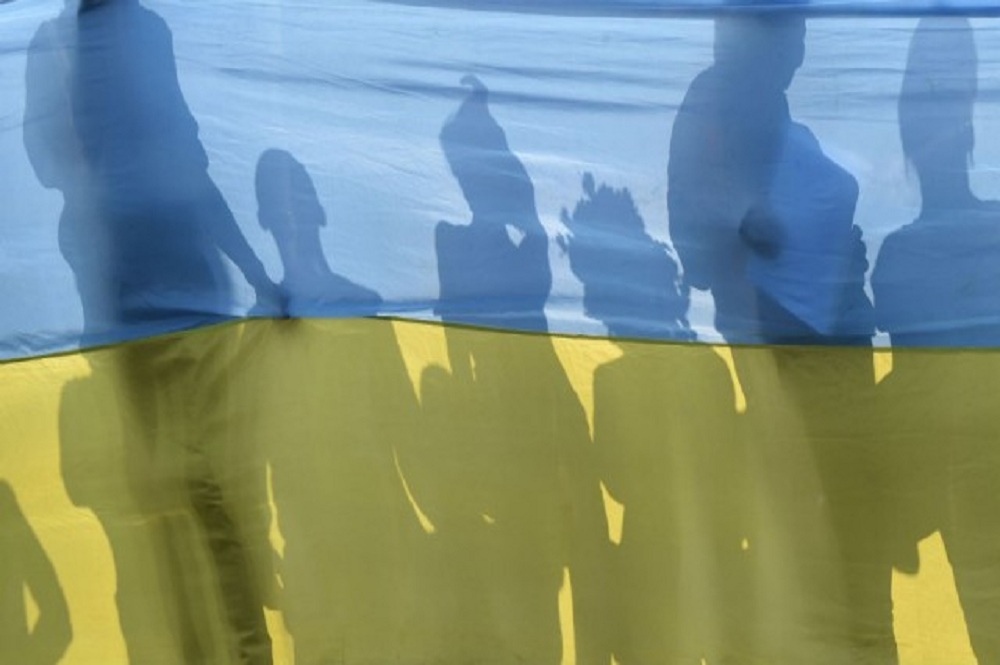 The article was first published at the Hill by Kenneth Wollack.

Talk about Ukraine in foreign policy circles these days tends to revolve around two major themes.

First, there is a suggestion that Russia and the West may want to negotiate a grand bargain in which Ukraine would be relegated to Russia’s sphere of influence. Second, there is impatience with the slow pace of anti-corruption reforms inside Ukraine. The implied corollary to this concern is a question about the value of continuing to provide assistance to the country.

These ideas have been debated at length and in multiple forums, resulting in a wide spectrum of ideological, geopolitical, moral and practical positions. What is glaringly absent from most of these discussions, though, is any reflection on what Ukrainians might think.

This is a significant oversight. The National Democratic Institute (NDI) recently conducted a survey that illustrates the reasons Ukrainian public opinion should be the starting point — rather than a mere footnote — to these and other discussions.

Ukraine, of course, continues to face grave challenges, including economic disruptions, political turmoil, the illegal occupation of Crimea and a war in the east. A favorable resolution of these concerns is by no means guaranteed.

Nevertheless, Ukrainians are overwhelmingly united on the big issues facing their country. The vast majority of Ukrainians — 86 percent — say it is “important” or “very important” that Ukraine become a fully functioning democracy. Large majorities support this point regardless of where they live in the country or which party they support.

Ukrainians also have a clear and consistent view about how to define democracy: It means equal justice for all, free elections and fundamental freedoms. On the flip side of the coin, 74 percent assess Russia’s influence on their country as negative. Only 4 percent consider it positive.

Purveyors of false news would have us believe that Ukraine is deeply divided and that those Ukrainians who are not supporting “fascism” are desperate to be rescued by Russia. Our research shows that, in fact, the opposite is true.

Ukrainians are also clear and consistent about the path they want to follow. Asked whether they would accept peace in exchange for losing the right to determine their own future, 80 percent said “no.” Only 5 percent said “yes.”

Despite the many pressures they are under, Ukrainians are not willing to give up their territory: 77 percent want the occupied parts of Donbas to be returned to Ukrainian control. Any attempt at a bargain that frustrates Ukraine’s aspirations for democracy and sovereignty would thus be unlikely to produce peace or stability.

These findings point to an important facet of Ukraine’s path to democracy: It is being driven from the bottom-up, rather than from the top-down. It is propelled by a popular determination, solidified on the Maidan during the 2014 Revolution of Dignity, to root out corruption and build a democratic system in which leaders serve the people, and not the other way around.

The bottom-up nature of the process means that reforms may proceed relatively slowly, but the end result is likely to be more sustainable.

Further, the polling demonstrates the optimism the Ukrainian people have in the slow but steady progress they are making. By a ratio of two to one, Ukrainians expect the next generation to be better off than their own. The ratio reaches five or six to one in places like Kherson in the south and Khmelnitsky oblast and Lviv in the west.

These numbers are significant because they mean that people are willing to make sacrifices now in order to deliver a better future for their children.

Citizens without prior experience in any kind of activism are participating in local decision-making in ever-increasing numbers. One quarter has attended community meetings since 2014 and a further 29 percent are willing to do so. These would be respectable figures anywhere, but they are particularly impressive in a country that was known, until relatively recently, for its politically disengaged population.

In other words, the Ukrainian people themselves are committed to the reforms that can make Ukraine more democratic, stable and prosperous. They hold these convictions independently of their current government and despite external pressures to the contrary. Assistance that helps Ukrainians help themselves will thus land on fertile ground.

With their determination, optimism and patriotism, Ukrainians continue to defy expectations. Those in the West who are advocating policies for Ukraine would do well to consult with Ukrainians themselves.