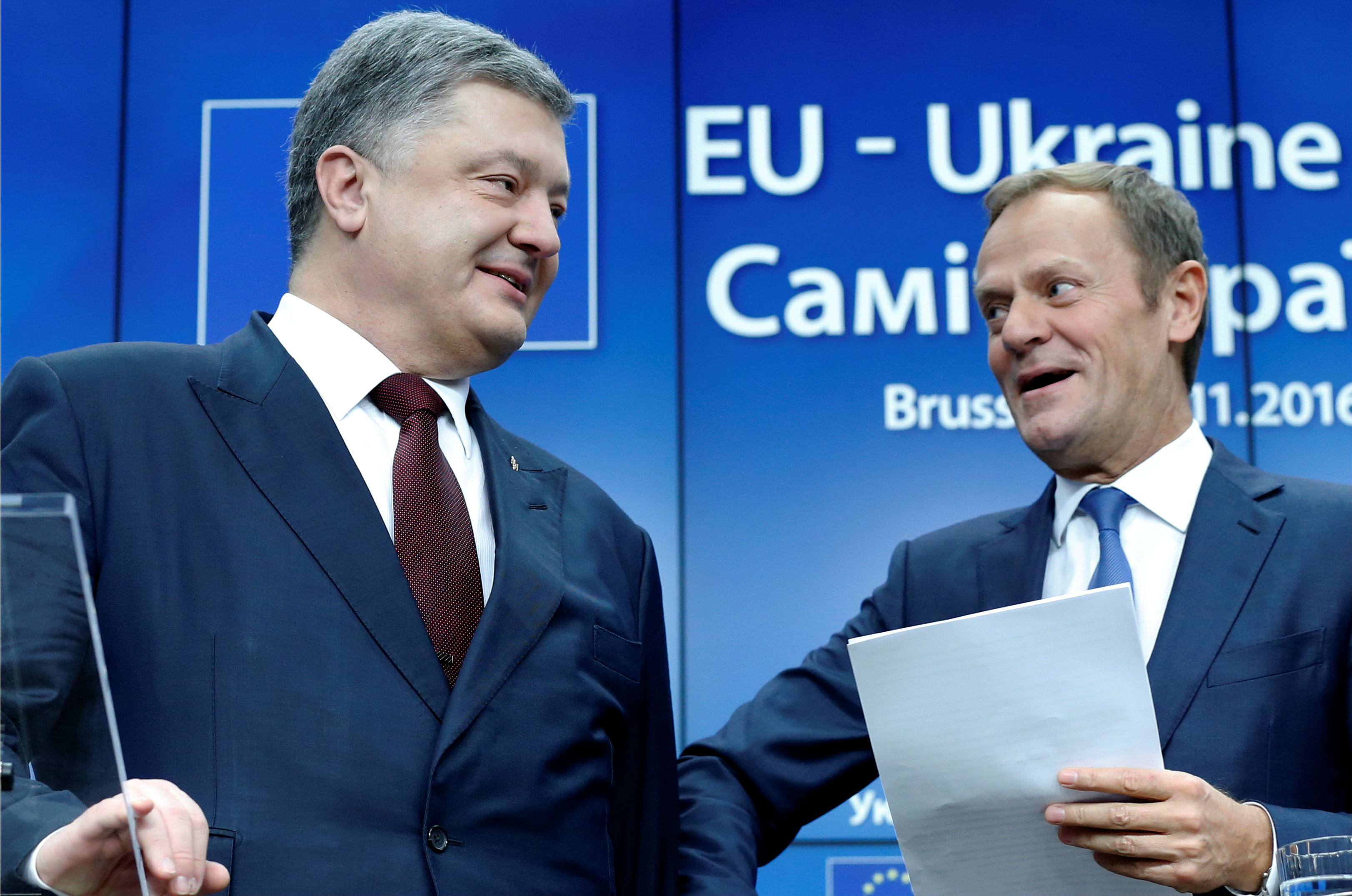 The article was first published at The Atlantic Council. By Josh Cohen.

Europe’s leadership seems to realize the challenge US President Donald Trump poses to the transatlantic alliance: German Chancellor Angela Merkel recently reminded Europe that “our fate is in our own hands,” while Guy Verhofstadt, president of the Alliance of Liberals and Democrats for Europe, argues, “Europe must take its destiny and security in its own hands.”

One way for Europe to exert greater control over its destiny and security is to step up its support for Ukraine. After all, it is in Europe’s interest to have a stable, pro-western Ukraine on its eastern border. Here are four easy steps it can take to promote this objective.

First, the EU should finally meet its commitment to provide Ukrainians visa-free access to the EU. The EU already concluded in December 2015 that Kyiv had met all benchmarks under its Visa Liberalization Action Plan. However, rather than rewarding Ukraine for this achievement, internal EU politics related to a temporary visa suspension mechanism continues to stall the actual implementation of Ukrainians’ visa-free access.

This is patently unfair and weakens the EU’s own diplomacy efforts, while also targeting the same Western-oriented Ukrainian reformers whom Brussels should support. Civil society activists tell UkraineAlert that whenever the EU pushes Kyiv on reforms, the presidential administration, the Groisman government, and the parliament all resist, using the pretext that the EU must first implement the visa-free regime before Brussels can criticize Ukraine. Unfortunately, this plays right into Moscow’s hands. Recent polling results—partially driven by the Opposition Bloc, fake think tanks, oligarch-controlled media, and Russian social media accounts—show support for the EU declining. If Ukrainians see the EU breaking its promises to them, this trend will only increase.

Second, the EU should commit additional resources toward anti-corruption reform. The deeper and faster reforms are enacted, the more stable Ukraine will become—and the greater the likelihood that its embrace of Europe will become irreversible. While confronting corruption remains an ongoing challenge, Ukrainian reformers recently achieved their most significant anti-corruption victory since the Euromaidan: the government launched an e-declaration system requiring 50,000 top officials to comprehensively disclose their financial assets.

The EU should help reformers follow up on this success. Oleksandra Drik, the coordinator of a coalition of anticorruption NGOs called Declarations Under Control, notes that three months after declarations were filed, the National Agency for the Prevention of Corruption—the agency responsible for managing the e-declaration system—has not verified a single filing. The software needed to automatically verify declarations has not been created yet, and Drik believes an EU-funded project to develop this software would benefit reformers immensely.

The EU should also assist Ukraine in the creation of special anti-corruption courts, a key IMF requirement. The EU could provide funding to create this system, establish its infrastructure, and ensure that the courts’ judges receive competitive salaries. This would promote the judges’ independence and free them from the vagaries of government budgeting.

Third, the EU should consider funding a “mini-Marshall Plan” for Ukraine. As Anders Åslund points out, Russia’s war in the Donbas has cost Ukraine at least six billion dollars in foreign direct investment, starving the economy of the capital it needs to grow and innovate. To counter that deficit, the EU should use the European Investment Bank (EIB) and the European Bank for Reconstruction and Development to invest directly in Ukrainian firms and infrastructure. Many European countries also have export credit agencies that could guarantee their firms’ investments in Ukraine, which would encourage European companies to invest there.

One obvious region that would benefit from this strategy is the Donbas. Large parts of the region’s infrastructure lie in ruins, and capital is desperately needed to rebuild it. The Donbas oblast’s reformist first deputy governor Evgeniy Vilinsky remains committed to reconstructing his region in a transparent and corruption-free manner, making him an ideal partner for the EU. Other EU funds could meanwhile be targeted to small and medium enterprises. As a recent EIB study noted, seventy percent of employees in registered businesses work for small and medium-sized businesses, but access to financing is one of the sector’s biggest obstacles to growth. Helping them obtain this financing would therefore directly contribute to Ukraine’s economic growth.

Finally, the EU should prevent its firms from selling to Russia’s military-industrial complex. According to a 2016 report by journalist Yuri Lobunov, in 2015 German businesses supported Russia’s military by selling equipment to the manufacturer of engines for Moscow’s Sukhoi fighter jets, Russian missile technology companies, and the main producer of Russian air defense systems. Last year, meanwhile, a variety of European companies sold equipment to a Russian nuclear defense company, major missile enterprises, and a producer of nose cowlings for military aircraft. The EU could support Ukraine’s forces in the Donbas simply by cracking down on these sales.

It is in the EU’s own interest to enhance its support for Ukraine. Does Brussels have the will to do so?