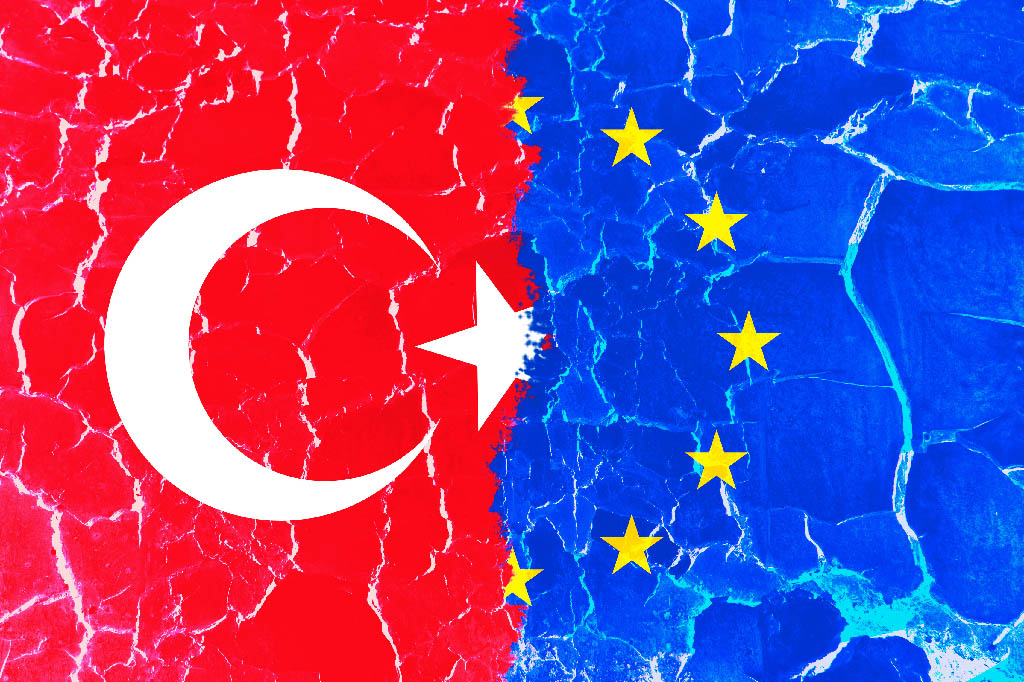 The article was first published by the European Parliament News.

More than 10 years after EU-Turkey accession talks started, MEPs adopted a resolution on 24 November calling for the negotiations to be suspended until the Turkish government ended its disproportionate and repressive response to July’s failed coup. Ankara replied by threatening to let thousands of migrants pass through to Europe. Greek EPP member Manolis Kefalogiannis, head of Parliament’s delegation to Turkey, commented: “We are entering a new phase in EU-Turkey relations”.

However, Kefalogiannis, president of the delegation to the EU-Turkey joint parliamentary committee, added: “The EU remains Turkey’s most important and reliable partner.”

Why MEPs are calling for a freeze on accession talks

Since the failed military coup in July 2016, tens of thousands of people, including military personnel, public servants, teachers and university deans, prosecutors, journalists and opposition politicians, have been fired, suspended, detained or arrested.

MEPs are concerned about the crackdown and the threat by Turkish president Recep Tayyip Erdogan to reintroduce the death penalty.

Kefalogiannis said: “Turkey must stop exhibiting a huge democratic deficit, particularly following the coup of 15 July 2016, and it should stop considering reintroducing the death penalty. Furthermore, Turkey must adopt the EU values and standards, respect the EU acquis and stop disputing international treaties, like the Treaty of Lausanne.”

A resolution adopted in plenary on 24 November calls for a temporary freeze on the EU accession negotiation until the “disproportioned repressive measures are lifted”. Dutch S&D member Kati Piri, the MEP responsible for following the accession talks, said: “I very much hope that this is a temporary thing but the key lies in the hands of the government in Turkey in order for these talks to be unfrozen.”

MEPs have previously stressed that the way Turkey is handling the aftermath of the coup is a crucial test for the country´s democracy, especially when it comes to respecting human rights and the rule of law. They have also passed a resolution urging the authorities to release the journalists and media workers being held without compelling evidence of criminal activity.

“We need to talk to each other rather than at each other”, said Parliament President Martin Schulz during an official visit to Turkey in September. However, only two months later a visit to Turkey by a delegation of MEPs was  postponed due to “disagreement with Turkish authorities on the format of the meetings”.

This happened the day after Turkish EU affairs minister Ömer Çelik was in the Parliament.  President Schulz had told him about “the objections by the EU concerning the proportionality of the response of the Turkish government in the wake of the coup”.

Turkey hosts the largest refugee population in the world – three million refugees – and is a transit country for Syrian, Afghan and Iraqi refugees trying to reach Europe.  On 18 March EU countries and Turkey agreed a plan to end irregular migration from Turkey to the EU, amid critics and concerns from NGOs and some political groups in the Parliament who raised concerns about its links with visa liberalisation and accession talks and how refugees would be treated and questioned whether it complied  with international law.

The agreement led to a significant reduction of the numbers of refugees arriving in Greece from Turkey. In 2015 885,000 people arrived in EU through this route. From January to September 2016 there were only 173,000.

Kefalogiannis said: “For the EU, Turkey’s implementation of the EU-Turkey agreement on the immigration and refugee crisis of March 2016 is crucial.”

However, following Parliament’s resolution calling for membership talks to be suspended. Erdogan is threatening to allow migrants to enter Europe once again. This is not the first time this has happened. In the summer Turkey demanded that the EU lifts visa restrictions for its citizens, which the EU refuses to to until all visa conditions are fully met.

On Wednesday 30 Nocember Ömer Çelik, the Turkish minister for EU affairs, is in Brussels to meet Dimitris Avramopoulos, the commissioner responsible for migration.