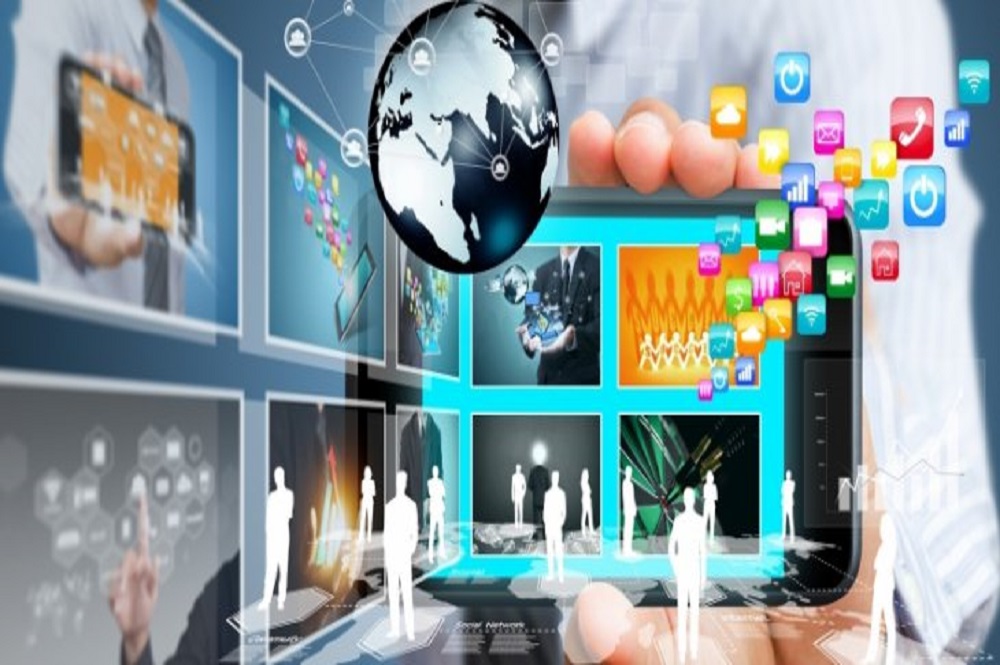 The article was originally published at Institute for Human Science. By UDI Associate Dmytro Khutkyy

During the dramatic regime change in Kyiv and hostilities in Crimea and Donbas in early 2014, Ukrainian people have enhanced their skills of mobilization for social action. Later they channeled their efforts towards institutional change, in particular, promoting e-participation. The Revolution of Dignity has triggered participation, openness of authorities, and support by international organizations, which accelerated the advance of digital democracy in Ukraine. At the same time, some political forces have tried to reverse the trend, sabotaging implementation of bills or offering bribes offline. Thus, the research of new dynamic electronic democracy empowering initiatives has both academic and a public value. Therefore, I focus on the following research questions. What forms of electronic democracy are introduced in Ukraine? Which can be counted successful? Which factors cause them to arise and sustain?

By electronic democracy, I mean democracy utilizing modern information technologies for its procedures. From my point of view, digital democracy is important due to several considerations. First, high-tech information technologies make possible democratic participation at large scale – on regional, national, and even supranational levels. Second, online format allows implementation at all key stages of governance: agenda-setting, expertise, deliberation, decision-making, elections of officials, implementation of the policies, monitoring and control.

Traditionally, democracy is viewed as based on the principles of transparency, accountability, and participation. Sometimes, the fourth pillar of civic education is added. Among these principles, this research focused on participation online – e-participation. Therefore, to be viewed, an instrument of e-democracy should contain a component of an impact of individual citizens or organizations on policy making.

To have a more profound impact on policies, democratic processes should be linked to governance. Therefore, all democratic initiatives operating outside public policies, are beyond the scope of this study. Only the ones directly influencing policy making are considered. The classic policy-making cycle includes agenda-setting, policy formulation, decision-making, implementation, monitoring and control (Hood 1998). Therefore, each e-democracy instrument under investigation will be related to the stages of policy-making it affects.

The study is based on a desk research. In particular, e-democracy online platforms were inspected to identify participation forms and obtain usage statistics. Additionally, self-reported usage statistics and impact statistics were collected from online reports.

In many communities, local authorities use no means of citizen engagement. There, the public policy agenda is formed exclusively by officials. Further, some authorities utilize rather formal approaches and conduct e-surveys with pre-set questions to create an image of public involvement at the stage of agenda-setting. But they seldom go further towards an open online deliberation, where members of the local public can influence the agenda. Yet, in some settlements local inhabitants proactively submit and sign e-petitions, drawing attention to local problems and offering solutions. E-petitions are widespread, but their impact depends on authorities. Finally, at the agenda-setting stage, activists turn to e-campaigning in social media, mostly Facebook.

Concerning policy formulation, e-consultations are an imitation rather than a genuine deliberation. Some local authorities invite loyal civil society organizations, which neither ask critical questions nor offer initiatives that would change the status quo. The informed public relies on the draft law on public consultations, containing provisions on e-consultations, which should oblige authorities to hold them before making strategic decisions. The elaboration and the advocacy of this draft law is government’s commitment inscribed in an ordinance within the frame of an international initiative Open Government Partnership (2017).

Decision-making is probably the most challenging to boost e-participation, mostly due to the unwillingness of authorities to share the decision-making power. For the most part, e-voting is realized for online participatory budgeting, where it is really empowering people. There were some pilot cases of e-elections, which demonstrated that they are possible, but it is difficult to advocate them. Currently they are practiced only for less powerful institutions like public councils.

The implementation stage is extremely scarce on e-participation. Largely this is due to the nature of implemented policies: local community projects are focused on ‘hardware’, such as parks or schools, so require offline activities, while ‘software’ activities rely on local government bureaucracy, which is not that digitized yet. In a few cases, online crowdsourcing of ideas or crowdfunding of projects is used.

In terms of monitoring and control, open data analytics combined with journalist e-investigations are hot topics. It is highly dependent on the available open data, which is growing in numbers, though slowly and is of questionable quality. Despite the unwillingness of many authorities to open up data, some public officials together with civil society organizations have taken leadership and introduced open registries and other open data sets. This created a sufficient data pool to establish an ecosystem of data providers, data analytics, and data journalists.

In 2014, Reanimation Package of Reforms and its allies have promoted a bill, which legitimized e-petitions, persuaded the President’s Administration to commit to collect and answer e-petitions. This brought a burst of e-petitions services, at the Parliament, the Cabinet of Ministers, and over 500 of local authorities (Khutkyy 2017a). Nevertheless, central authorities seldom solve the requests. Still, many local authorities are quite responsive and do use this instrument for collaborative policy making. In general, e-petitions frame the agenda for the public policy and thereby fulfill the functions of both direct and representative democracy; besides, authors of petitions become public opinion leaders and create active urban communities (Khutkyy 2017a).

With the aim to mobilize popular support for e-petitions and community projects, their authors and team leaders learnt how to launch and succeed in online campaigning. In particular, e-petitions gain wide support due to good visualization of information via infographics, interviews on traditional TV channels an online television, and posts in social media involving public opinion leaders (Khutkyy 2017a). As a result, thousands of e-petitions passed the threshold of 10,000 online signatures for a mandatory review by local authorities and tens of thousands reached the critical line of 25,000 e-signatures for the President of Ukraine.

It took several years to introduce participatory budgeting in Ukraine. First tested by several pilot cities, it proved to be an attractive format of citizen engagement and later disseminated over the country. In 2017, participatory budgeting realized in numerous local authorities relied on e-voting for projects (Loboyko et al 2017a). As it related to the distribution of public funds, it became quite notorious. The critical distinction between genuinely participatory and formally participatory formats lies in the participatory budgeting design. Where authorities keep the monopoly over decision making, they select and implement projects themselves. However, where civil society managed to advocate more democratic statutes, they established transparent e-voting for projects, judged by an elected independent public committee, and even implemented by citizen teams. Overall, despite criticism, it raises the quality of life of local people, establishes a dialogue between citizens and authorities, and creates an efficient format for collaboration towards local development (Khutkyy 2017b).

E-elections were held for civic councils of several ministries and government agencies (Electronic Democracy 2017). Yet, some politicians disliking such a transparent process, tried to sue them in court, cancel the results, and raise the costs of holding future e-elections. Besides, there is an ongoing debate about the advantages and disadvantages of e-elections in Ukraine’s current political setting. While proponents emphasize a higher transparency of elections, critics stress the risks of administrative abuse of voting data.

Over the last few years, the Parliament passed a set of laws, obliging public officials to open public data. Most impressive is the online public procurement system (ProZorro online system), which is conducted online for all public purchases over a preset limit. And although a detailed public spending (on E-data portal) is reported by about a half of government agencies, it is a considerable growth compared with zero agencies before the enactment of the law. Using the available open data, a number of initiatives from the civil society side introduced the analysis of: public procurement (DoZorro module of ProZorro online procurement system), public spending (007 tool for E-data project), and e-asset declarations of officials (Declarations projects using the open online database of e-declarations). Yet, these monitoring and controlling activities do not seem to contribute much to the accountability of the authorities.

The United Nations E-government Survey (2016) ranked Ukraine higher than the average of Eastern European states. Evidently, it is not because of infrastructure, which is not very high. Yet, it is sufficient enough to start reforms.

First of all, in 2014 a legislative foundation for the advance of e-democracy was established (Tomkova Konashevych 2016). In the subsequent years, these institutional opportunities were converted into a number of nation-wide e-participation initiatives (Tomkova Khutkyy 2017). Later e-democracy instruments were adopted by local authorities (Loboyko et al 2017b). Overall, it was a period of time when the openness of authorities coincided with the civic push for reforms, supported by international organizations and donor community.

As a result, since 2014 (in 2 years) Ukraine has improved its global ranking in the E-participation Index by 45 positions (from 77th to 32nd). Largely this can be credited to the introduction of e-appeals and e-petitions, both legislatively and executively. Yet, this is only the most evident e-participation instrument. The ongoing rise of participatory budgeting and the upcoming legislative introduction of mandatory e-consultations is supposed to improve Ukraine’s ranking even more.

At first, the advance in the field was largely unaligned. The research conducted at the end of 2015 clearly demonstrated that stakeholders from both authorities and civil society admitted the lack of coordination (Tomkova et al 2016). Then, over time, self-organization of proactive and influential leaders from all sectors helped to focus the plethora of individual efforts. In 2016, within the framework of the Open Government Partnership initiative, a multistakeholder community including the Ukrainian government adopted Ukraine’s National Action Plan for 2016-2018 (Open Government Partnership 2017). It included the commitment to elaborate the Concept Paper and the Action Plan for the Development of Electronic Democracy. And indeed, it was elaborated by a multistakeholder Coalition (The Coalition 2017) and adopted by the Cabinet of Ministers in 2017 (The Verkhovna Rada 2017). It is indicative that the very inclusive and participatory model of policy making by a multistakeholder coalition was assessed as an e-democratic best practice by a recent international comparative study (Reinsalu et al 2017).

Ukraine had a unique set of conditions, fostering offline social movements followed by institutionalized online participation. Thereby, e-democracy initiatives were genuinely grassroots, only later supported by international donors and authorities. In terms of legislature and implementation, a number of institutions were created. Further, they became widely used by the people. The success of each instrument in each particular setting depends on the strength of civil society and the openness of authorities. In some settlements, e-participation transformed the political landscape making citizens co-creators of public policies, while in others, authorities prevented it from impacting governance. Yet, each case in each setting is an evolving experiment, so the overall outcome is still in the making.

IWM Junior Visiting Fellows’ Conferences, Vol. XXXVI
© 2019 by the author
Readers may redistribute this article to other individuals for noncommercial use, provided that the text and this note remain intact. This article may not be reprinted or redistributed for commercial use without prior written permission from the author. If you have any questions about permissions, please contact the IWM.
Preferred citation: Khutkyy, Dmytro. 2019. Electronic Democracy Boom in Ukraine. In: Political Order in Changing Societies, ed. K. Thomas, Vienna: IWM Junior Visiting Fellows’ Conferences, Vol. 36.