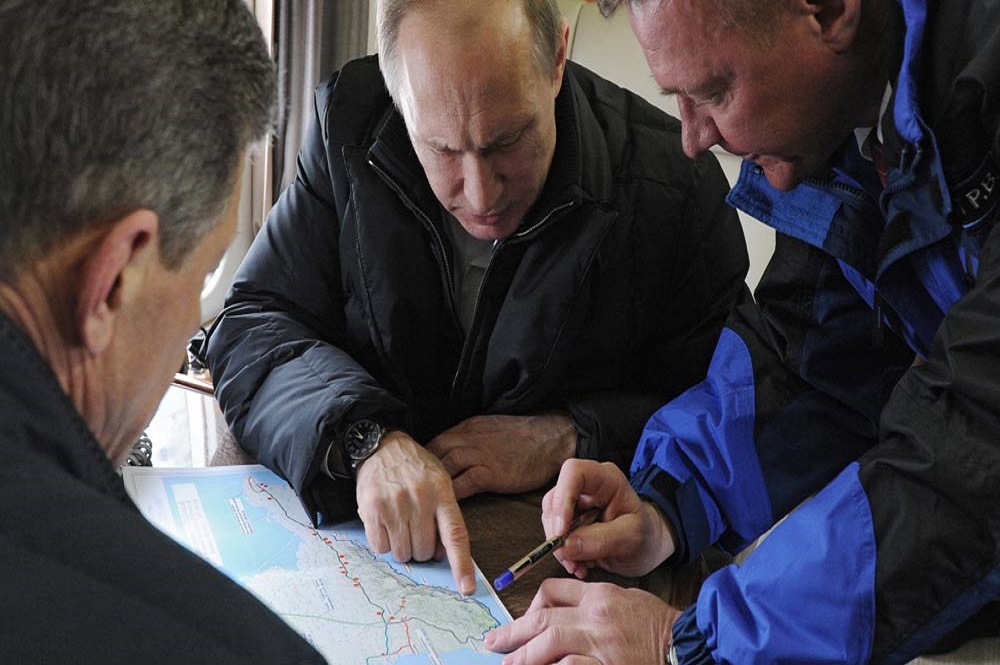 The article was originally published at the Carnegie Europe. By Andreas Umland, Senior Research Fellow at the Institute for Euro-Atlantic Cooperation in Kyiv.

Geopolitical myopia among the elites of NATO’s new member states is helping to preserve an unstable “gray zone” in post-Soviet Europe.

During the last 15 years, a geopolitical “gray zone” has emerged between NATO and the EU on the one side, and Moscow’s Collective Security Treaty Organization (CSTO) and the Eurasian Economic Union, on the other.

While the Kremlin meddles in many fields across the world, Putin’s growing appetite for confrontation is above all focused on Eastern Europe and the Southern Caucasus. Russia is instilling anxiety, fear, and instability across the entire region reaching from Scandinavia to Asia Minor.

Yet, for some reason, countries that are targets of the Kremlin’s meddling are only selectively coordinating against Moscow’s use of soft and hard power—or are not responding at all. This is because the nations being attacked by Russia (with increasing military and non-military means) are divided: on the one hand by their inclusion in NATO, and on the other by their exclusion from the alliance and the EU.

Most of the Kremlin’s target countries, the Baltic States in particular, were lucky enough to have become members of the EU and NATO since 2004.

Yet the lack of international embeddedness and the partial failure of the remaining states in what has become the new Zwischeneuropa (in-between Europe)—that is, Moldova, Ukraine, Georgia, and (to some degree) Azerbaijan—is not only a problem for these nations themselves. It also constitutes a serious security threat, and causes political, economic, and social challenges for the new EU and NATO members.

In the worst case scenario, the collapse of the “gray zone” countries could have far-reaching implications and repercussions for the eastern member states of the Euro-Atlantic alliance. Given Russia’s increasing political unpredictability and overwhelming military might, potentially devastating developments in the geopolitical nowhere land between NATO and the CSTO cannot be excluded.

For example, further escalation around Crimea could come to haunt the entire region. Moscow is currently building a bridge from Russia to the Crimean Peninsula, across the Kerch Strait between the Azov and Black Sea. Given the importance of Crimea’s annexation for Putin’s domestic legitimacy and approval ratings, any failure to complete the Kerch Strait bridge—or should the project not work out as envisaged—may provoke the Kremlin to build a direct road to Crimea. This would mean a land connection between Russia and the peninsula.

Kyiv would almost certainly reject any request from Moscow for a transportation corridor connecting the Russian Federation to the Crimean Peninsula, via southern Ukrainian territory. This, in turn, could provoke the Kremlin to take by force the necessary Ukrainian lands needed to build a road and railway connection to Crimea. If this were to happen, it would mean nothing less than the outbreak of a high-intensity war between Russia and Ukraine along the shores of the Azov Sea.

Ukraine is not prepared for such a confrontation with one of the world’s most heavily armed military powers, and could not do it alone. The consequences of such a war would be disastrous for Ukrainians and their state. It would also pose enormous risks and challenges for Ukraine’s neighboring countries, especially NATO and EU members Poland, Slovakia, Hungary, and Romania.

A sizeable proportion of Ukraine’s 40 million citizens could potentially become refugees. Many could decide to swiftly move westward, should the already battered Ukrainian state be struck by a full-scale war, become dysfunctional, or even implode.

Also, Ukraine has four nuclear power plants—one of which is located in Zaporizhzhia, a region less than 300 kilometers away from the current low-intensity war zone in the Donbas region.

These threats are presumably no secret to the Polish, Slovak, Hungarian, and Romanian political and intellectual elites. Yet, these four countries have been surprisingly inactive in addressing them.

The reason for this intellectual and political failure among Eastern European elites is “strategic provincialism” (until recently, also a pathology of German political thinking).

Strategic provincialism implies that Eastern European elites see their country’s capital as being a recipient, rather than the center, of seminal foreign affairs thinking within the Western community of states.

When looking for geopolitical guidance, most Eastern European intellectuals, politicians, and diplomats turn to Washington, Brussels, London, Paris, or Berlin. Whatever foreign policy concepts and proposals come out of these cities and other Western capitals will also be discussed in Warsaw, Bratislava, Budapest, and Bucharest. Whatever themes are not prominently debated in the West will have problems gaining traction in Eastern Europe.

For obvious geographic reasons, the stability, security, and survival of the Eastern European and Southern Caucasian “gray zone” countries are not treated as existential threats within international relations debates in the United States, Britain, or France.

Poland, Slovakia, Hungary, and Romania are located in Eastern and Central Europe and are immediate neighbors of Ukraine. Yet, because of the lack of understanding and empathy for “gray zone” countries further west in Europe, the repercussions of their potential destabilization are not treated as a top priority in Warsaw, Bratislava, Budapest, and Bucharest.

In spite of its enormous implications for the entire eastern European region, Ukraine’s fate is treated as only one issue among several other foreign policy challenges, and sometimes is even commented on with condescension in Eastern and Central Europe. Geographical escapism, strategic myopia, and national exaltation suppress geopolitical rationalism, strategic foresight, and international calculation.

The reality is that neither NATO nor the EU are going to enlarge further to the east any time soon. They are also not going to provide security assurances beyond their borders, within some “NATO plus” program or the current EU association process. For the time being, the United States is also unlikely to extend its major non-NATO ally scheme to the insecure “gray zone” of Eastern Europe and the Southern Caucasus.

Eastern and Central European politicians, diplomats, and analysts have to get real about the security implications of their states’ geographic location. They need to coordinate far more intensely on their policies toward and with their eastern neighbors (perhaps, with support from other interested EU countries). Doing everything to make the current post-Soviet “gray zone” less gray is in the core national interest of NATO’s new eastern member states.