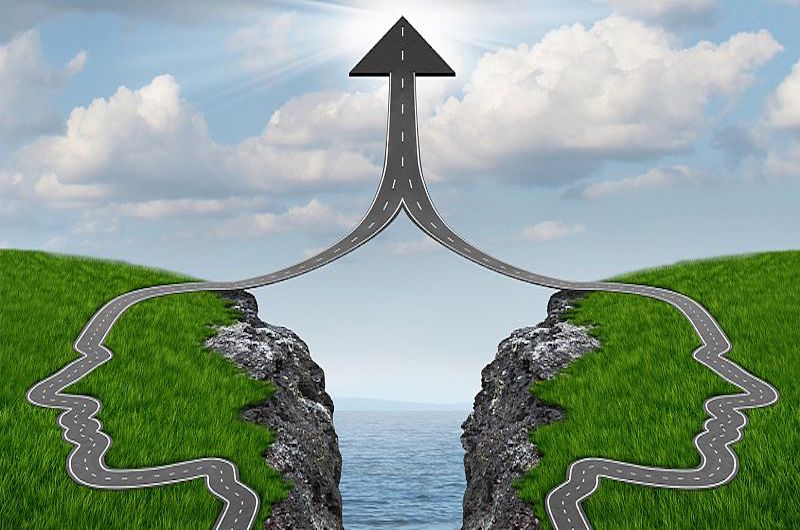 Taras Kuzio, a Senior Fellow at the Canadian Institute of Ukrainian Studies University of Alberta, analyses how oligarchy affects the reforms and Ukraine’s integration in the European Union. He provides a unique examination of the hands-on policy options to achieve de-oligarchization. First published in VoxUkraine.

De-oligarchization, together with corruption and the rule of law, are 3 areas that are central to the success of the reforms and European integration after the Euromaidan revolution. At the same time, while Western governments, academic experts, and journalists frequently advise Ukraine to ‘deal with its oligarchs’ they rarely provide clear-cut policy advice to Ukraine’s political leaders and government how to go about this.

De-oligarchization is central to the success of the reforms and European integration that followed the Euromaidan revolution. If the relationship between big business and politics will remain largely untouched the hopes of those who backed the Euromaidan will be disillusioned in the same manner as the Orange Revolution and President Viktor Yushchenko.

President Petro Poroshenko’s ratings are declining and his political force, the Petro Poroshenko bloc,  is now in fifth place in terms of popularity and only 2% support fully his actions, with another 15% saying they back him partially. The appointment of Volodymyr Hroysman as Ukraine’s new Prime Minister makes Poroshenko accountable for the government as well as the presidency which will lead to a further decline in his popularity.

Growing public disaffection at home is matched by Ukraine fatigue abroad in a scenario similar to the period 2007-2009 after the Orange Revolution. The Economist (16 April, 2016) wrote: ‘The “Revolution of Dignity” that overthrew the corrupt, authoritarian government of President Viktor Yanukovych two years ago brought no revolutionary change. Corruption is still rampant. Key reforms are incomplete. The separation of powers between the president and prime minister remains vague. The oligarchs are still entrenched and the old political faces are having a makeover. The government is paralyzed. Foreign aid is frozen. And the shenanigans around the formation of the new government seem painfully familiar’.

It is too early to tell if Ukraine is entering a 4-stage second cycle of democratic revolution, disillusionment, stagnation and counter-revolution, as in 2005-2010. Ukraine fatigue is dangerous at a time when Russia continues its undeclared war in the Donbas, and Ukraine is reliant on Western financial assistance, while Western, particularly the US, diplomatic and security support is important in dealing with Russia.

Whether the Euromaidan will become a successful facilitator of revolutionary transformation and European integration, or follow the Orange Revolution and fail, will be dependent on reforms in 3 key areas: corruption, the rule of law and oligarchs. This article focuses on oligarchs in Ukraine, who are major business leaders running diversified business empires with major avenues of media influence and close connections to the president and political forces in the parliament.

Why Oligarchs Are Bad News

Ukraine’s oligarchs, therefore, are influential in three key areas of the economy, media and politics. They impart a negative influence in four ways.

Firstly, the economy is unable to fulfil its growth potential and the size of Ukraine’s small and medium business sector will remain small. This sector accounts for less than 20% in Ukraine’s economy compared to 40-50% in central-eastern Europe where it played an important role in transforming the communist economies. The small-medium business sector is a central component of a country’s middle class and therefore of a liberal democracy and European integration.

Secondly, oligarchic monopolization precludes a level playing field and the rule of law, thus, foreign investment will remain low.  Over a quarter of a century of independence, Ukraine has not been attractive to foreign investors and the only period of time that they came in relatively large numbers was in 2005-2007 during a consumer boom and bank acquisitions. Foreign investors are discouraged from entering Ukraine because of the weak rule of law and fear of corporate raiding. Ukraine’s biggest corporate raider is pro-Western and anti-Russian oligarch Ihor Kolomoyskyy showing how oligarchs cannot be divided neatly into ‘good pro-Western’ and ‘bad pro-Russian’ groups.

Thirdly, Ukraine’s oligarchs entrench Ukraine in what European Bank for Reconstruction and Development (EBRD) Political Counsellor Joel S. Hellman defined in a celebrated 1998 article in World Politics as ‘partial reform equilibrium.’ Hellman argued that short-term winners in transition economies gain considerable rents from distortions in partially reformed economies which creates considerable costs to the state and society. Short-term winners need to be restrained and integrated into the process for economic reforms to be instituted.

Fourthly, the monopoly of economic and financial power provides oligarchs with control over law enforcement and the political system. The absence of real political parties in Ukraine, as opposed to leader’s fan clubs and oligarch-financed electoral projects, opens up a vacuum where oligarchs corrupt the political process.

But There is No Agreement What to Do with Them

While there is relative common agreement about the negative influence of oligarchs on Ukraine there is no consensus and much hypocrisy over what to do with them. Three policies have been raised with the first two criticized by Western experts.

The first policy was a call for Ukraine’s oligarchs to be imprisoned as seen in the Orange Revolution slogan ‘Bandits to Jail!’  But, when Russian oligarch Mikhail Khodorokovsky was imprisoned by President Vladimir Putin it was criticized as a case of selective use of justice.

Oligarchs and their political backers in the Party of Regions and similar political forces in Ukraine have routinely responded to threats of criminal charges in Ukraine with ‘political repression!’

But it is not only inside Ukraine that a policy of ‘Bandits to Jail!’ has been criticized and such a policy came under severe condemnation in the West. After the Orange Revolution, Petersen Institute of International (PIIE) Senior Fellow Economics Anders Aslund, Project on Transitional Democracies (POTD) President Bruce Jackson and President and Executive Director of Freedom House Adrian Karatnycky were highly critical of threats to imprison oligarchs and instead they actually supported grand coalitions between the biggest oligarch group in Ukraine, the Party of Regions, and Yushchenko’s Our Ukraine. In 2010, Arseniy Yatsenyuk offered to create a new grand coalition if he was appointed Prime Minister. After Yanukovych’s election in 2010, Karatnycky wrote a large number of opinion commentaries in Western publications describing his presidency and policies in glowing terms.

Yanukovych fled from Ukraine to Russia during the Euromaidan and is wanted by Interpol for mass corruption and murder. Aslund and Karatnycky are now affiliated with the Atlantic Council of the US which is the most active body working in support of Ukraine in Washington DC.

A second policy proposed was to renationalize oligarch economic assets and open them up for re-privatization. In 2005, Prime Minister Tymoshenko sought to nationalize a large number of oligarch assets that were privatized during Leonid Kuchma’s preceding presidency. The large steel manufacturer Kryvorizhstal was re-nationalized and re-sold to a foreign company for 6 times the price oligarchs Rinat Akhmetov and Viktor Pinchuk paid in 2004.

Nevertheless, Tymoshenko’s re-nationalization plans were condemned as ‘populism’ by investment bankers and many Western experts on Ukraine, and shelved after Tymoshenko was replaced as a prime minister in September 2005. Her two replacements, Yuriy Yekhanurov and Yanukovych, were oligarch-friendly prime ministers who ditched the first (imprisonment) and second (renationalization) policies.

A third policy proposal, recently elaborated in greater detail by Tim Ash and Martin Nunn and called the ‘Maydan Truth and Reconciliation Financial Programme (MTRFP)’, calls for a different approach. They call for a one-off ‘Windfall tax’ where ‘All those with net assets of greater than USD1 million, would be expected fully declare their assets and automatically agree to pay a one-off windfall tax of 10% on assets. Under this option, no admission of guilt for past financial malpractice, corrupt practice or tax avoidance is assumed/accepted. It is the responsibility of the individual to accurately declare net wealth ‐ inaccurate declarations greater than 15% face a punitive fine of 20% of the total net wealth (in addition to the 10%), and potential criminal action. Wealth can be audited by international accountancy firms.’

A new relationship between politicians with big business could emerge that would draw a line on the past. The Windfall Tax could be deposited in both Ukraine’s National Bank reserves and in a new National Security Fund (NSF) that could be used to purchase weapons that it could not domestically produce and for training a new army in line with NATO standards.

Whether this is feasible and workable is an open question. To draw a line on the past would require a vastly improved rule of law environment to ensure equality before the law and the ability to impose criminal sanctions if oligarchs continue to flout the law. A Windfall Tax would also require oligarchs to agree to such a proposal and pay the funds and, importantly, to trust those impending such a policy in a country where public trust in state institutions and political leaders is very low. Public trust in the president, parliament and prime minister are near the level of zero.

A final difficulty, which is rarely discussed, is oligarch monopolization of the media and in particular television which is the main source of news for Ukrainian citizens. Oligarch ‘management’ of the news can both skew the information that citizens receive from their governments about reforms and strongly influence voting patterns during elections. Can de-oligarchization through either of the 3 policies discussed above be considered to be successful if Ukraine’s main 2 television channels 1+1 owned by Kolomoyskyy, Inter-owned by Dmytro Firtash and former Yanukovych Chief of Staff Serhiy Lyovochkin and STB, Novyy Kanal and ICTV owned by Viktor Pinchuk remains in their hands. Or should they be re-privatized and opened up to foreign investors.

De-oligarchization, together with corruption and the rule of law, are 3 areas that are central to the success of the reforms and European integration after the Euromaidan revolution. At the same time, while Western governments, academic experts and journalists frequently advise Ukraine to ‘deal with its oligarchs’  they rarely provide clear-cut policy advice to Ukraine’s political leaders and government how to go about this.