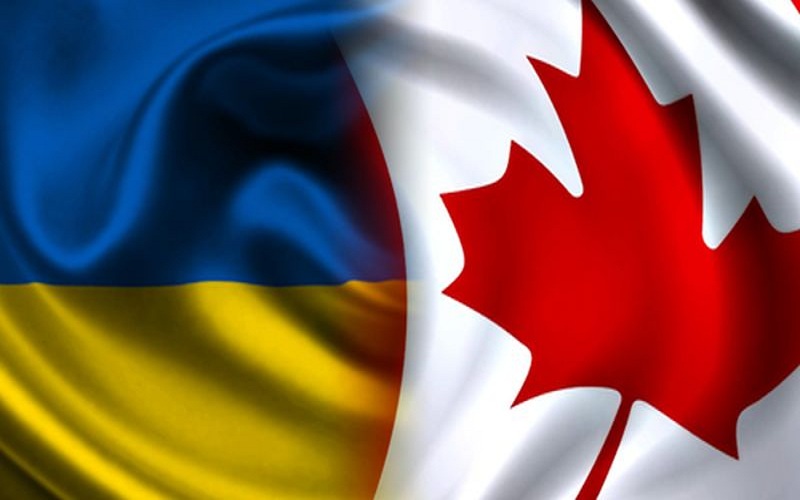 Despite being separated by 7000km of land and sea, the historical and social ties between Ukraine and Canada should not be underestimated. The recent signing of the Canada Ukraine Free Trade Agreement (CUFTA) marks the beginning of a new chapter in these traditionally warm bilateral relations. Is the optimism generated by the free trade deal justified? The jury is still out on the potential impact of the CUFTA on the Ukrainian economy, but there is reason to believe it represents an important opportunity for Ukrainian exporters if fully exploited.

In contrast to the general mood of self-congratulatory backslapping in the diplomatic arena, some economic analysts have accused Ukraine of overstating the importance of the CUFTA. It is certainly true that the two signatory countries are something of a mismatch. Even at the current low levels of bilateral trade, the difference in volumes flowing in each direction is striking. Last year, Canada exported just over USD 200 million in goods and services to Ukraine – mostly chemical production, processed minerals and both heavy and light machinery. Ukrainian exports over the same period hovered at around USD 30 million, predominantly commodities and metal products. Within the context of Canada’s estimated annual USD 420 billion spend on foreign imports, this is barely a drop in the proverbial ocean. However, it does leave considerable room for growth. In other words, the only way is up – and the CUFTA creates a platform for potentially rapid expansion in trade.

The CUFTA sets out a number of clear and precise terms designed to improve the current imbalance in bilateral trade, but certain barriers will remain. Ukrainian industrial goods will now be subject to zero quotas, but a number of agricultural exports including basics like dairy products and grain crops will continue to be subject to restrictions based on strict intra-Canadian domestic regulations. Canadian exporters will enjoy zero quotas on textiles, steel and iron products, machinery and electrical equipment. There will also be a step-by–step cancellation of duties and quotas on heavy machinery and aerospace goods (three-year transitional period), radio and electric goods (five-year transitional period), and automobiles and agricultural vehicles (seven-year transitional period). Other eye-catching elements of the CUFTA include the simplification of e-commerce – an era where Ukraine has huge growth potential and a strong competitive edge given the country’s highly skilled workforce and low labour costs.

The presence of numerous exemptions in key areas such as agricultural exports has inevitably sparked a debate over which side has secured the more advantageous terms, with some in Kyiv arguing that Ukraine has provided considerable strategic access in return for relatively limited benefits. This nitpicking is understandable but it fails to take the wider picture into account. As soon as the CUFTA enters into force in early autumn, Canada will immediately open up around 98% of its domestic market to Ukrainian exporters. Coupled with the cancellation of around 99% of import duties by the Canadian side, this is a more than generous offer.

At the same time, the Canadian exemptions are both prudent and consistent. Numerous key food categories including dairy products, eggs and poultry are fully exempted from the Canadian side of the agreement as they are regulated by domestic Canadian rules and not subject to supranational review. This is not an issue of particular discrimination against Ukrainian producers – the recently concluded free trade agreement between Canada and the European Union also contains the same restrictions.

Much has been made about the potential for the CUFTA to serve as a platform for Ukrainian exports to enter the wider NAFTA market. This is indeed an attractive proposition, but it is also worth noting that NAFTA regulations regarding labour law and ecological policy involve strict dispute resolution and financial sanctions. It is not clear if Ukrainian producers will be able to meet these standards, raising the issue of whether it might have been wiser to insist on gentler regulations along the lines of the principles underpinning Ukraine’s EU Association Agreement.

It is also worth noticing that on 18 May 2016, Ukraine officially completed the country’s long-term quest to join the WTO’s Agreement on Government Procurement (GPA). As Canada is also a party to the GPA and one of the key principles of the agreement is free access to the markets of fellow participants, Ukrainian enterprises can now freely participate in Canadian public procurements and vice versa. This could prove attractive to both countries – especially given the increased public procurement transparency in Ukraine thanks to the implementation of the ProZorro electronic procurement system.

The consequences of these moves to liberalise bilateral trade are already being felt. Canada’s Esterline CMC Electronics has concluded a contract with Ukrainian aerospace giant Antonov to supply avionics. Meanwhile, leading Canadian manufacturers Bombardier Transportation and Pratt & Whitney Canada have signed memorandums on cooperation with Ukrainian Railways (Ukrzaliznytsya) and Antonov respectively. Bombardier will develop plans with Ukrainian partners to produce electric locomotives, while Pratt & Whitney aim to supply engines for Antonov’s An-132 planes. These steps represent the initial impact of the improved legislative base for bilateral cooperation provided by the CUFTA. They are the first fruits of a new chapter in economic relations – Ukrainian exporters must now examine the opportunities for further growth and Canadian market entry.