The article was originally published at BBC News. By Emma Saunders.

Epic historical romance, Bitter Harvest, is not an easy watch.

The film is set against the real-life backdrop of the Holodomor – when millions of Ukrainians were starved to death in the early 1930s as Soviet leader Joseph Stalin stripped them of their produce to force farmers into collectivisation.

Bitter Harvest follows two lovers, artist Yuri (Max Irons) and his childhood sweetheart Natalka (Samantha Barks), who are separated in the struggle against Soviet oppression before Yuri attempts a dangerous journey back home.

We asked the film’s stars what they took away from the experience. 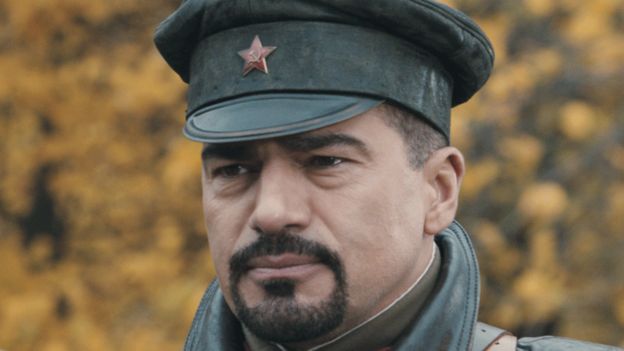 Tamer: “I’m probably one of the 95% of the world not knowing about the Holodomor – which translated means ‘death by starvation'”.

Samantha: “The fact the Holodomor wasn’t something I knew about – the reason I didn’t know about this and so many people don’t is because it was kept under wraps until 1991 (when the Soviet Union collapsed). It’s completely shocking.”

Max: “Stalin’s closing of the Ukrainian border was so effective, nobody knew.”

Tamer, best known for playing villains such as the head of Millwall’s hooligan firm in The Football Factory, had his work cut out playing Stalin’s Russian enforcer Sergei.

Tamer: “Every movie needs a villain and he’s definitely the worst I’ve ever played.

“You want to know why he’s doing what he’s doing, none of us are born evil. He witnessed his mother being murdered in a church. There’s a little bit (in me) that wanted the audience to feel sorry for him or love him, even for a millisecond.” 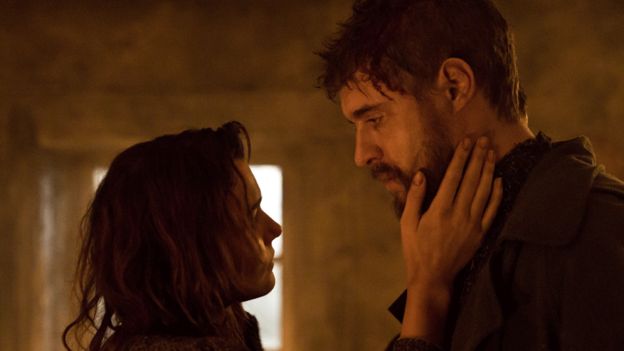 Tamer: “It’s still happening today, history repeating itself. Hollywood doesn’t make films like this anymore, the movie industry is no different to real estate. But for Ian Ihnatowycz, the lead producer, and director George Mandeluk, who are Ukrainians whose families suffered in the Holodomor, they’re very passionate about putting this story out. It’s a gift to their people.

“We were very lucky to be able to film in Ukraine at the historical sites where it all happened. We had an amazing Ukrainian cast and crew. You feel it when you’re there. There was a lot of goodwill behind the movie.”

Note to self – never stand behind a horse.

Tamer: “We were using circus horses, not stunt horses, they were working these horses to the bone.

“I don’t blame the horse, we became friends! But I walked behind the horse. It stamped on my foot and kicked back and severed my cartilage. The X-ray was a horseshoe print on my foot!

“I went to the hospital, the consultant said: ‘We’ll have to put it in plaster, operate and you’ll have to have six weeks off. I said: ‘I’m an actor, we don’t have those luxuries!’ So I went back to set, put my boot on and within two or three hours my foot would swell out, I was in excruciating pain and trying to act at the same time. They had to cut me out of the boot. So anyone who wants to be an actor, don’t, it’s not that glamorous and it’s painful!”

It’s all about the love.

Max: “What drew me to it was the love story – two people struggling with their reality. People are suspicious of love stories in films if they appear manufactured but this one is beautiful. When we hear testimony from the people who survived, love is the driving force in their quest for survival. That’s what you see with Yuri and Natalka. Love that pushed them to endure that cold a little bit more, to walk that little bit further.”

Feeling the weight of responsibility.

Samantha: “You want to be as truthful and honour that story as much of you can but obviously that’s a pressure because it’s a huge, huge part of history that’s been kept under wraps for so long.”

Max: “Ukraine’s relationship with Russia is difficult, safe to say for hundreds of years there’s been a very determined effort to dilute Ukrainian national identity and we see that again today. The more voices the Ukraine can have the better.”

And finally – Max, what’s it like having Jeremy Irons and Sinead Cusack as your mum and dad?

Max: “We don’t talk about acting that much thank God because that would be horrible! They didn’t try to put me off, the advice they gave me most was there will be good days and there will be bad days. That’s an actor’s life and prepare yourself emotionally, financially, spiritually for that. But then when they saw I was serious about it, they let me get on with it.”