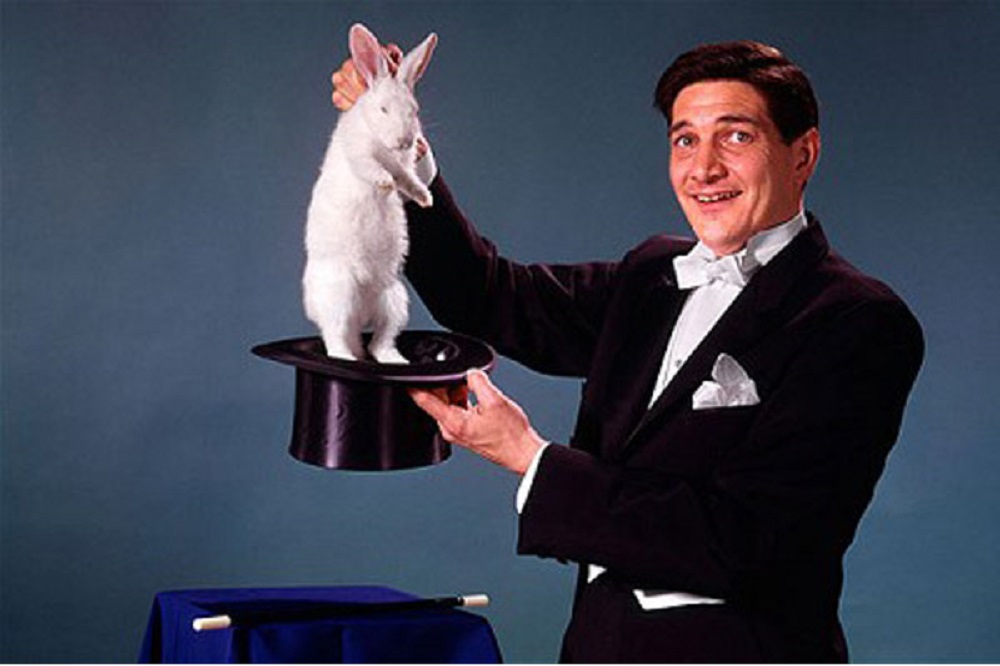 You don’t believe in magic, do you? Magicians employ a variety of tricks to deceive audiences into thinking that something has happened that can’t. They are masters of illusion. Adults know that they’re being fooled when the rabbit seems to materialize out of an empty hat.

Magic is harmless fun, but the government is not. It squanders vast amounts of money while simultaneously whittling away at people’s freedom. Instead of solving problems, it makes them worse, often creating brand new problems. Why don’t more of us rebel or at least denounce the State? In his latest book, political scientist and Freeman contributing editor James Payne explains why not: Most Americans have fallen for six political illusions. Although opinion polls show that a large majority of the population is fed up with the government, most think we must continue to rely on it for a wide array of “services.” They just want better politicians in charge. Those people aren’t stupid; they’re under the spell of the following illusions:

• The Philanthropic Illusion: the idea that government has money of its own.

• The Voluntary Illusion: the impulse to want to believe that government action is not based on force.

• The Illusion of the Frictionless State: the idea that the State can transfer resources with negligible overhead cost.

• The Watchful Eye Illusion: the idea that the government has greater knowledge and wisdom than the public.

• The Illusion of Government Preeminence: the belief that the government is the only problem-solving institution in society.

In short, Payne admonishes people to start examining government as it really is, not the way children see magic. The book’s cover, a reproduction of an 1842 painting by Thomas Cole, gives a visual analogy to its thesis. In the painting a lad in a boat on a river is entranced by an apparition in the sky—a gleaming temple. Unfortunately, he is oblivious to the reality that his boat will soon go over a waterfall unless he gives up on the apparition and grasps the truth confronting him. That’s an excellent depiction of modern America.

Payne does a superb job of explaining and illustrating each of his illusions. I will focus my comments on the last two of them, as they are particularly critical at this juncture.

In the wake of the financial meltdown following the collapse of the housing bubble, politicians have been trying to capitalize on Payne’s “watchful eye” illusion by telling voters that the debacle was all due to inadequate powers of supervision by the government. What we needed, they cry, was more federal oversight to prevent short-sighted and greedy decisions. Give us more regulatory authority and nothing like that will ever happen again!

Payne shows that there were in fact regulators whose job was to blow the whistle on excessive risk-taking by the federal housing giants, Fannie Mae and Freddie Mac, but politicians paid no heed to their warnings. Payne then takes the analysis a step deeper, arguing that people should never put faith in government officials to foresee danger and protect them. That is because government officials don’t suffer the losses when they’re wrong. Instead of expecting a watchful eye from the government, it’s far more intelligent to rely on individuals and private institutions to detect and avoid undue risks because they will suffer adverse consequences if they are wrong.

Payne’s sixth illusion encompasses the others. It is the erroneous view that we must look first (and perhaps exclusively) to government for the solutions to problems. Politicians encourage that illusion since they want citizens to regard themselves as impotent while the State possesses almost limitless capabilities. When a social problem arises, politicians almost never say, “The government should do nothing about that; it’s a problem that should be dealt with by the voluntary sector.” Saying that would be almost suicidal in a nation caught in the grip of the illusion of government preeminence. Instead, politicians seldom miss an opportunity to show their great “concern” by introducing new legislation they claim will take care of everything, from the harm supposedly done by incandescent light bulbs to the drug trade.

Wise individuals, Payne contends, will look at the merits of the voluntary sector rather than leaping on the bandwagon for government activism. Currently, for example, many people are concerned about the possibility of catastrophic climate change and automatically assume that the only way of responding is to give government officials tremendous new regulatory powers. Anyone who reads Payne will contemplate both the possibility that voluntary responses might work better and that government will botch the job.

George C. Leef  is the former book review editor of The Freeman. He is director of research at the John W. Pope Center for Higher Education Policy.