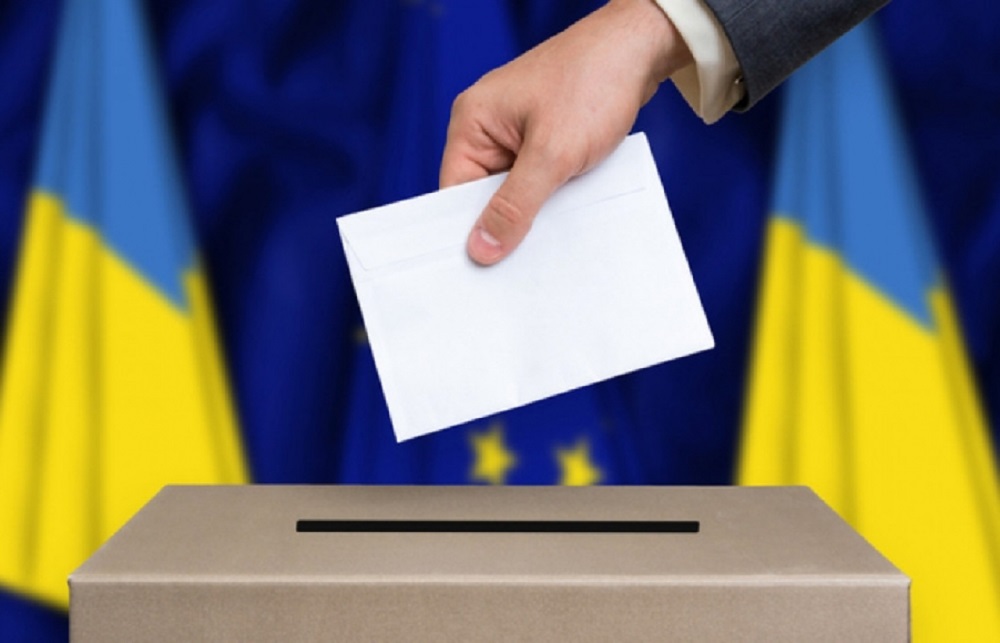 2019 Ukrainian presidential elections can become life-changing for the country. While many are trying to speculate on possible winners, our UDI Content Manager Alina Nychyk had a chance to get first-hand experience of communication with advisers to leading candidates. Below is the report from the event.

The article was first published at Ukraine Liaison office in Brussels. On the 25th of February 2019, the Ukrainian Think Tanks Liaison Office in Brussels organised its fourth Brussels UkraineLab in the European Economic and Social Committee (EESC), which represents civil society in the system of EU institutions. The event was organised with the support of the Mission of Ukraine to the EU, Mission of Canada to the EU, US Mission to the EU, as well as the European Endowment for Democracy, the International Renaissance Foundation, and Civic Synergy Project, supported by the EU.

The Civil Society Fair launched the event with over 20 of the leading Ukrainian Think Tanks and NGOs presenting their projects to officials, NGOs representatives and media from the EU and Ukraine.

Main tasks for Ukraine, the EU and the international community in 2019

Dilyana Slavova, President of the REX Section at the EESC, opened the first of the panels, during which representatives from the EU, the Ukrainian and US governments outlined the main tasks for 2019 – an electoral year, whose importance for Ukraine and the EU was also underlined by Slavova.

“The EU policy to UA cannot be ambiguous, we need to encourage the successful and sustainable implementation of the Association Agreement and the DCFTA”. Olena Carbou, Executive Director of the Ukrainian Think Tanks Liaison Office in Brussels, who moderated the first panel, welcomed participants and highlighted the contribution of the Brussels UkraineLab to bring together those involved in advancing a European Ukraine.

“Both Ukraine and the EU have entered a difficult electoral year, facing the same threats of disinformation, populism and Russian interference”. H.E. Ivanna Klympush-Tsintsadze, Deputy Prime Minister of Ukraine for European and Euro-Atlantic Integration, commemorated the five years since the Revolution of Dignity, reminding the participants that Ukraine is still fighting to preserve its statehood and to leave the Soviet and imperial heritage behind. She called for a stronger response from the European and Euro-Atlantic community to Russian aggression and stressed that for Ukraine the European perspective is a clear goal. The Verkhovna Rada recently amended the Constitution to set EU and NATO membership as strategic goals for Ukraine. The country is now profoundly different from that of 2014 and has made impressive efforts, which has led to successful reforms and a stable macro-financial situation.

“The history of the European Union is the history of enlargement. This idea has to be revitalized.  Ukraine is a vital part of Europe’s future”. On behalf of the European Commission, Christian Danielsson, Director General of DG NEAR, stressed the substantial reforms already implemented in Ukraine despite the Russian occupation and aggression. Danielsson also reminded participants of the EU’s significant financial and political support to Ukraine, acknowledging that more political engagement and assistance to civil society is needed. He concluded expressing the need to focus on the key reforms, such as decentralisation and the fight against corruption.

“Free and fair elections are crucial for Ukraine”. Closing the first panel, Kami Witmer, Minister Counsellor for Political Affairs of the US Mission to the EU reiterated the continuous American support to build a stable, prosperous, democratic, and free Ukraine. She also expressed her concerns for the attacks on civil society activists and stressed the need for elections in the country to be free and fair.

“Regardless of the results of the elections, the US will remain a partner for Ukraine”.

Ivanna Klympush-Tsintsadze’s “Ukraine is a vital part of Europe’s future” became the leitmotif of this discussion panel. Participants also agreed that Europe and Ukraine face in 2019 the similar threats of populism and Russian-sponsored disinformation. Finally, it was emphasised that not only Ukraine has to reform and fight corruption, but also the EU and its Member States have an important role to play in fighting against corruption.

Challenges and opportunities of the 2019 electoral year The second panel, moderated by Igor Burakovsky, Head of the Board of the Ukrainian Think Tanks Liaison Office in Brussels and  Institute for Economic Research and Policy Consulting, provided participants with the expert’s views on the factors that will define the elections in Ukraine and the EU. In her intervention, Iryna Bekeshkina, Director of the Ilko Kucheriv Democratic Initiatives Foundation, underlined the unpredictable nature of this year’s elections in Ukraine. Sociological studies show that 66% of Ukrainians see the need for a change in the political leadership of the country, while around 20%  question the transparency of this process.

“The cleanliness of the elections will affect the legitimacy of the future president”. Oleksander Kliuzhev, Analyst at the Civil Network OPORA, denounced cases of administrative resources for electoral campaign, the insufficient transparency of campaign funding and the distribution of illegal electoral material.

“The definition of what constitutes bribery has been conflictive, which is traditionally a problem during elections”. Yuriy Yakymenko, Deputy Director General at the Razumkov Centre, presented an overview of what polls tell us about how Ukrainians see their country and the upcoming elections. EU and NATO membership and the preeminence of Ukrainian language in public sphere are supported by the voters of all main candidates, which also see the restoration of sovereignty and territorial integrity as a precondition for normalisation of relations with Russia.

“A market-oriented economy is supported by 62% of Poroshenko and Zelenskiy voters, while almost 70% of Yuriy Boyko’s prefer a greater state intervention in the economy”. The second panel concluded with the intervention of Roland Freudenstein, Policy Director at the Wilfried Martens Centre for European Studies, who presented the impact that the upcoming European Parliament elections in May may have on EU-Ukraine relations. The “good news” is that Ukraine will not be the main topic of these elections so the populist will not use the Eastern enlargement as a topic of debate. However, there was evident Russian meddling and disinformation.  In order to defend itself from populists and Russian trolls, Ukrainians should strengthen the independence of the judiciary and protect civil society.

“Ukraine’s contribution to a safer and more prosperous Europe should be the main talking point of Ukrainians towards Europeans”.

Through their interventions, the experts noted that the election year is marked by uncertainty and the constant threat of Russian interference. They also underlined that despite the divide on issues such as language or the role of the state in the economy, there is a strong cross-party consensus on topics such as the need for political regeneration of the country and the Euro-Atlantic vector of Ukraine.

Visions of the future of Ukraine

The last of the UkraineLab’s panels, moderated by Oleksandr Sushko, Executive Director of the International Renaissance Foundation, brought together advisers to the five leading candidates in this year’s Presidential race in Ukraine to answer the question: “What should be expected if your candidate wins?”. After putting forward their candidates’ visions on the future of the country, they were asked to clarify stance of their candidates on EU and NATO membership.

Rostyslav Pavlenko, Director of the National Institute for Strategic Studies and External adviser to President Petro Poroshenko, noted that after the recent change the Constitution enshrines the European and Euro-Atlantic path for Ukraine and that visa-free regime, decentralisation reform, macro-financial stability or the Tomos (a decree of the head of the Orthodox church) on autonomy for the Ukrainian Orthodox Church are all steps already taken in that path. Hryhoriy Nemyria, Member of the Ukrainian Parliament and Foreign policy adviser to Yulia Tymoshenko stated three core ideas: Ukraine is Europe, Europe is still work in progress, and Ukraine wants and firmly believes in its right to participate in this process. He also warned against the vicious cycle of disillusionment and cynicism in the country.

“Without Ukraine whose territorial integrity is respected there will not be a Europe whole and free”. Iryna Venediktova, Head of the Civil law department at Karazin University and Adviser to Volodymyr Zelenskiy denounced Ukraine’s neopatrimonial democracy and called for a more direct role of citizens against the power of oligarchs. The country requires decentralisation, a transparent liberalisation of the land market, a simplification of the tax system and the creation of an “economic passport” for Ukrainians.

“With a military conflict in the East, it is impossible to be a member of the EU and NATO”. Oleg Voloshyn, Foreign policy adviser to Yuriy Boyko campaign described Europe as first and foremost a place of peace and tolerance to minorities, which he considered threatened by the radical nationalism of the ruling coalition.  He recalled the idea of Ukraine as a bridge between the East and the West, and accused the ruling coalition of trying to turn it into a wall to “hide their corruption”.

“Europe is a standard bearer, not Russia, we always refer to Europe as the model”. Finally, Svitlana Zalishchuk, Member of the Ukrainian Parliament and Foreign policy adviser to Anatoliy Hrytsenko emphasised that NATO and EU membership are acknowledged as the undeniable path for Ukraine. She then pointed to the fundamental challenge of security, which requires a stronger army and the convergence with NATO standards.

“In five years I would like to see people running for office who don’t come from spending decades in Ukrainian politics”.

The event concluded with a Q&A session. When asked to share their candidate’s stance on EU and NATO membership, replies ranged from a definite “yes” to both organisations from Poroshenko and Hrytsenko’s representatives, through a “yes” with reservations – from Tymoshenko’s representative (who questioned the convenience of full implementation of the Association Agreement),  and Zelenskiy’s representative (who considered that membership will not be possible while the war continues in Donbass), to a “no” to NATO from Boyko’s campaign representative, who was also ambiguous towards the EU.